ALUMNI STORIES: 'WE WANTED TO SHARE THE AMAZING EXPERIENCE WE'D HAD WITH THE WIDER WORLD' 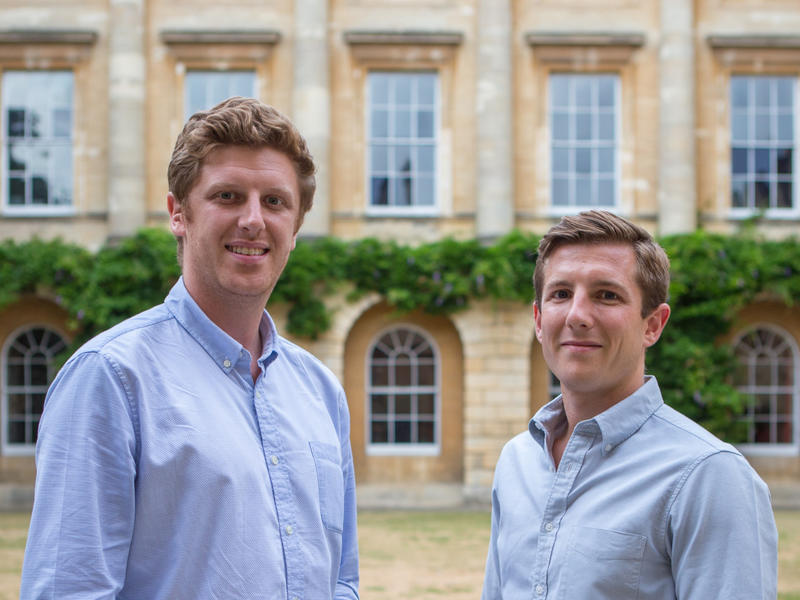 ALUMNI STORIES: 'WE WANTED TO SHARE THE AMAZING EXPERIENCE WE'D HAD WITH THE WIDER WORLD'

How did the two of you meet?

Harry: We met at school in Reading aged 11. Rob stole my crutches after I’d injured my foot. It didn’t originally seem like we’d be friends. Something must have happened in the 22 years since…

You both decided to come to Oxford, what was behind those decisions?

Rob (shown, below right): I was actively encouraged not to apply by my teachers, so I thought I should to prove people wrong. Getting in wasn’t something I expected to happen. Having a chance to dive into a subject I really enjoyed and deepen that knowledge in stunning surroundings was too good an opportunity to miss.

Harry (shown, below left): My older brother was studying PPE at Lincoln College and I used to borrow his books which drew me towards the course and Oxford too. When I visited him and saw how much fun he was having, that sealed the deal. 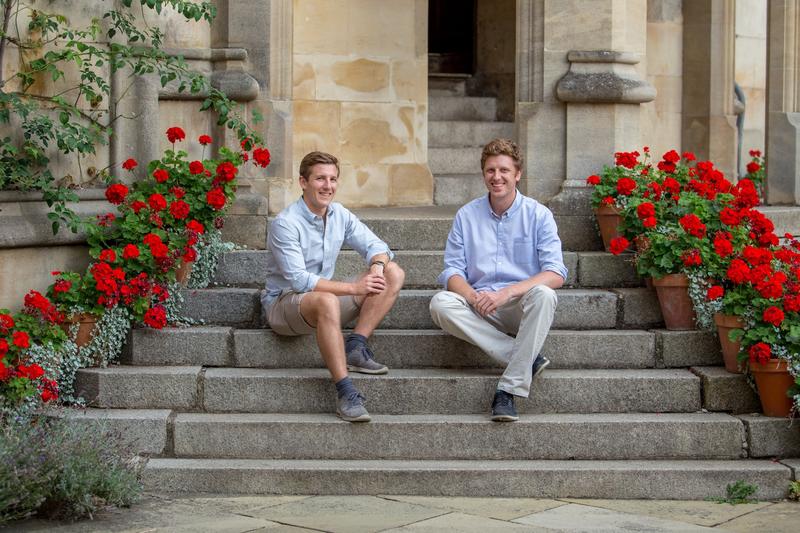 How did studying at Oxford affect you both?

Harry: Profoundly. Having tutors with an abundance of intellect and humanity. Studying alongside interesting people from across the country was a genuine privilege. My politics tutor Dan Butt used to run a political theory reading group which taught me how to enjoy the company of other people discussing politics over a few drinks (and I still meet up with friends in London to do this now).

Rob: I would echo that, it’s easy to forget the way in which the environment shapes you, being in Oxford and the conversations that you have with some of the smartest people both in terms of peers and academics was formative.

How did the idea of creating Oxford Summer Courses come about?

Harry: We both stayed in Oxford over the summer following our graduation and taught visiting students in college, it was then that we saw a gap in the market for a course that more faithfully recreated 8th week of Trinity term for motivated international students…Oxford Summer Courses was born.

Can you tell us a bit more about the company and the work that you’re doing?

Rob: Since 2010 we’ve grown significantly from the original cohort of 31 students and our courses now cover 14 colleges in Oxford, five colleges in Cambridge, London and Stanford (USA). We also take tutors to teach on location for students that can’t make it to Oxford in India, Singapore and Latin America.

So, you’ve now expanded the company to be international, what’s next?

Rob: In 2016 we founded Universify Education as a charity to work with Year 10 students from disadvantaged backgrounds in the UK to boost their attainment and aspiration to help them gain places at highly selective universities. It’s still early days, but we want to work with every college in Oxford to help widen access and provide a pipeline to Year 12 interventions such as UNIQ. We’re consistently seeking funding to expand the programme and increase the student intake.

Harry: The ultimate gamechanger is taking the benefits of a tutorial online, for those who can’t come to Oxford. We’re strongly committed to democratise education – we’re currently working on something highly ambitious but which would be amazing if it comes off. 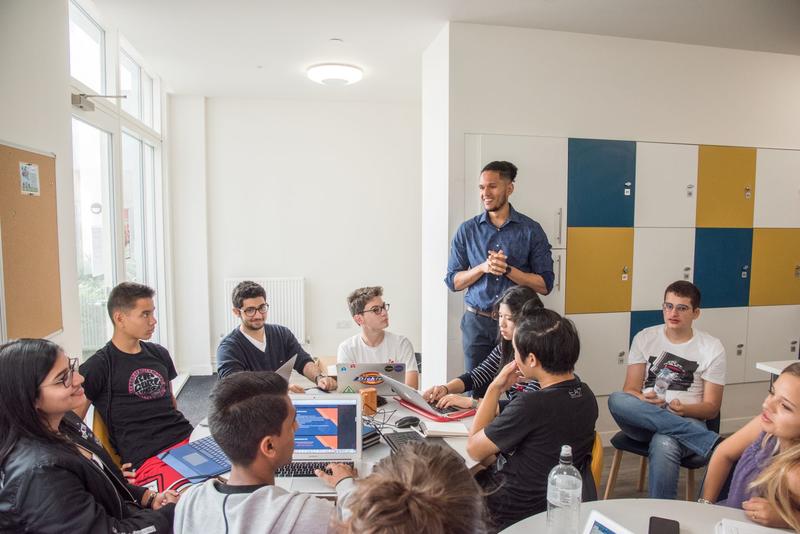 Why was founding this company important to you?

Harry: We wanted to share the amazing experience we’d had with the wider world. We saw that there were lots of different organisations doing things in Oxford during the summer and we wanted to do something more academic which added the authentic experiences we’d had whilst students here.

What are some of the greatest successes to come out of Oxford Summer Courses?

Harry: We’ve had a number of students go on to do incredible things, including: publishing books of poetry, writing computer programmes for smart homes and securing places at world class universities. We were also thrilled that our first Universify cohort of 41 students (50% free school meals) achieved 3 Oxbridge offers in January 2019 which an amazing achievement.

From a business perspective, we were recently ranked 20th on the Sunday Times Fast Track 100 (fastest growing companies in the UK). It’s a testament to the incredible hard work of our HQ team as well as the tutors and on-course staff that look after the students and deliver amazing courses. It’s a source of personal pride too as we both left jobs to pursue Oxford Summer Courses full-time in 2015 and things have taken off since then. We also won an award for our workplace culture which is important to mention in the same breath as it shows we’ve grown fast but not at the expense of the team. 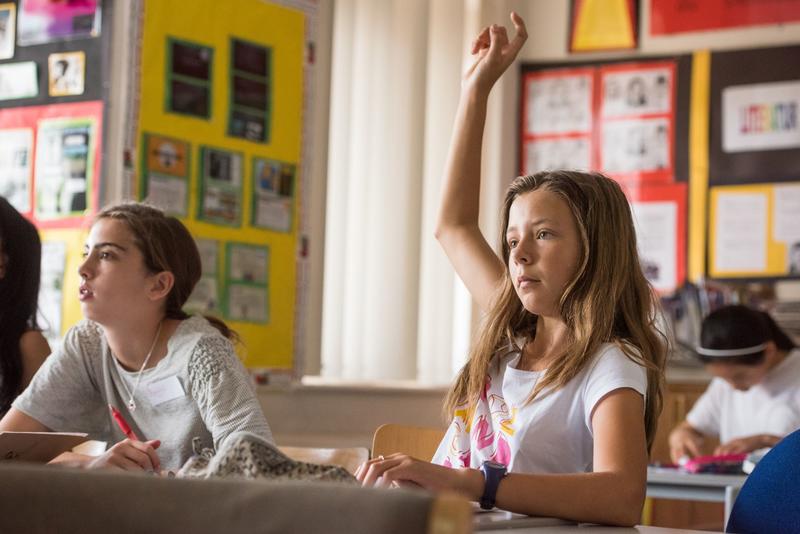 What are the challenges of being entrepreneurs in the education arena?

Harry: Two spring to mind, firstly, summer schools don’t always have the best brand, particularly in Oxford. Common misconceptions are that we run a how-to-get-into-Oxford course or that the students are all dumb, rich kids. Both are misplaced – our courses are about providing the best possible academic experience and don’t have any admissions content and the students are often exceptionally bright – a 16yr old programmed an AI to win at blackjack last year!

Secondly, offering intellectually curious students the chance to learn more about their subject with great tutors at scale is a challenge. We have high standards and finding the very best tutors is important to us, we have worked very hard to ensure that we retain those high standards as we have grown. 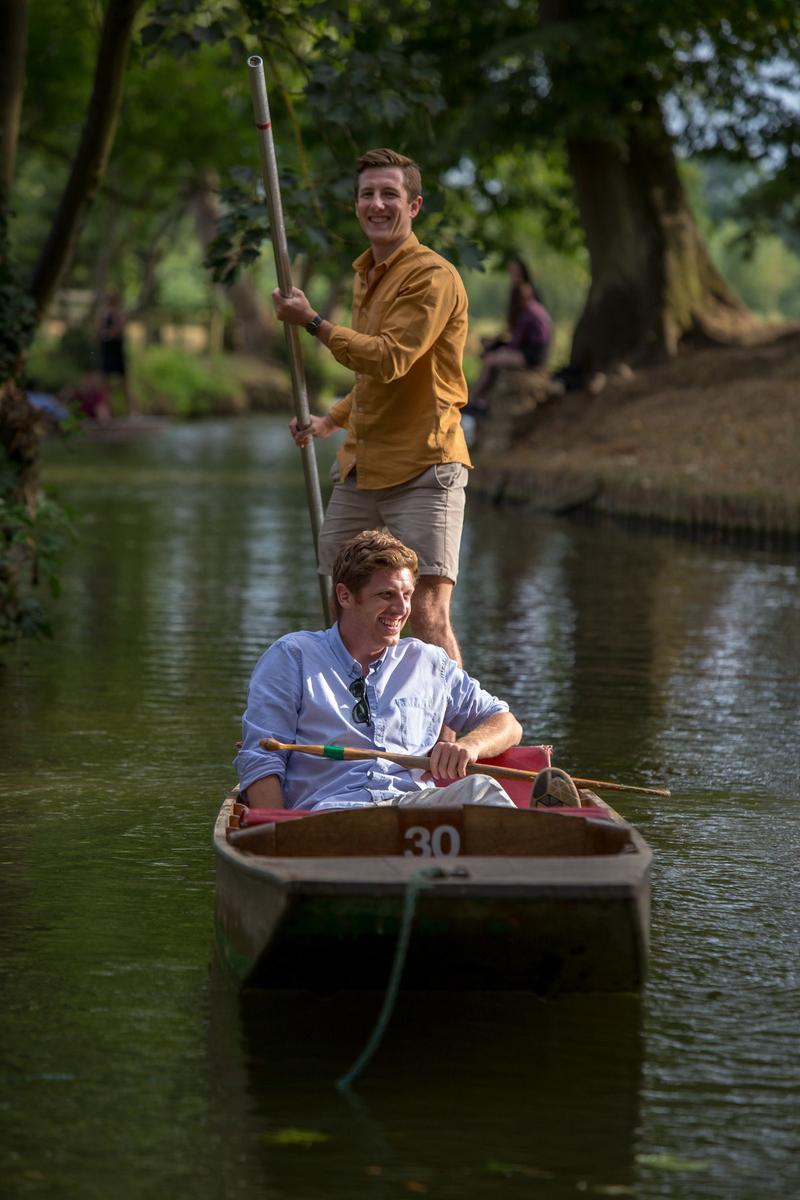 Do you have any favourite memories of Oxford?

Harry: Finishing finals, guest dinners, Political Theory tutorials, football on Christ Church Meadows, the PT, a 100-yard journey taking 30 minutes due to the number of people you bump into, scoring a goal at Iffley Road, living three minutes from all your best mates, a three course meal at formal hall for £3.79, acting in a 24hr play.

Rob: Ultimately my fondest memories are centred on the friendships I made whilst at Oxford. I’ve made lifelong friends and the chance to live with your friends for three years was a brilliant experience. One story that springs to mind was convincing people that one of our friends was the Polish chess champion. Despite never having played chess, he was consistently hounded by the blues chess team. I can never remember if he actually represented Oxford in the end.

In a sentence, what does Oxford mean to you?

A unique academic and cultural adventure: from the sublime to the ridiculous and everything in between.

Find out more about Oxford Summer Courses and Universify Education.