A FUNNY BREXIT NOVEL, AT LAST 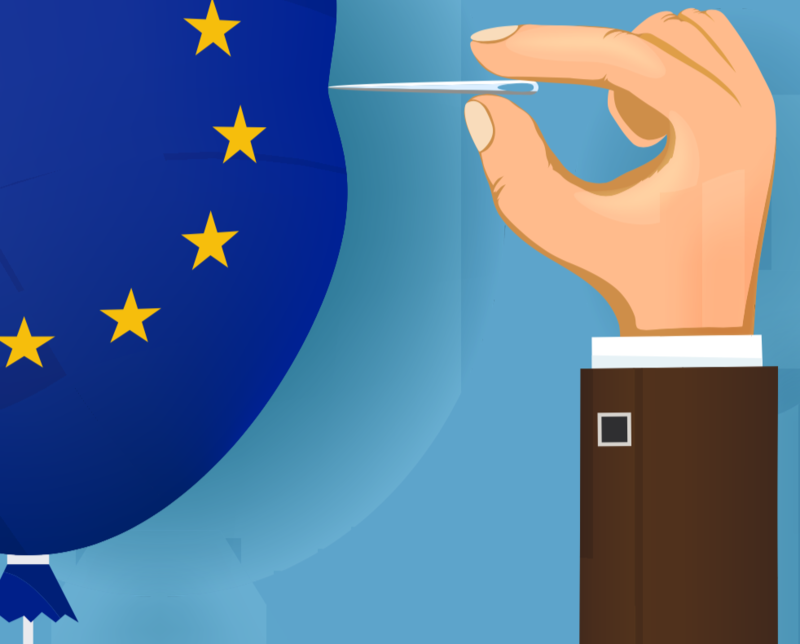 A FUNNY BREXIT NOVEL, AT LAST

For sheer absurdity and slapstick, no one serves it up quite like Mark Hanlon in The Pong of Power

Mark Hanlon (St Peter’s, 1991) studied Modern History, did the law conversion route to the City and after a successful career stepped back to accommodate a second career as a writer.  One of his earlier books, Middle Class Hell and How To Cure It contains a humorous element of autobiography, ‘from a boyhood in a Hartlepool populated by fearsome tea-swilling grannies, through an Oxford education with a champagne-dispensing tutor in Modern History, to work as a City lawyer.’ 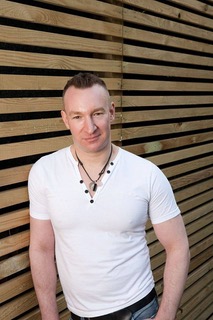 His third career is as a qualified Reiki healer. Reiki is a spiritual healing practice which originated in Japan in the early 20th century, premised on a belief that the physical body is energetic, and when the energies of the body are balanced, it is able to heal itself. The word “Reiki” loosely translates to “universal life energy” which is used to rebalance the energetic, and thus physical, body. 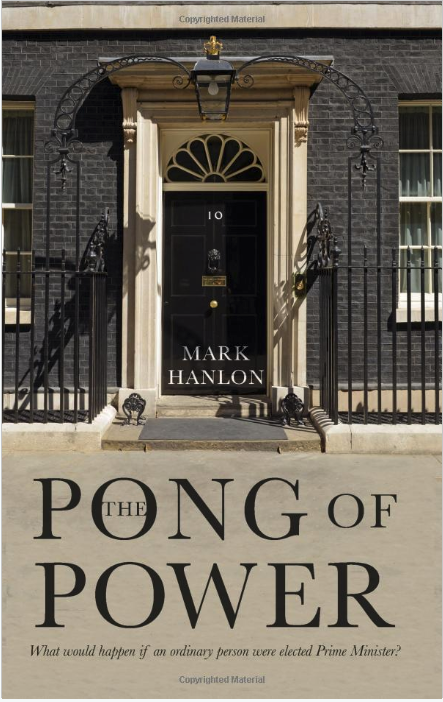 His latest book is a bit uncanny for its prescience. He began writing it in 2017, a year after Britain’s referendum vote to leave the EU, and a few months into the Trump administration in the US. He submitted it in the summer of 2018 just as the BREXIT schedule was going off the rails, and in all sorts of ways the narrative is vaguely reminiscent of reality despite being outlandishly and deliciously daft.

In The Pong of Power Hanlon envisages an ordinary woman (but for her mobility scooter, which becomes a leitmotif) who has a rant in a shopping mall about the state of the nation, and blow me gets elected to Prime Minister. After the formation of the Brexit Party in April 2019 and its topping of the poll in a national election just a month later, the rapid rise of the ‘Old Lady Party’ in the book starts to look comically plausible. 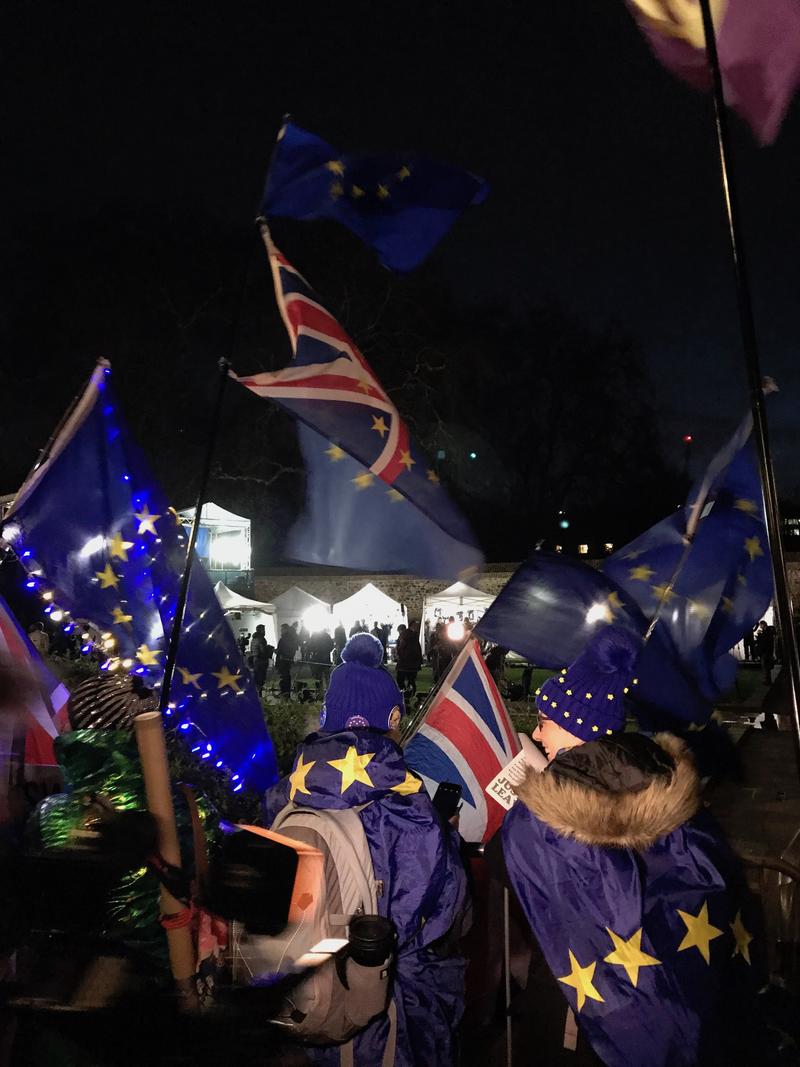 College Green, Westminster, 14 March 2019, on the night that Parliament voted for 'Delay' on BREXIT

Part of the plot, at face value, is about the sheer absurdity of politics as we currently experience it. The old certainties of the late 1990s and early 2000s have been shattered, to be replaced by an addictive, surreal chaos. Through parody, the book questions how much more bizarre the situation can get. But another part is about the hidden forces at work that get certain individuals elected and then – more often than not – destroyed. A steep trajectory up; and a steep trajectory down again.

The book’s not for everyone. It’s very slapstick in places. In her manifesto, the Old Lady advocates, ‘the Old Lady values of the tea shop, the knitting group, and the cardigan catalogue – not the values of the mobile phone or the sex app.’

The action takes place in Catford, south-east London suburbia. The mood is a bit Gerald Scarfe meets David Walliams, crossed with vestigial elements of Yes Minister, with a dash of James Bond thrown in during a hair-raising battle between two battle-armoured mobility scooters.

By making the Old Lady 120 years old, history comes back like a waking nightmare, and in the General Election that takes place, UKIP-BNP Alliance is represented by none other than Hitler. 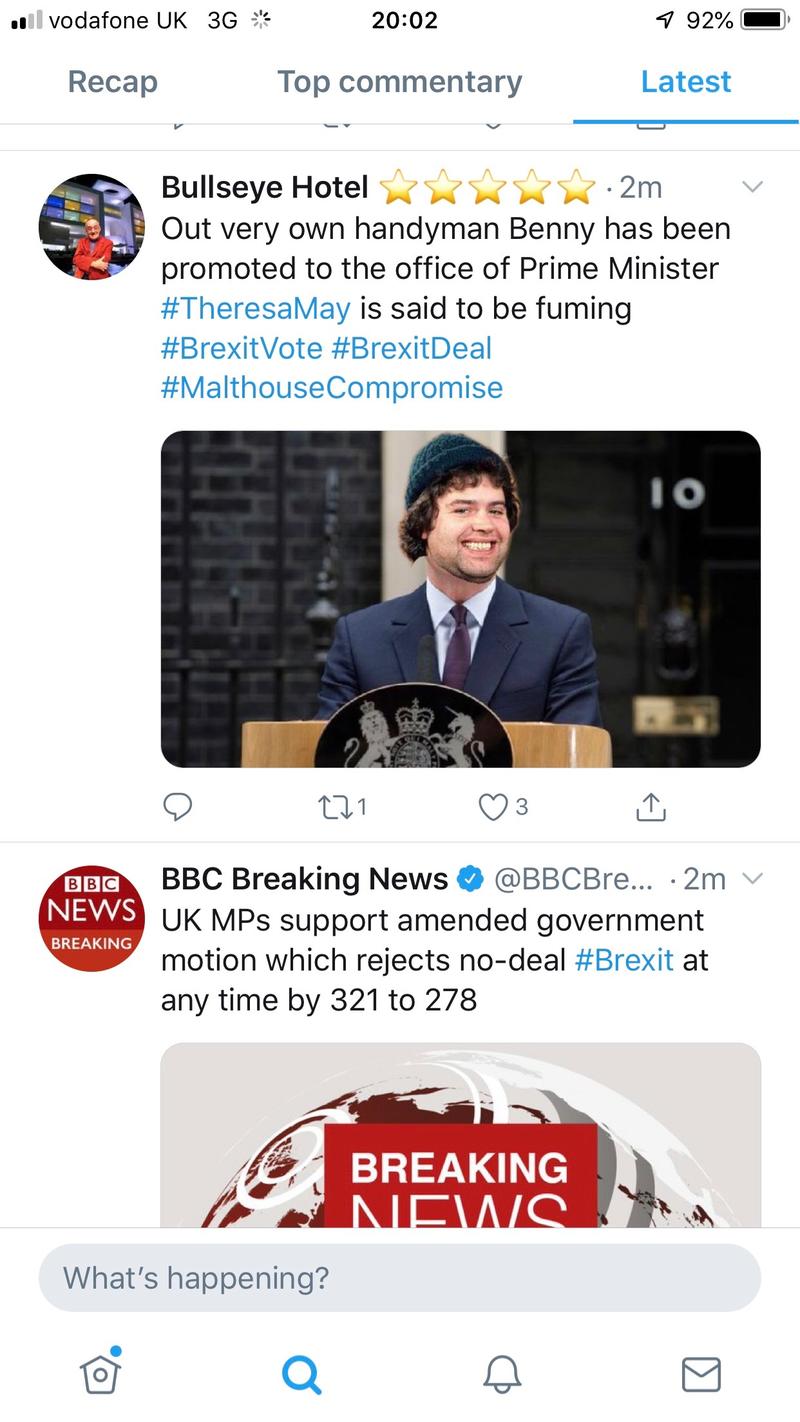 Theatre of the absurd: Paul Henry as the lovable handyman Benny Hawkins in the popular 1970s and 80s, UK TV show Crossroads. The date of the Tweet is Wednesday March 13th, 2019, midway through a week of dramatic Parliamentary votes in Westminster, which went from a deal for leaving the EU, to a vote against leaving with no deal; and finally on the 14th March to a vote for delay.

A lucid comment from the narrator: ‘Anything is possible these days since we ‘took back control’ from the EU. Literally, anything goes…’

Some of that energy can be felt in 2019, the positive nagging at the negative, the strange air of not knowing and stasis balanced by impending developments and unknowns.

Later on, a crisis of identity calls into question the whole identity of the Old Lady, suggesting that she’s actually a gay man in his sixties. Another disappointing political deception, this time involving identity politics?

Absolutely absurd things happen yet 10 Downing Street ploughs on anyway, what to do?

It’s extremely British, and Mark says that he also wants to show how bar stool pundits everywhere wouldn’t have a clue what to do if suddenly thrust into power.

Hanlon himself stood as a Councillor in Lewisham in 2011. ‘I found the amount of abuse all candidates were subjected to very disturbing. It informed a lot of the themes I wanted to write about concerning politics and our society, which I’ve decided to do through humour.’

The Pong of Power is published by Troubador and is available from the Troubador website.

Theatre of the absurd: Paul Henry as the lovable handyman Benny Hawkins in the popular 1970s and 80s, UK TV show Crossroads. The date of the Tweet is Wednesday March 13th, 2019, midway through a week of dramatic Parliamentary votes in Westminster, which went from a deal for leaving the EU, to a vote against leaving with no deal; and finally on the 14th March to a vote for delay.