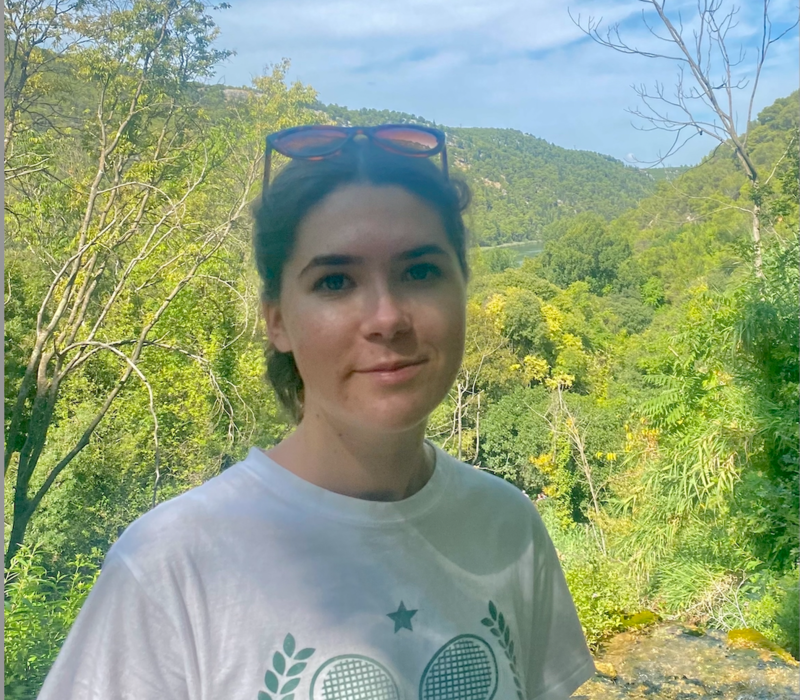 Eireann speaks to QUAD from the 2022 long vacation, having just completed her first year at Mansfield College, reading for a degree in geography

Eireann is one of just ten annual applicants to be accepted into the prestigious Promentor Mentorship scheme offered by Oxford University’s Careers Service.

Supported by the MaxEm Trust, the Promentor Programme offers mentoring by Oxford alumni exclusively for foundation and first year students on bursaries at the University of Oxford, for the duration of their undergraduate degree.

Eireann came to Oxford on a Ruben Scholarship, aimed at low-income families. It was this link that led her to hear about the Promentor scheme in time to apply in her first month at Oxford.

She echoes the testimony of other participants, saying that the application was very straightforward.

Eireann stated her career interests as clustering around sustainability.

‘I read Naomi Klein’s This Changes Everything. It was very good.’

Eireann notes straight away, that sustainability knows many forms.

‘I’m mostly interested in environmental and social sustainability, but in the sense that if you can get those two elements right, economic sustainability tends to flow too, both at a societal level and at the level of individual organisations including companies.’

At the time of our conversation Eireann was working temporarily in the catering wing of the Commonwealth Games, at the NEC in Birmingham.

She says the work is very good – she was meeting a very wide range of security staff, police and army, and had seen Prince Charles and Camilla from afar in the VIP section; and had already noted to herself the many ways in which the catering aspect could have been far more environmentally sustainable than perhaps it actually was.

During her Fresher year at Oxford, she had carried out a field study of changed shopping patterns at Oxford’s Westgate Centre as a result of COVID, plus another at the University-owned Wytham Woods, concerning student contributions to ecology research.

Her four mentors have been terrific so far, she adds. They include an EU legislator who mediates science and the law; a civil servant within the Department of Business, Energy and Industrial Strategy and a financier in charge of sustainability at a major asset manager and a new head of sustainability at a private company.

‘It’s been very good to speak to people with shared values and aspirations, in roles I might aspire to. I noticed how in their own journeys, they often experienced coincidences or lucky turns; you never quite know how it’s going to go.’

‘There is also a lot of greenwashing out there right now. That was another theme of our discussions.’

Turning to Oxford, Eireann says that while she is aware of the many different backgrounds of students at the University, Mansfield has been very welcoming of her and her Birmingham comprehensive school background has been no problem at all.

‘Neither of my parents have university degrees and I am the first generation within my family to go to university, so Oxford was not even on the agenda to begin with.’

‘What the mentoring allows me to do is build conversations and confidence that I could not otherwise have achieved. My paid vacation work at the Commonwealth Games has been just as valuable in some ways – there’s sustainability at level of theory and books, and then there is catering at a major event, where people have to be served food and drink. That’s been fascinating to watch.’

Looking ahead to the beckoning academic year, 2022-23, she says she will aim to continue communicating with all four mentors.

‘In particular I am visiting one of my mentors in person to understand their work environment and job role in greater depth. I would also like to develop as a character, having the mentors as guides, discussing ways in which I can improve such as furthering my knowledge about the sustainability field.’

To find out more about what it means to be a mentor and to register your interest visit the Careers website or email promentor-programme@careers.ox.ac.uk