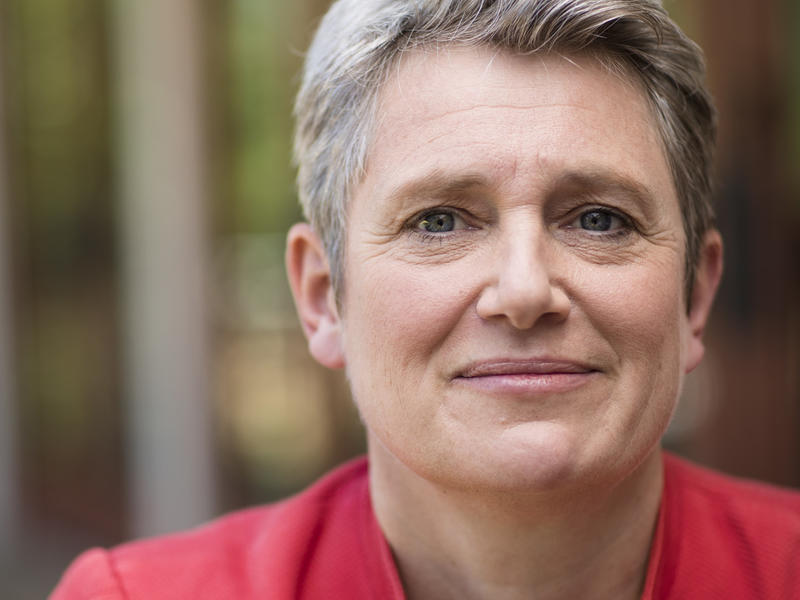 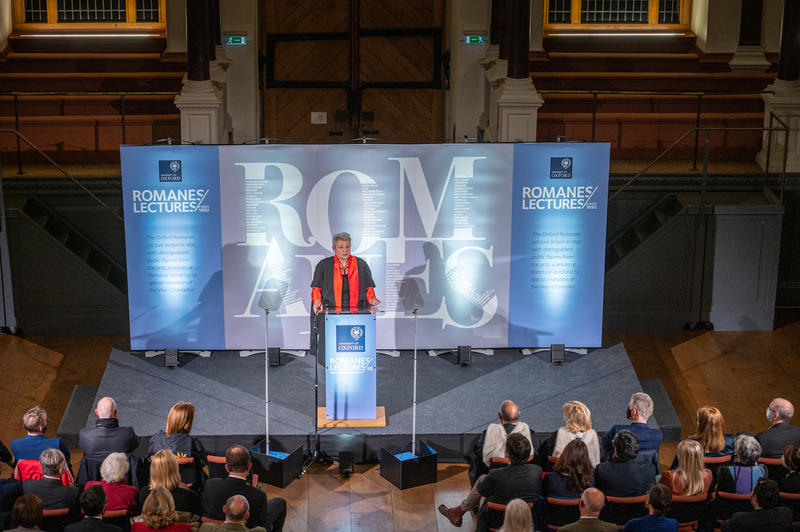 Dame Catherine (Kate) Bingham (Christ Church, 1983) gave the widely anticipated 2021 Romanes Lecture on 23 November at the Sheldonian Theatre, having served last year as the Chair of the UK’s Vaccine Taskforce, between May and late December.

She told the inside story and approach of the Vaccine Taskforce, detailing obstacles in Government and Whitehall that were barriers to the vaccine procurement success.

She cited in particular the lack of commercial and scientific skills among the Cabinet as well as Whitehall, which too often led to a lack of trust born of ignorance, and a routine assumption among officials that businesses have no motive beyond greed.

‘The government must do better. It needs to take a positive, proactive approach to the life sciences industry. The government lacks the knowledge, and interest to detect the differences between money-grabbing opportunism and valuable corporate behaviour. This leads to some damaging decisions.’

‘Across government there is a devastating lack of skills and experience in science, industry, commerce and manufacturing – the very skills needed to bring an unproven medicine from the laboratory safely and effectively into people’s arms.’

‘Currently there are very few with science or operating backgrounds at all levels of government. If you lack scientific knowledge, then you cannot make the right decisions about science and medicine. We need to embed science into policymaking, at every level of government.’

She noted that while there is a science (STEM) intake to the Fast track Civil Service recruitment, it only recruits 20 individuals a year, meaning that the vast majority are drawn from an economics, politics or history degree background.

She noted that to date, approximately 140,000 people have died from COVID in the UK, roughly a third of all UK civilian and military deaths in World War Two.

Noting at the start that in some respects COVID-19 was a less complex adversary than it might have been, she ended her lecture by saying that another pandemic is widely predicted, not to say inevitable, and that Ebola killed 90% of the people who contracted it.

Continuing with her earlier military comparison, she said, ‘We invest in our conventional forces, we recognise the importance of developing intelligence and we plan for a vast array of difference scenarios, yet we our neglecting the most likely threat to the nation - the next pandemic.

We must act now to build our defences against a future catastrophe. Another war is coming, let’s make sure we have the right people, with the right skills to fight it.’

Kate Bingham DBE undertook the unpaid role of Chair of the UK Vaccine Taskforce from May 2020 to late December 2020. Reporting directly to the Prime Minister, she led a team of world-class experts from across industry, science, academia and government with the shared purposed of finding and manufacturing COVID-19 vaccine/s.

Established in 1892, the Romanes Lecture is the annual public lecture of Oxford University. Previous speakers include Baroness Hale of Richmond, Hillary Rodham Clinton and Gordon Brown.