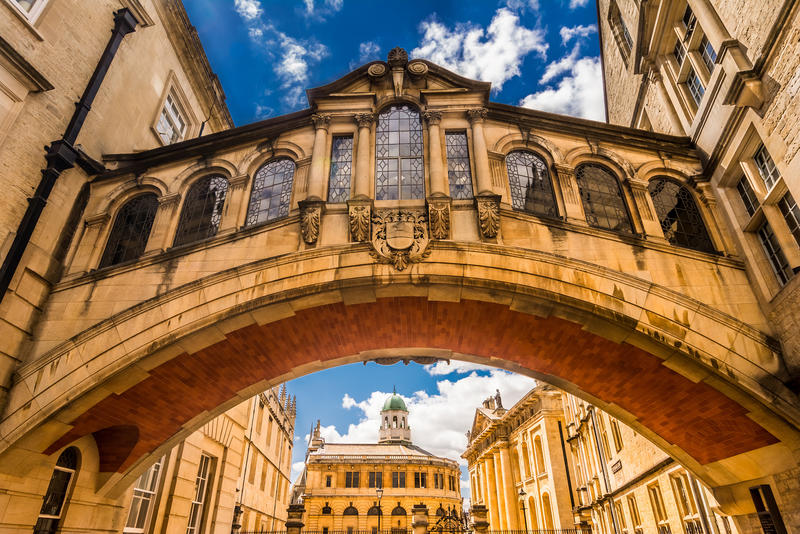 Building on Oxford’s long-standing commitment to refugee scholars and other forced migrants globally, a graduate scholarship scheme offering targeted support to refugees from Ukraine has been launched by the University of Oxford and its colleges for the 2022-23 academic year.

The Graduate Scholarship Scheme for Ukraine Refugees has been set up with the aim of providing further academic training for well-qualified graduates from Ukraine whose lives have been badly impacted by war and enable these refugee scholars to better contribute to the reconstruction of their country.

Up to 20 scholarships will be awarded to graduates who are ordinarily resident in Ukraine, for admission onto a postgraduate taught course (Masters). Applicants will have the opportunity to apply for full-time, one-year courses in a broad range of subjects.

President of Reuben College, Professor Lionel Tarassenko, who devised the scholarship scheme and whose paternal grandfather came from Eastern Ukraine and became a refugee, said: ‘Like everyone else, I was horrified when the conflict started in late February, and immediately began to think about how best to help the people of Ukraine. Having been an academic in the University for the past 34 years, I had no doubt that Oxford could play its part in supporting students fleeing from the conflict.

‘The University offers a fantastic range of high-quality Masters courses. As the former Head of a large University Department and now the President of Oxford’s newest college, I was able, with the support of senior colleagues in the University and its colleges, to devise a graduate scholarship scheme for Ukraine refugees. I am thrilled that this scheme should now enable Oxford to welcome 20 refugee scholars starting one-year Masters courses at the beginning of next academic year.’

Scholars will receive a package of financial and welfare assistance from both the University and the participating colleges throughout their time at Oxford.

Professor Louise Richardson, Vice-Chancellor of the University of Oxford, said: ‘Like others, we have been horrified by the suffering and destruction caused by the Russian invasion of Ukraine. Our community is united in our desire to do something to help. These scholarships represent our effort to provide an opportunity to students and academics whose scholarship has been disrupted by the war. We look forward to welcoming colleagues from Ukraine into the University of Oxford.’

The scholarships are co-funded by the University and participating colleges. The course fees as well as the graduate application fee will be waived. Each scholar will be given free accommodation and meals within their college, and a grant of £7,500 to support their study and living costs.

The Oxford Refugee Studies Centre will also act as a hub for the scholars, offering access to a programme of seminars and events, and mentorship.

Baroness Jan Royall, Principal of Somerville College and Chair of Oxford University's Conference of Colleges, said: ‘The war in Ukraine continues to cause immense suffering and long-term repercussions for those affected. It has been inspiring to see the speed and unanimity with which the colleges have rallied to support this important new programme. In time, there will be more for us to do in order to lessen the impact of this terrible war – but this scheme will give Ukrainian students a chance to rebuild their lives now, which is invaluable.’

Recruitment of scholars will take place through a campaign run by the University throughout May 2022 involving large-scale advertising amongst Ukrainian universities, through social media and informal networks such as the communications channels of the Oxford University Ukrainian Society. Potential scholars may also come through the family reunification route, the UK Government’s Homes for Ukraine scheme, or other routes.

The University and colleges are also working to provide welfare support to current undergraduate students who have been impacted by the conflict in Ukraine, as well as providing financial support where necessary. Further support is being offered for those applicants from Ukraine who are due to commence their course in Oxford in October and whose education or financial situation has been affected.

The University continues to support the work of the Council for At-Risk Academics (CARA). CARA's Fellowship Programme helps academics at immediate risk around the world to escape to a place of safety where they can continue their work, including a growing number from Ukraine. The University is also an applicant to the Researchers at Risk Fellowships Programme, being delivered by the UK National Academies and in partnership with CARA, which will support researchers at risk to continue their research in the UK for up to two years.