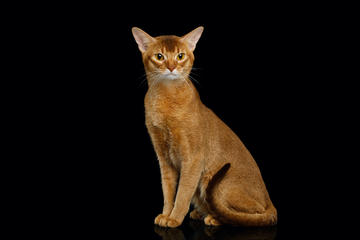 Like all the best philosophies this latest volume by John Gray (Exeter, 1968) is slender. At 122 pages all in, it is also a deceptively easy read, being full of literary renditions of cats and other stories.

Gosh, it even ends with a media-savvy listicle of ten feline hints on how to live well, the fifth being a classic, one might say Grayist broadside at the self-help industry, ‘Forget about pursuing happiness, and you may find it…’

But there is so much more here. In the broadest of senses Gray uses cats to put us in our place, noting how if they could understand the human search for meaning ‘they would purr with delight at its absurdity.’

But this leads to a devastating attack on most of the edifice of human pontificating that has been erected over the ages by sages, whether religious or philosophical, the very distinction a product of modernity, as noted in a terrific section about cat reverence in ancient Egypt.

The trouble is, this is the author of The Silence of Animals: On Progress and other Modern Myths, clue in the title. So however delightful this volume on feline friends, and it is delightful, it pounces too.

Very early on Gray writes, ‘Cats have no need of philosophy. Obeying their nature, they are content with the life it gives them. In humans, on the other hand…’

Shortcut: can we be more like cats and less like humans? However, there’s a well-versed trap in this line of thinking that German philosopher Friedrich Nietzsche (1844-1900) was held to have fallen into by some of his critics. If we have power then let us use it! Blonde beasts, Nazi appropriation, cats hunting birds and tormenting them because they can, all the terrible things of the twentieth century.

But Gray is well ahead of the game, deftly pointing out in the crucial 3rd chapter on 'Feline Ethics’ that to the extent that Nietzsche went in this direction, ‘It is an inverted version of his early mentor Schopenhauer’s universal will to live.’ 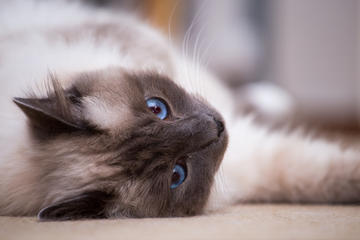 Directly on the issue of cats being ‘cruel’, he argues that it is humans who are cruel to animals, the concept having no validity for a creature with no equivalent empathy and self-consciousness.

Side-stepping the Nietzsche trap, Gray is instead hot in pursuit of an ethics eschewing laws and rules handed down by a human or divine authority. The key philosopher here for Gray is Dutchman Benedict Spinoza (1632-77).

Tantalisingly, he notes how Spinoza touches Taoist thinking and an eastern tradition, and for such a short book it is surely an important moment when Gray pinpoints, via American scholar Paul Wienpahl, how seventeenth century French philosopher Pierre Bayle ‘related Spinozism to ‘the theology of a sect of the Chinese.’

Going further still for such a slender work, Gray picks up another Spinozist scholar the Norwegian Jon Wetlesen, whose observation is that Taoism requires ‘being what one is’, not ‘becoming what one is not.’

Feline philosophy is not a rendition of earlier thinking but a building out of previous themes explored by Gray. Because featured before in Oxford Today, QUAD approached John Gray for comment. He replies:

The book can be read as a summation of the post-humanist view of things I've developed over the past twenty years or so. It breaks new ground in some areas, going further in its critique of philosophy and in detailing how a post-humanist outlook applies in ethics.

At the heart of the book is a dismantling of the human ego and all the daft things we tell ourselves about our ‘selves.’ If you read this book correctly it delivers a crushing blow to much of the self-creating, all-consuming and much-consuming liberal capitalist individualism that we’ve all grown up with.

Of course, ‘being what one is’ triggers all the old questions again, how to live well but without illusion, and presumably without being so disillusioned that we give up. 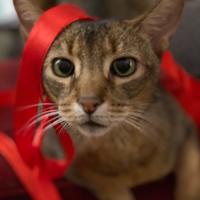 This is where the various characterful cat narratives come to bear, the book beginning with a CBS journalist John (Jack) Laurence rescuing a kitten in the hellish fighting that ensued in the Vietnamese city of Hué in February 1968. One conclusion is how wonderfully and fearlessly cats live their lives. They just get on with it.

Life and death questions are so central to feline philosophy that we asked John if the pandemic had influenced its writing, but apparently not:

'The book was written before the pandemic. The spread of the virus illustrates the fact that humans can never be masters of the planet, as has always been the case. Humans can use their growing knowledge to protect themselves against the dangers of the natural world, but cannot hope to rule over it. In the latter regard we are no different from other animals.'

The book reads perhaps more compellingly than ever in light of the pandemic, for these same reasons. Gray published an essay in December reflecting on 2020. He titled it The year of the Great Humbling.

But like the fearless, contented cats that populate feline philosophy, humans have also evolved to fight for life and will no doubt continue to fight against the COVID-19 virus.

Feline Philosophy: Cats and the Meaning of Life by John Gray, was published by Allen Lane in 2020