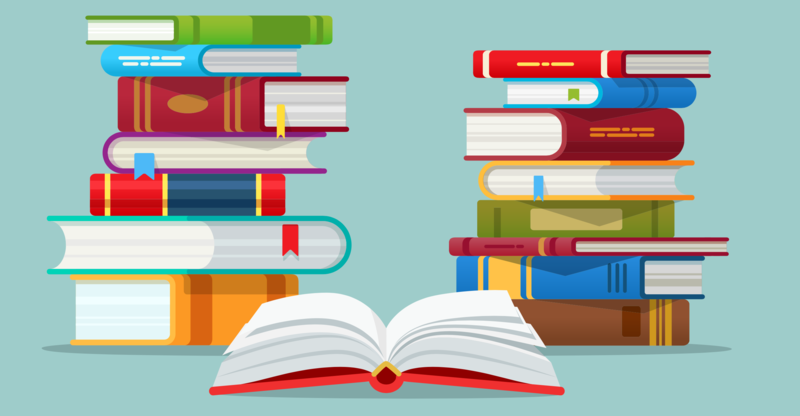 We have a riotous half-dozen books for July. Some are brilliantly escapist while others are either summery or inescapably pertinent.

Carolyn Kirby (Milner, St Hilda’s, 1983) has published a historical novel concerning two women caught up with one man, in World War Two. When We Fall will be published as a paperback by No Exit Press on July 15, and in hard cover form since May has already received high praise. British pilot Vee Katchatourian is determined to get her flying Wings, in spite of her sex and foreign name, in England in 1943. Meanwhile, in Occupied Poland, Ewa Hartman serves German officers in her father's guest house, while secretly gathering intelligence for the resistance. What neither woman knows is that they are in love with the same man... Stefan Bergel is haunted by a choice he made whilst held in Russian captivity. Now, he's one of the only surviving witnesses of an appalling war crime - a crime that risks going unpunished. Compelled to expose the truth, Stefan asks both women to take enormous risks for him. Their actions could completely change the course of the war... but is he asking too much?

From here we race forwards to 2021 and the latest findings of neuroscience explained by the incomparably gifted JohnParrington, also Associate Professor in Molecular and Cellular Pharmacology at the University. In Mind Shift How culture transformed the human brain (OUP, 2021) we get a tour de force that will equally interest both scientists and those who consider themselves over on the humanities side. The author asks the simple but enormous question: what makes the human brain unique, and able to generate such a rich mental life? It differs strikingly from those of other animals in its structure and function at a molecular and cellular level. But the big difference expressed as a sort of ‘tool’, is language. The complex social interaction brought by language opened up the possibility of shared conceptual worlds, enriched with rhythmic sounds, and images that could be drawn on cave walls. This transformation enabled modern humans to leap rapidly beyond all other species, and generated an exceptional human consciousness, a sense of self that arises as a product of our brain biology and the social interactions we experience. Linking early work by the Russian psychologist Lev Vygotsky to the findings of modern neuroscience, Parrington explores how language, culture, and society mediate brain function. Completely relevant to the aftermath of the pandemic, the book leads towards new insights regarding mental illness. How do we understand it better, and how might we treat it better? 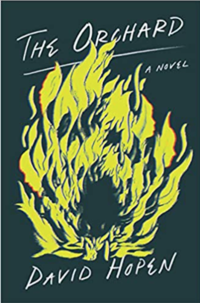 Back to fiction and debut novel The Orchard, by David Hopen (HarperCollins, 2020). We’re slightly late to this one, which came out late in 2020, but Hopen (St Anne’s, 2018) has written a very well received debut novel about a Jewish lad whose religious security is turned upside down by a move to Miami. Described by one critic as an ‘engrossing bildungsroman’, the book blazes away at the tensions of youth, between individualism and conformity, piety and godlessness, with abundant excesses and japes and of course an absorbing tragedy to focus everything. Hopen is now a law student at Yale University so he has got all his bases covered.

Talking God, Daring to Listen by Jacci Bulman (Lion Hudson, June 2021). The author (St John’s, 1987) conducts eleven interviews with a wide range of individuals, all of whom are religious, mostly within a firmly Christian fold but not exclusively so; two of them Oxford University-based. Then she turns to her own journey in Part II, where on the island of Iona an extended retreat permits deep reflection and writing, but with the earlier interviews as guidance and inspiration. The author, who will be back in Oxford on July 18 signing copies for Blackwells, is candid about the heightened nature of her quest, having developed a brain tumour shortly before finals and then subsequent maladies. The search for answers in this narrative is quickened by the sense of mortality that accompanies them. One of the Oxford interviewees is the bursar at Blackfriars, the other an Associate Professor in applied ethnobiology and conservation in Human Sciences, and not coincidentally a convert from Judaism to Christianity. Bulman’s presence is very evident throughout including cut-away comments where she reflects on something that has just been said in one of the interviews, plus plenty of encouragingly ordinary film references and other modern life. Whether it’s exactly your cup of tea is possibly less important than the plea to take a wide and sympathetic approach to listening rather than asserting, in an age where social media has wreaked havoc on the ability of anyone to civilly disagree about anything without losing it. Connecting her quest for faith with her Human Sciences degree at Oxford, at one point Bulman states her intention in the book to learn ‘from a panoramic vision of humankind.’ 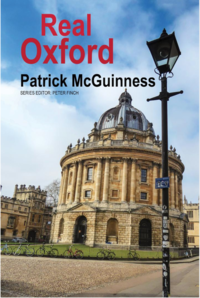 Real Oxford by Patrick McGuinness (Seren, 2021). Published just a fortnight ago, this is a gem of a book written by a celebrated poet and novelist, not to mention Professor of French and Comparative Literature at Oxford, Fellow and Tutor at St Anne's College. McGuinness wanders around the city making sage insights engraved with the proximity and observance of living here for three decades, long enough for very many businesses to come and go, very many sacred sites to be destroyed in the name of ‘Progress’, and many others to remain standing when maybe they ought not. It’s also wonderfully funny, but much better than cheap shots. Starting off at the railway station and describing it as looking like ‘the shell of a bankrupt garden centre’ is simply accurate reporting, while a few pages down the line we find a quotation from one Thomas Sharp to the effect that ‘Oxford stations have come to be spoken of with the kind of joke that people make to keep them from the black despair of hope continually deferred.’ And that was said in 1948, but in 2021 it is also merely accurate reporting for anyone who has been keeping an eye on the station for the past decade. Apart from all this – and there is no room here to do justice to the book so do get a copy – ‘real’ turns out to be scratchy and claw-bared, with the past speaking angrily and the mystical, mythical Oxfords of which there are so many are shunned and sidelined while all the other bits – bits you never went to as a student like Blackbird Leys – get celebrated and studied. This is great stuff and much better than a mere guidebook, but it is also that and you could walk around with it in hand, quietly chuckling as the outrages pile up and the industrial past gathers its iron wits, to choke the ivory towers and spit at the dons. The section on why Boswells closed is controversial because I’m not sure it’s right, but the book is so post-pandemic that at least all these topics are present and accounted for, summer of 2021. 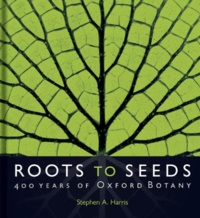 Roots to Seeds, 400 years of Oxford Botany by Stephen A. Harris (Bodleian Publishing, 2021).
There is a devoted interview with the author forthcoming in QUAD, the 400th Anniversary of the founding of the Oxford Botanic Garden taking place officially on Sunday July 25. But make no mistake this is a sumptuously illustrated book that is also crammed with knowledge and personality, history and colour. If you thought Oxford the University was a complex beast, try botany at Oxford. The million-specimen plus herbaria that Harris presides over is partly ‘squashed leaves’ but it is also an archive, a library and a xylarium (wood sample collection). Capsule biographies throughout help to pinpoint the enormously varied and sometimes colourful individuals who helped and hindered the garden, and more often than not raged at the University for not taking them seriously enough. Harris is at pains to point out that these days there is no class divide between practitioner gardeners and academic botanists: they need each other. Meanwhile we need them. If you thought this was a cute garden to visit, and an entirely improbable 5-acre plot right in the centre of the city that didn’t get built on, so it is. But climate change is going to mean a terrifying effort to feed ourselves over the next few decades and that’s where plant science will be in huge demand.