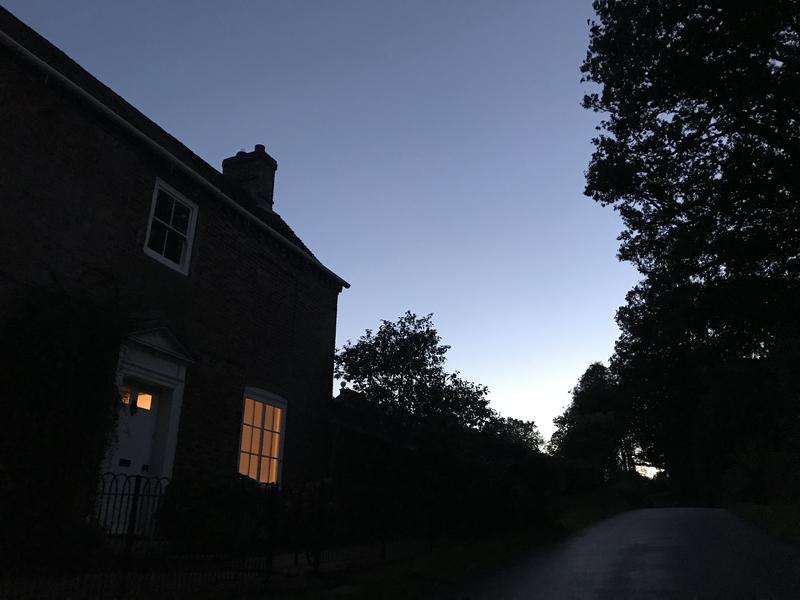 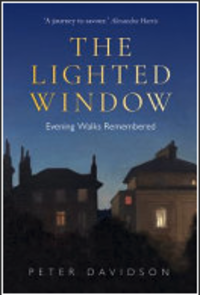 The Lighted Window: Evening Walks Remembered is officially published on Guy Fawkes Night (5 November), a few days after the clocks changed and perfectly pitched for the return of the long northern European darkness.

Largely written before the pandemic, nonetheless the many walks captured here in delightful prose by author Peter Davidson have the air of city streets and countryside whose pavements and byways were strolled incessantly during recent pandemic lockdowns.

As such the book is both richly global and intensely local, the author a Senior Research Fellow at Campion Hall, the Jesuit permanent private hall that opened its doors in 1896 and is situated in Brewer Street, near Christ Church.

A member of Oxford’s English Faculty and specialising in the Renaissance, Davidson’s second string is art history and the book is fabulously illustrated, whether the front jacket illustration of handsome north London villas spilling their downy light into a summer twilight – George Clausen’s Summer Night, St John’s Wood – or the back jacket which is a mesmerising, happy interior by Isabel Codrington, simply titled Evening (1925).

Of the latter, the author notes that ‘one of the strangest aspects of this survey of the lighted window in the dark is the absence of women artists and writers working in the earlier periods which it surveys.’

He adds that even in cultural settings where women were major contributors – such as early nineteenth century Dresden – ‘there are no representations by women of the lighted house or apartment seen from the outside,’ the major theme of the book.

What we get instead is women looking out of tenements or apartments, as though firmly retained by their buildings – the painting that comes to mind of course is Woman at the Window by Caspar David Friedrich, which places the viewer behind the woman so that we look out with her, glimpsing the masts of ships and hence the idea perhaps that an entire world of adventure or commerce is essentially off-limits, to be dreamed about or read about but not directly experienced. 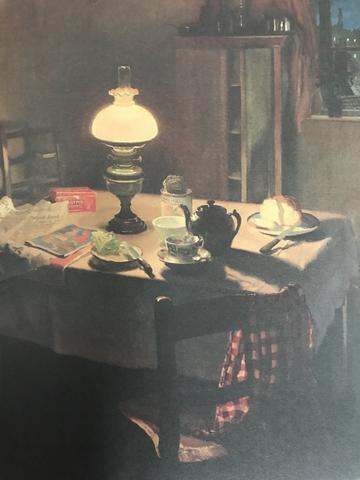 But this changes in the 20th century which is why Isabel Codrington’s Evening (right, detail from the book jacket) is so delightful. While this too looks out onto other lighted windows in a London setting, ‘Perhaps the quality in the picture which most strikes the viewer is its tenderness, its sense of quiet celebration of a professional life achieved and enjoyed.’

There on the table is a nice bright oil lamp, a half-read newspaper, an open can of fruit, a bright red box of digestive biscuits, a cottage loaf half-eaten and a betty brown teapot and period-typical tea cup and saucer – quite possibly Clarice Cliff. It’s an affectionate painting but it is also a pictorial rendering of Virginia Woolf’s A Room of One's Own, a study in female emancipation.

The book starts with an introduction, ‘Oxford at Nightfall’ and a monochrome photo by Norman McBeath of bicycles outside Pembroke College, taken in 2006. Davidson starts, ‘It is evening now and I should walk home soon.’

What follows will evoke fond memories for any alumnus, as the author strolls into Turl Street to see flickering candles in the panelled front room of the Turl Street Kitchen – a throwback to a pre-electric era and alas, now also a pre-pandemic era because it's closed – then he cuts across the High and down past The Bear, that favourite watering hole of Corpuscles, out into St Aldates and thence to Campion.

On arriving at the Hall he slides the tab against his name to ‘IN’ instead of ‘OUT’ while pointing out that a third possibility exists, ‘AWAY’:

‘Given the early history of the Jesuits in Britain it is hard not to associate AWAY with phrases like ‘gone beyond the seas’, or ‘fled to his kinsfolk in the North.’

In all sorts of ways that’s a point of departure for the book and for every student experience of Oxford, where the place functions as a portal on the big wide world, at first read about and then sampled in travel, and eventually entered out into properly. But Oxford is always there, ready to welcome you back and back you will go one day, to be immersed in memory and lighted windows.

The first Oxford painting shown is by William Turner of Oxford, Donati’s Comet over Balliol (1858), which also features the lit window of the chapel and another upper floor gothic window flung open, as though the students have just realised what’s going on up in the infinite inky mass of the blue night sky and have put down their card game to look up.

And that’s the thing. The book could go from Balliol to more first-person wanderings and an essentially Romantic, British and European stroll here and there. But as well as Gainsborough and Whistler and all those twinkly set vistas of the River Thames seen from foggy Chelsea, we head off across a riot of literary genres including those sizzling crime scenes from Sherlock Holmes (‘The trap drove on and a few minutes later, we saw a sudden light spring up among the trees as the lamp was lit in one of the sitting rooms...’) and then to the four corners of the earth with special attention to Japan and North America.

Some of these artworks are by masters of the Japanese early 20th century woodblock, which as the author explains coincided with certain new technologies and the emergence of new pigments of blue ink.

Kawase Hasui’s Evening at Omori Beach (1930) is one such image. It shows single shafts of yellow lamplight spilling from houses on the banks of a dusky river, but simply looking at the image, what you get is a thrilling palate of blues, opalescent in some places and nightfall-dark in others, a masterpiece of fading light.

The book is worth acquiring for this one illustration on page 25, and one could wager that very few Oxford alumni will have ever seen this image outside of a professional art historical vocation.

Just as compelling are a clutch of contemporary US artists such as Linden Frederick (1953-), whose 2004 State Highway brilliantly reproduces a snowy suburb somewhere in the vastness that we call America and almost certainly nowhere near a coast.

If you want a technical masterclass in how to paint snow at night then here it is. Not the silly Christmas card snow where the whiteness is fake like Father Christmas’s beard, and not even and crisp as if it just fell in a fairytale, but the long, hardened and slightly dirty snow with prairie grass resolutely sticking up through its crust, offset by a white clapboard house, a picket fence that stands alone like a gesture of enclosure, and off in the distance car headlights so tiny that they are almost swallowed up by the landscape and an enormous tree towering above.

As the author points out, the effect is not romantic but sad or at least uneasy, as though we’ve paused in our own journey and look in, ‘an uneasy incursion into a silent suburb which has settled for the night.’

So there is of course a doffing of the cap to Edward Hopper, but there are others too in the broad American genre of dilapidation and gentle urban decay, such as Gregory Crewdson, whose perfectly rendered suburban functionality nonetheless captures a beauty in the ordinary but leaves it to the viewer to decide by refusing to give the painting a title (Untitled, 2006-8).

To share more than this is a plot-spoiler, but the book will banish away winter nights while evoking the anticipation of spring and summer.

What is the author’s favourite lighted window in Oxford, if he had to choose one?

He says that you walk south on the towpath from Folly Bridge at dusk, and if you’re in luck there might be a single lighted window in Christ Church's Meadow Building, observable across the meadows.

The Lighted Window is published by Bodleian Publishing.  Alumni can claim a 10% discount on this and all Bodleian Library Publishing titles.

Peter Davidson is Senior Research Fellow of Campion Hall, University of Oxford, and previous books include The Idea of the North (2005) and The Last of the Night (2015).