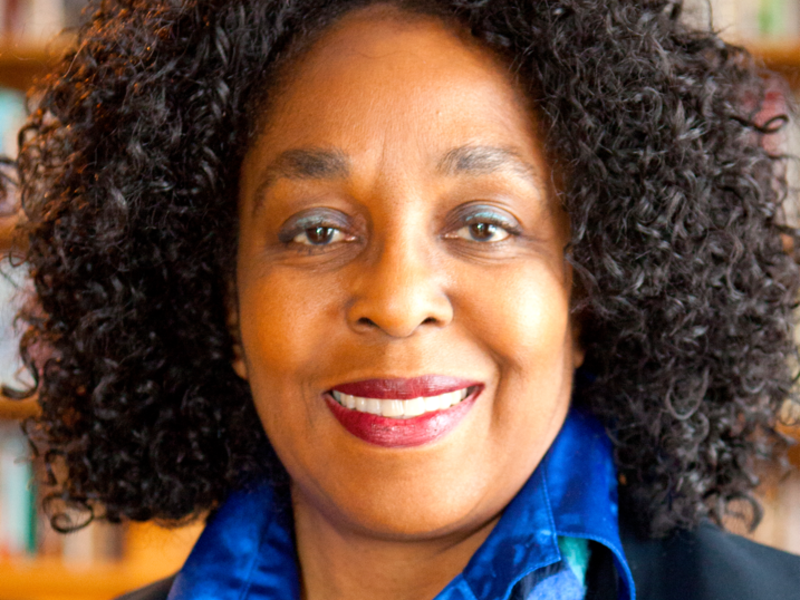 Professor Brenda E Stevenson is an award-winning historian of race, slavery, gender, family, and conflict. She is also a mother and wife, and a Black woman who has dedicated her life to giving voice to the voiceless, by telling the stories of the enslaved and the oppressed.

As she begins her tenure as Oxford University’s first Hillary Rodham Clinton Chair of Women’s History, she discusses her inaugural lecture.

It is important to understand the unique positions that women have had in various cultures and societies and their experiences continue to be such a fascinating area of study. There is still so much more progression that needs to take place, and so many ways that we are not counted as equals at the table – and sometimes we are not counted at the table at all.

It was through Susie Byrd’s contribution to an archive on enslaved peoples - particularly enslaved women - that I have been able to do much of my work. This is a woman that we don’t really know much about, but she was an incredible force. She was one of the first people to listen to enslaved women and men, and tell their stories, of what being enslaved meant for them.

Through her work and that of others, we were able to turn a corner in how we looked at enslaved Black people as human beings, who have culture, ideas, family, and pain. People who suffer and love, and experience desire. It is not a matter of portraying people as perfect, but seeing them in their complex entirety, with the same kinds of strengths, weaknesses and abilities to soar and be defeated, as you and me.

Slavery is part of the human experience, or as some people would say, ‘the human stain’, and we really must understand that and what it is to be an enslaved person, to eradicate it.

It’s not just something that took place in the US – or even the Caribbean, and it’s not just Black and white. It is an institution that has taken place since the beginning of what we call civilisation - the Greeks, Romans, Egyptians, Africa, Asia and the Americas, prior to European contact - and really every single society in the world. And it still exists today.

These cyclical difficulties and horrific inequalities that we live with, see, protest, are frightened by, and in turn, disgusted by, have been systematised over time, in a way that we can’t seem to break out of. I want my students to put themselves into the shoes of these girls and women – or not – because slaves were barefoot – and imagine, what was it like to be them?

There are some unique challenges in teaching history of the enslaved. I think that slavery has been racialized and it can turn people off – particularly young people, because they either identify with that group, or they don’t. They get tired of their group constantly being the subject of negative attention and trauma, and the others feel they are made to feel guilty for things they played no part in.

How people are marginalised across time captures peoples’ imagination when you make it relevant to them. You learn how people survive and overcome that – or they don’t. That is why I like to talk about how slavery has occurred across all societies, and still does.

Race matters, class matters and gender matters, and the ways in which any of us are treated in society, unfortunately, have a lot to do with those kinds of identities.

The truth is that marginalised people (racially, economically, politically, culturally) are much more likely to be victimised in societies where those hierarchies have been established that say that they are not as important as other people. We have seen that happen in the US, UK and almost every place.

We also have to use what we get. We have to speak that truth but use the opportunities that we get to make positive change. In society, we do move forward, but we also sometimes take a few steps back, and that is a painful dance.

Being a Black female administrator in an academic space does come with its own unique challenges. A University is no different to any other place. The same biases and expectations exist as they do in any other industry, and people really see you in the same ways, positively and or negatively, that they see you anywhere and everywhere else.

As my good friend and scholar, Deborah White says, black female scholars often are regarded at universities as ‘matter out of place’.

As a female of colour in an institution not founded by people of colour, regardless of gender, people don’t expect to see you, for you to have a voice, or to be able to contribute or challenge anything. They don’t expect for you to be at the table - or even in the room.

It is so easy to dismiss anyone who looks like me, whether my gender, race, class, generation or at the intersection of these traits, and to dismiss my presence as a tokenistic response to affirmative action, or inclusion, or a quota requirement. Anything that allows them to exclude you on that basis. But guess what? I don’t care anymore!

From the time that I was in college some have viewed me as without merit. Those opinions no longer matter to me. I know that I have much to offer. For whatever reasons that I am where I am, I am thankful.

As institutions work to be more inclusive, the little that they can do - at least initially - can appear tokenistic. But the key is to keep trying, that one hire or story, is one more person and idea than there was yesterday. There is a desire to push us into where we should have been a long time ago, but everything is a negotiation.