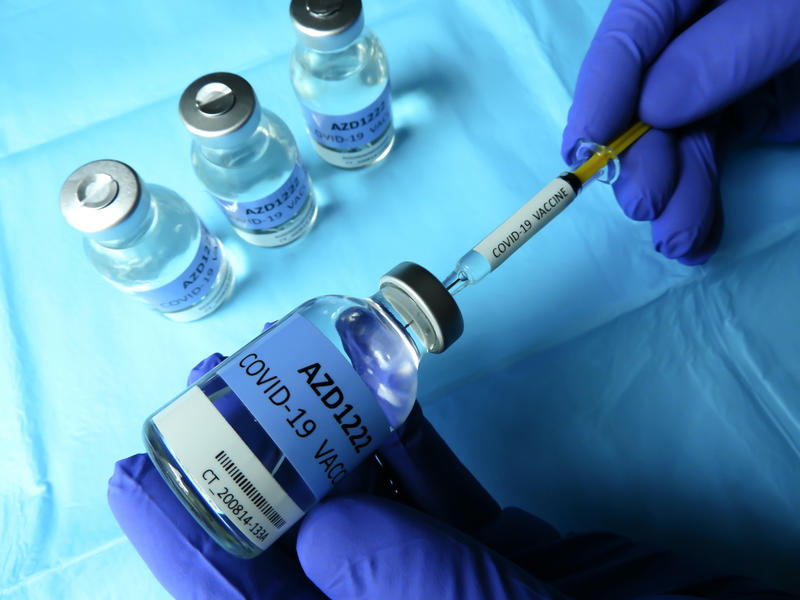 At 7.30 am on January 4, 2021, dialysis patient Brian Pinker became the very first person to be vaccinated as part of the UK’s rollout of the Oxford / AstraZeneca coronavirus vaccine, ChAdOx1 nCoV-19, with patients at the Oxford University NHS Hospitals Trust becoming the first to receive this life-saving vaccine

The Oxford AstraZeneca vaccinations will be delivered at a small number of hospitals for the first few days for surveillance purposes, as is standard practice, before the bulk of supplies are sent to hundreds of GP-led services later in the week.

‘It was an incredibly proud moment for me to have received the actual vaccine that the University of Oxford and the AstraZeneca teams have worked so hard to make available to the UK and the world.’

‘As a paediatrician specialising in infections, I know how important it is that healthcare workers along with other priority groups are protected as soon as possible - a crucial role in defeating this terrible disease.’

‘It was a real privilege to be able to deliver the first Oxford Vaccine at the Churchill Hospital here in Oxford, just a few hundred metres from where it was developed. We look forward to vaccinating many more patients and health and care staff with the Oxford vaccine in the coming weeks which will make a huge difference to people living in the communities we serve and the staff who care for them in our hospitals.’

Hundreds of new vaccination sites are due to come onstream this week, joining the 700 which are already in operation.

Try our Science Blog where we have a range of uptodate COVID-19 analysis, at www.ox.ac.uk/news/science-blog