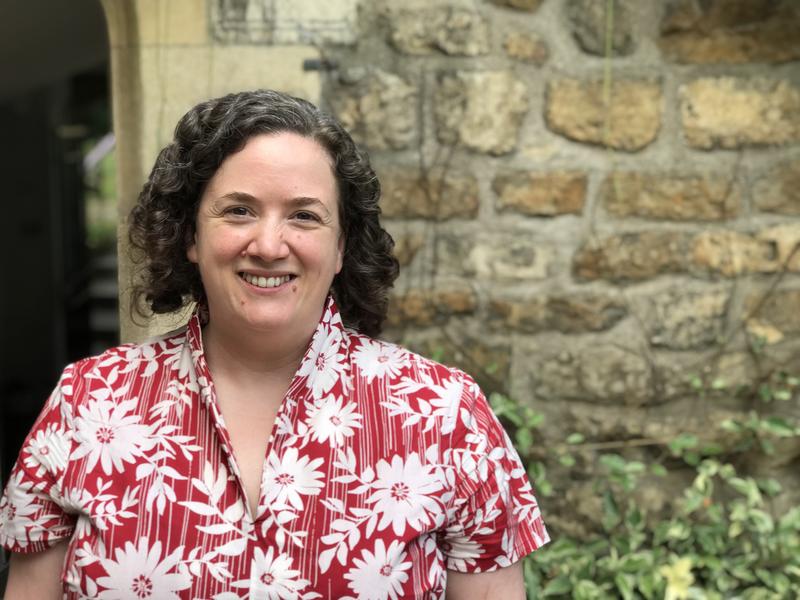 A radiant icon of native resistance to Nazism, the White Rose is celebrated in Germany and hundreds of books have been published about it.

Consisting of a handful of students, soldiers and a professor centred in Munich, the loosely constituted group debated the merits of their government in private settings before distributing a total of six pamphlets between June 1942 and Febraury 1943, plus drafting a seventh.

Far less well known outside Germany, nonetheless the very fact of German resistance to Nazism is a subject of inquiry and fascination and gravity and importance. The White Rose wasn’t the only such movement but it is the most celebrated.

As Dr Alexandra Lloyd, German lecturer and Fellow by Special Election of St Edmund Hall, notes, the purpose of re-translating those pamphlets into English – the recent undertaking of a wide group of Oxford undergraduate students – is many.

‘It’s very creative. The original texts draw on a wide variety of German philosophical, theological and literary sources, meaning that as technical translations they are very demanding.’

Early in the first pamphlet we encounter a long, difficult section taken from Friedrich Schiller’s ‘The Legislation of Lycurgus and Solon’, for example, quickly followed by Goethe. 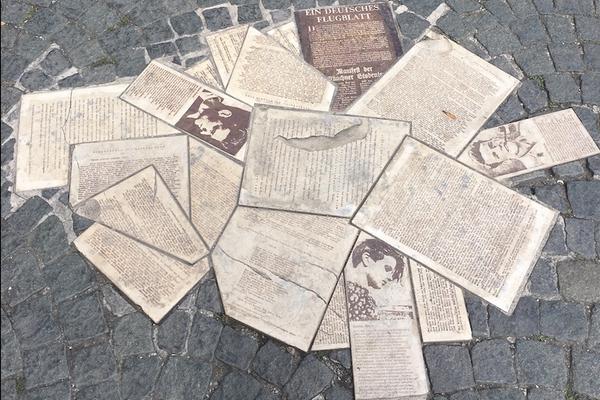 But perhaps the core reason, she suggests, is the sheer seriousness of such a project given what happened to the group, she says.

Hanging right over the texts is the absolute horror of what transpired.

All its core members were executed by the Gestapo, in some cases so quickly that the judicial process was a sham.

Brother and sister Hans and Sophie Scholl distributed pamphlets in their own university in Munich, on 18 February 1943.

Sophie tipped a pile of pamphlets over a balustrade and as they floated down to the ground below, the caretaker below looked up and gave chase. They were both apprehended.

As Dr Lloyd makes clear in her excellent, 60-page overview narrative, the timing of this blatant act of defiance couldn’t have been better, or worse.

On the very day they dropped the pamphlets Goebbels delivered a carefully curated ‘total war’ exhortation speech to a huge, handpicked audience in Berlin, just a fortnight after the defeat of the Sixth Army at Stalingrad, on 2 February.

Germany’s war effort was suddenly unravelling and any behavioural restraints by the Third Reich were being case off in their entirety.

For example, the Wannsee conference concerning the ‘Final Solution’ had been held in Berlin the previous year, 20 January, 1942.

Apparently with a prod from Berlin, the Scholl siblings were not transported to a concentration camp or held in a legal process with appeals and lawyers. They were instead tried in the morning of February 22, 1943 and executed in the afternoon around 5pm, their family not initially told.

Sophie’s executioner Johann Reichhart was later to claim that Sophie was the bravest person he had killed. He is believed to have been personally responsible for over 3,000 executions, all by guillotine, the actual instrument ‘rediscovered’ in a museum basement in Munich in 2014.

Methodical and bureaucratic in some regards, the Third Reich commissioned 20 such guillotines in 1936 as it sought to standardise the method of execution across Germany, and eventually executed an estimated 16,000 people, approximately the same number as were executed by the French Terror.

Perhaps partly for these reasons – Sophie was 21 at her death, her brother 24 – Dr Lloyd says that Oxford students have been greatly moved by working on the texts.

‘You have to have your Prelims under your belt to take part, and you have to apply as well. Yet it is not part of the Oxford degree – it is voluntary, and extra-curricular.’

Back in 2018 when the initiative began, she recalls not knowing if students would be able to justify the time away from their curricular work.

But ultimately, one group of students is communing with another, across 80 years.

As Dr Lloyd says, the purpose is not to ask questions about our own time ‘as a reductive historical parallel, but as inspiration or an impetus to examine one’s own circumstances.’

Students were drawn, she emphasises, from right across Oxford not just from her own tutorials.

While the first two groups have now published a book with the Bodleian Library, Defying Hitler, The White Rose Pamphlets (2022), the project outlasted 2018-19 and has even survived the COVID era.

In 2019-20 a second cohort translated letters and diaries, resulting in a live performance in the University Church; the 2020-21 group undertook further translations honouring the centenary of Sophie Scholl’s birth, while the current group has a special display on Oxford’s High Street, in a college building next door to the Rose café.

2022-23 will commemorate the 80th anniversary of the arrest and execution of the group, providing further occasion for translation.

Dr Lloyd says that one of the extraordinary historical realities of the White Rose group is the degree to which they already knew what was going on. Sophie’s brother and friends had already been to the Eastern Front and returned, by late 1942. They had witnessed the sacking of the Warsaw ghetto, while another eye-witness reported back to the group about mass killings of jews.

They knew all this and they wanted the rest of Germany to know, despite paying the ultimate price for their courage in acting. 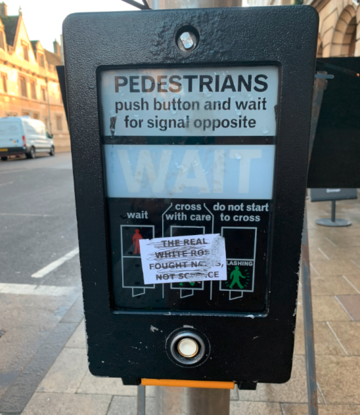 These narratives play an acute role in a broader historical inquiry, concerning why there wasn’t greater resistance to the Nazis earlier, before the war even began.

This is a major subject among scholars now – Dr Lloyd’s own research has delved into childhood memories of the Nazi era, while a book by Oxford University Press, written by Hermann Beck, is titled Before the Holocaust, Antisemitic Violence and the Reaction of German Elites and Institutions during the Nazi Takeover (August, 2022).

It is also the case that the title White Rose, the origins of which are unclear, has been appropriated by more than one anti-vaccine group, putting Dr Lloyd’s students on the edge of a very current culture war wearing a different set of clothes.

In Oxford’s High Street there were recently stickers condemning COVID vaccinations and branded White Rose, and on a pedestrian crossing control box another, stating: ‘The Real White Rose fought Nazis not Science’.