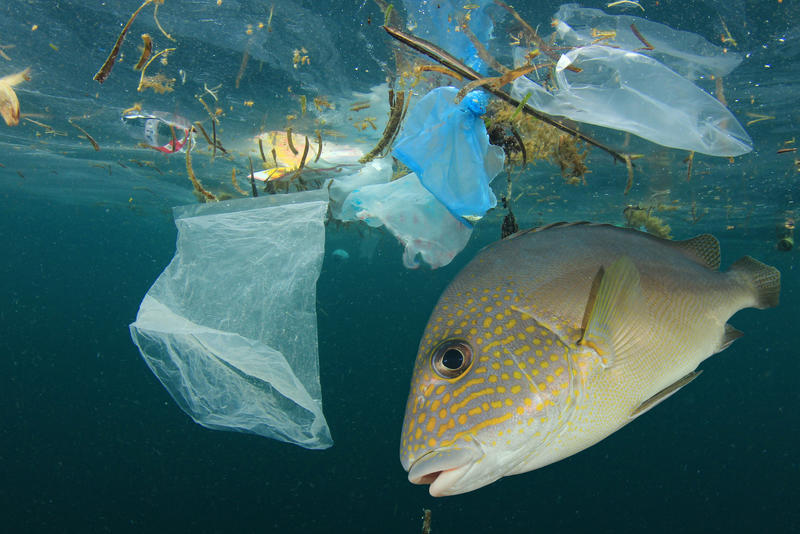 We take a look at the third of three reports tackling the ‘Final 25%’ of climate emissions – the hardest emissions to eliminate. This time the subject is petrochemicals and plastics.

In the final of three reports, Industrial need for Carbon in Products, the authors look at the complex petrochemicals industry, likely to be one of the hardest areas from which to eliminate emissions.

Fossil carbon-based products for industrial uses are responsible for 25%, or one quarter, of all global climate gas emissions and are an indispensable part of the modern world, the key ingredient in m ost plastics, asphalt, carbon fibre, pharmaceuticals, lubricants, solvents and fertilisers.

The authors’ main focus is on polymers – ‘plastics’ in lay terms except that while all plastics are polymers not all polymers are plastics, the term including a wider group of products such as elastomers and resins.

Plastics are a huge environmental scourge, never mind their emissions from production and degradation.

From 1950 to 2015, globally, the authors note, just 9% of plastics were recycled. Fully 91% went to landfill or was dumped in the environment, whether land or water.

The core reason for this shocking accumulation is because it remains far cheaper to produce new plastics than to recycle old ones.

New plastics are exceptionally cheap to make because the feedstocks are a by-product of oil refining for energy, effectively throw-away products.

If you thought that this situation had improved in recent years as we all strive to recycle the vast amounts of packaging that march into our homes, you’d be a little bit right but mostly wrong. Currently, just 18% is recycled globally, a ‘meagre’ figure.

In most low income countries there is little or no recycling.

Across wealthy Europe, a quarter of recovered and recyclable plastic waste still ends up in landfill.

The world currently produces 400 megatons (1 megaton = 1 million tons) of fresh plastics a year, equating 12 million barrels of oil a day, 14% of total global consumption. The figure is rising at 4% a year, leading some experts to ponder a four-fold rise by 2050.

The authors repeat the point that you might have read elsewhere, that by 2050, by weight there will likely be more plastic in the ocean than fish.

There are many rays of light notwithstanding.

There are three pathways to non-fossil plastics. One is biomass feedstocks from plants, another is using CO2 captured from the atmosphere, the third is all about avoided use, re-use and re-cycling.

At base, future regulations will need to put a price on waste. Currently $80-120 billion is ‘lost’ a year in otherwise recyclable plastics, many of them single-use consumer items.

An example might be a fast food container. Even if it is recyclable, is it always recoverable? Any casual walker knows that’s not true some of the time, with items infuriatingly lodged in hedges or on beaches everywhere you go.

The authors thus put a lot of emphasis on developing biodegradable alternatives for these types of packaging product. They also need to be ‘bio-compatible’ so that they don’t do further damage as they decompose.

Plastics in construction on the other hand, they note, are often very recoverable but not necessarily recyclable. That’s where timber might substitute, the timber having absorbed carbon during its growth phase.

Even these authors are stumped by the indeterminate mixed-up categories of polymers, such as the dreaded take-away coffee cup, where the paper component is in theory low-carbon but the polymer coating for waterproofing destines the whole receptacle for landfill.

This is why consumer behaviour and other pricing mechanisms need to rapidly banish single-use plastic, so that it is never there in the first place.

The authors glance at other industrial sectors. Carbon from a fossil source is invaluable as a chemical in metal refining and related industries.

They suggest that hydrogen and ammonia could replace carbon as a reducing agent for steel and aluminium production, for example.

Another ray of light is that all synthetic textiles can be recycled.

The shocking fact that 76% of recyclable polymers are currently discarded to the environment suggests that developing recycling infrastructure is an absolute priority for policy makers.

In some ways, governments just have to try harder, seems to be the message.

They could be recycling so much more than they do even with the existing set-up, which favours mechanical sorting processes.

The ultimate, deep hope of the report is that in a net-zero world there will be no primary oil refining, making today’s dirt cheap by-products much more expensive and plastic a luxury.

The trouble is that this is not the predicted path of most of the world. As some oil majors diversify towards non-fossil energy, others are already saying they will step up their oil production to plug the gap.