ALUMNI STORIES: 'IT'S A COLLABORATION THAT WILL TAKE US ALL THE WAY TO THE MOON'

ALUMNI STORIES: 'IT'S A COLLABORATION THAT WILL TAKE US ALL THE WAY TO THE MOON'

Read our extended interview with Bethany below

I wanted some time to study in another country before my PhD and Oxford was ideal. I was especially drawn to the crossroads of social and physical sciences in geography and was fortunate to receive a fellowship to go to the UK for my studies. I ended up being able to complete two master's degrees on very different subjects: one on environmental management (MSc. Environmental Change and Management) and one on physical weathering (MSc by research, Geography). It was in my second MSc that my advisor, Professor Heather Viles, and I made the connection to Dr Neil Bowles in Atmospheric, Oceanic, and Planetary Physics as we worked together on a chamber to simulate rock weathering under Martian conditions and compare it to rock weathering on Earth.

What is one of your standout memories?

Well, it was probably an MCR party that started, I think at the Hertford high table (or maybe it was Mansfield), and ended sometime around 2am on the Green College lawn near their observatory on a perfect Trinity term evening. Just the fellowship with my friends from England, Scotland, U.S., Canada, France, Uganda, Singapore, India, Russia. There are few places in the world where you can build such friendships across boundaries of country and discipline. 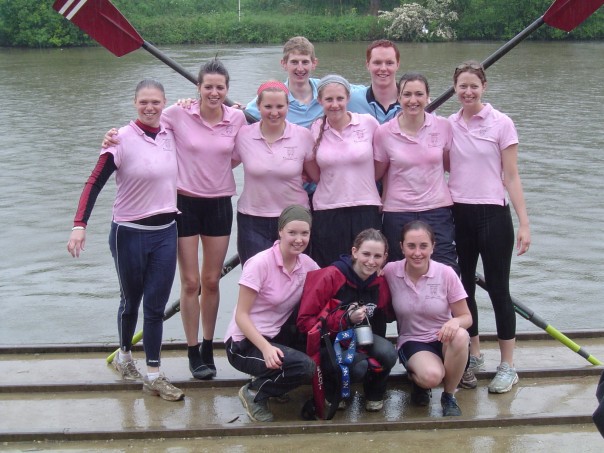 Did you feel a difference doing a postgraduate degree at Oxford rather than undergraduate?

I'm sure it's very different as a postgraduate, though I still had plenty of opportunities to meet undergraduates, such as on the college eights and college football team. As postgraduates, we had not tutorials but some lectures. We had few prescribed assignments, and much of the work was self-directed, including final papers for the term, study for the final end-of-year exam, and of course, the dissertation. Oxford is also very international at the postgraduate level. We had almost 20 countries represented on our about 35-person course in my first year.

What would you want to change about your time at Oxford?

I am not sure my course lecturers would want to hear it, but I might have said yes to a few more invitations for tea or drinks and a little less time in the library.

Is there any advice you’d give to prospective postgraduates?

Where has your research focused?

My research now focuses on the use of satellite data to understand environmental change and geology on Earth and understand the history of moons and planets in our solar system. I'm most interested in surface processes related to water and the making of habitable environments (environments that could support life). I've mostly worked on using the composition of rocks of Mars, as seen by orbiters and rovers, to determine that Mars once hosted lakes, rivers, hydrothermal systems, on an active world once more like Earth over three billion years ago. I've also worked on missions and instruments to explore asteroids, our Moon, Venus, and Jupiter's moon Europa. 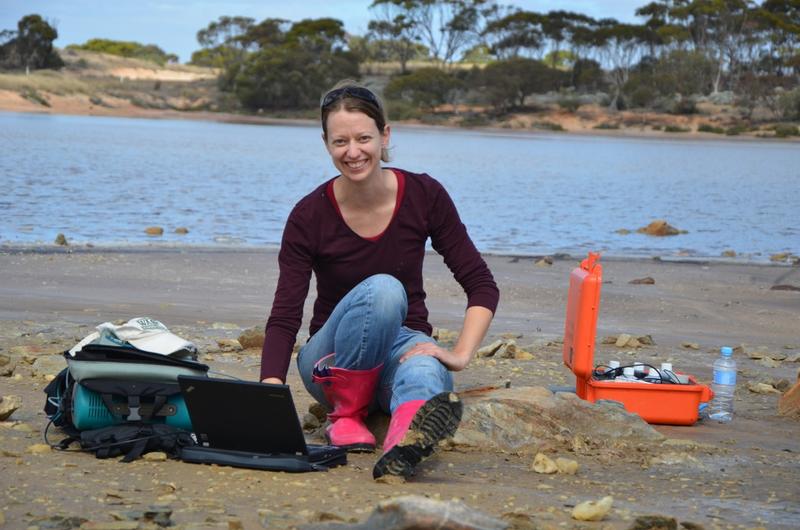 Oxford isn't traditionally thought of as a leader in space exploration, so how did you make this connection?

Actually, Oxford has a few connections to space exploration. One is a small but amazing group within the Atmospheric, Oceanic, and Planetary Physics department that makes instruments for European Space Agency missions. They also have a great collection of environmental chambers for simulating the conditions on other planets, which is how I originally got connected. Professor Heather Viles and I needed a chamber for our rock weathering simulations, which connected us to Dr. Neil Bowles and AOPP.

Tell us about your project with NASA. What will the aims be?

Lunar Trailblazer is a small satellite mission to Earth's Moon. It is one selected as part of a new, innovative approach to planetary exploration: ride-along, small science missions, which launch with a large mission, taking advantage of hundreds of kilograms of extra mass available on most launches away from Earth. Lunar Trailblazer would follow up on one of the most surprising planetary discoveries of the late 2000s: water on the Moon. Lunar Trailblazer would map the form, distribution, and abundance of water, including in permanently shadowed craters that are thought to host water ices. We want to determine why the water is there, whether the amount changes with time, and whether there is enough that one day it could be used by human explorers.

What is Oxford's involvement in the mission?

Lunar Trailblazer is a small satellite so only carries two instruments: one, a shortwave infrared imaging spectrometer from NASA's Jet Propulsion Laboratory (called the High-resolution Volatiles and Minerals Moon Mapper; HVM3) and two, a thermal multispectral camera from Oxford called Lunar Thermal Mapper; LTM. LTM, led by Dr. Neil Bowles, would determine the temperature of the surface of the Moon to understand why there is more water in certain parts of the Moon. As a bonus, the LTM will also get some of the very best compositional maps of the Moon for what the rocks are made of (basalt, granite, dunite, silica, etc.).

What is the process of the competition?

Lunar Trailblazer has been selected to take part in a 12-month competition to mature the design and show readiness to proceed to build then launch. If we show that we can do it and at the cost acceptable to NASA, there are a few potential rocket rides in the 2022–2024 range that NASA could launch us on.

What’s a ‘typical’ day for you?

There is no truly typical day for me. Two days a week, I start off my day teaching classes in remote sensing or planetary surface processes. Two other days, I start off at NASA JPL working on my collaborations on missions or instrumentation. Well, actually, my days often start before that with 7am – 9am Pacific time telecons with my European collaborators on the various missions and projects. Then the rest of my day is advising graduate students and post-doctoral fellows on their research, doing some of my own, more project telecons, writing grant applications, or administrative duties at Caltech.

Where do you hope to be in ten years?

I hope to have led Lunar Trailblazer to a successful science mission at the Moon to map lunar water and understand why it is there. I also hope to have participated in leading the exploration of Mars, returning samples to Earth and preparing for the first human mission. It's a great career to be able to follow my curiosity around the solar system, and even beyond, to exoplanets, and work with international colleagues to prioritise the missions of the future.

Space is the final frontier. We're seeing now the fact that new technologies are coming online to access it, and new players – both countries and companies – want access. Reusable rockets and reliable small satellites have made getting to space more affordable. More countries now have the technological wherewithal and desire to move beyond Earth, hence the particularly renewed interested in the Moon and Mars, as well as asteroids. These are the closest potential destinations for humans.

What are your thoughts on space exploration for finding alternative habits for life on Earth?

Space exploration forces care and conservation of everything because places beyond Earth really are quite inhospitable for humans and our machines. So first, this encourages new technology development in power conservation and generation, water filtration, and air purification. And second, it helps us realise our own planet is very special and rare, at least in our neighbourhood, in being able to support life, so space exploration highlights the importance of stewardship of our own special Earth.

Oxford was instrumental in helping me recognise the power of people working together. Before Oxford, I think I was a bit bookish. I still am, but conversations around college dinners, teas, pub drinks, and punting were at least equally intellectually stimulating and important in my learning as formal coursework. It made me really internalise the importance of relationships to achieving professional goals, which is why I am so pleased that I am able to turn to my expert colleagues at Oxford when we needed a great instrument for Lunar Trailblazer. It's a collaboration coming full circle that will take us all the way to the Moon together.