ALUMNI STORIES: 'THE NO.1 HUMAN RIGHTS ISSUE WE SHOULD BE TACKLING IS...' 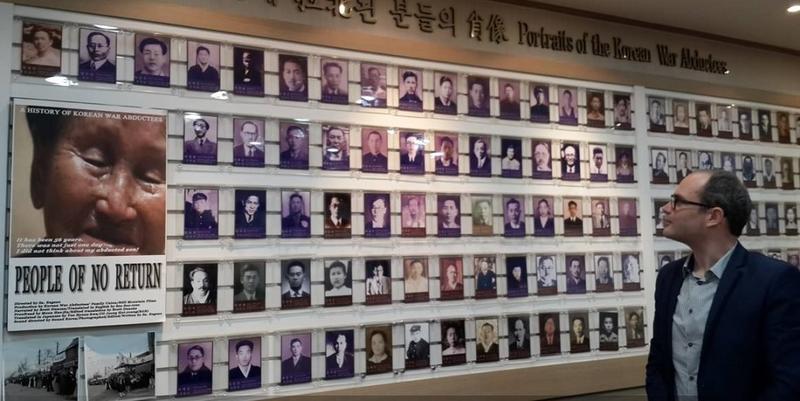 ALUMNI STORIES: 'THE NO.1 HUMAN RIGHTS ISSUE WE SHOULD BE TACKLING IS...'

We spoke to alumnus Tarek Cheniti (Keble, 2005) about his time studying Management Studies at Oxford and his career in Human Rights

Tarek Cheniti (Keble College, 2005) came to Oxford to study a DPhil in Management Studies. His intention was to continue to postdoctoral study, looking into water governance in countries affected by climate change. However, experiencing an uprising in his own country of Tunisia whilst taking some time off sparked his current career in human rights. 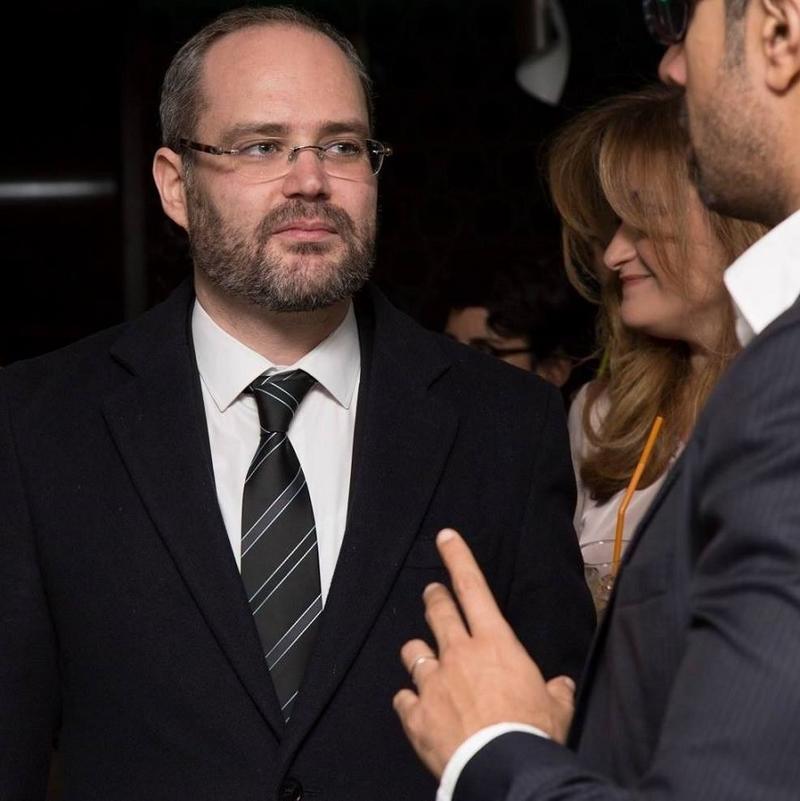 What made you apply for your DPhil in Management Studies at Oxford University?

I was working at the United Nations as a consultant during preparations to the World Summit on the Information Society in 2004. I observed that a highly controversial topic at that time was whether the internet should be governed and, if so, by whom. I decided to do doctoral research on this issue of global interest and impact on billions of people. Oxford had (and still does) one of the most renowned Science and Technology Studies programmes in the world, led by Professor Steve Woolgar, who then became my supervisor. I invested myself in the application over a period of nine months - I had only applied to Oxford - and won a full scholarship that was made possible thanks to what was then the largest single donation ever made to the University by the late Dr. James Martin.

What was your experience of studying at Oxford?

Education at Oxford is not about getting a good degree that gets you a good job. The mindset is very different from other universities, even the top ones. It was clear to me from the interview stage (and this also applies to undergraduate admissions) that a lot of emphasis would be put on independent and creative thinking rather than simply on gaining theoretical knowledge of a given field. At Oxford you learn to think differently, to challenge received ideas, to be open to possibility, and to see connections between things that may appear unconnected on the surface. This has helped me develop a sensibility that makes me able to work effectively with people in different areas of specialty and to fully embrace their worldviews.

This skillset is crucial in today’s professional world. You do not learn these things by taking courses but through interacting with people who know different things and who reason differently from you. At the Keble College MCR as well as the Institute for Science, Innovation and Society where I was based, the diversity of backgrounds meant that it was possible to be exposed on a single day to the finest discussions on world politics, or the latest advances in biomedical research, or emerging challenges in urban development policies, or an archaeologist’s exciting fieldwork results. That was my quotidian at Oxford for almost five years, and it meant that my learning experience was not at all confined to the library as in most universities. Although I did also love to sit at the Bodleian! 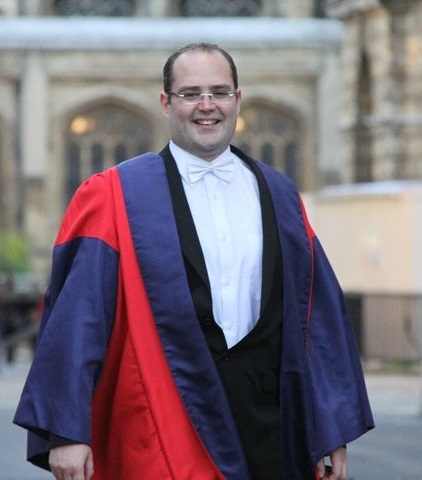 How has studying at Oxford impacted your career since?

My initial plan after I finished my DPhil was to start conducting postdoctoral research on water governance in countries affected by climate change. I went back to Tunisia, my home country, after graduating in late 2010 to take some time off before getting into this postdoctoral research, only to be caught in the action of a democratic uprising. I was deeply moved by the peaceful and inclusive character of the protests, as well as the great sense of freedom from fear that they enabled.

That event changed my career aspirations because I stood an once-in-a-lifetime chance to contribute to building a free and progressive society, and this naturally drew me into the human rights community. I had almost no knowledge of human rights, but approached my career like my supervisor taught me to think, with an open mind.

Can you tell us about your subsequent career in Human Rights?

I have been with the Office of the UN High Commissioner for Human Rights since 2012. I have worked in different and complex contexts. For instance, I worked on police reform during the first years of the democratic transition in Tunisia. I was also an investigator with the International Commission of Inquiry on the 2014 conflict in Gaza, which involved interviewing the stakeholders to situate responsibilities. I was deputy representative of the High Commissioner in Seoul for three years, working on the protection of human rights in North Korea and pushing for the resumption of links between separated families in the two Koreas. More recently I have been tasked with leading a team to promote technical cooperation with Syria and to help rebuild the fabric of civil society that the conflict has severely undermined.

It’s a challenging job, but I greatly enjoy what I do because I feel I am helping, albeit in limited ways, to restore people’s sense of dignity and hope for a better future in those different settings. 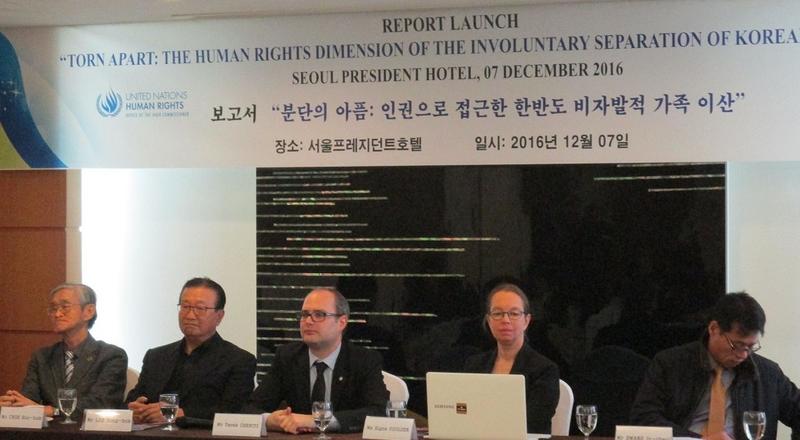 What human rights issue should we be focused on tackling right now?

To me the most critical issue to tackle is violence, and it’s a shame that little is being done at the policy level or at the level of public opinion to counter the logic of violence and hatred that lies at the core of every abuse of human rights. There is no shortage of examples at the moment, from civilian populations who are brutally attacked by military forces, to migrants and asylum seekers who lose their lives because governments refuse to protect them, or people who are bullied and stigmatised for belonging to a specific social group. We, in particular those of us who enjoy the privilege of living in a democracy, should not watch in complicit silence, but rather speak up against these practices and hold those who commit them to account.

On 10 December 2018 the world is going to commemorate the 70th anniversary of the Universal Declaration of Human Rights so I invite everyone to join the celebration by using the hashtag #standup4humanrights on their social media feeds.

What was your favourite spot in Oxford?

I am a ‘professional walker’. I used to go for long walks between Oxford and Iffley village along the banks of River Thames to reflect and strategise, an essential aspect of DPhil research. Sometimes I used to head instead to Port Meadows to grab something to eat at the Perch, or cycle up to Summertown, or just look for a bench in a quiet corner of University Parks. On warmer days punting on the Cherwell replaced all the walking and cycling. 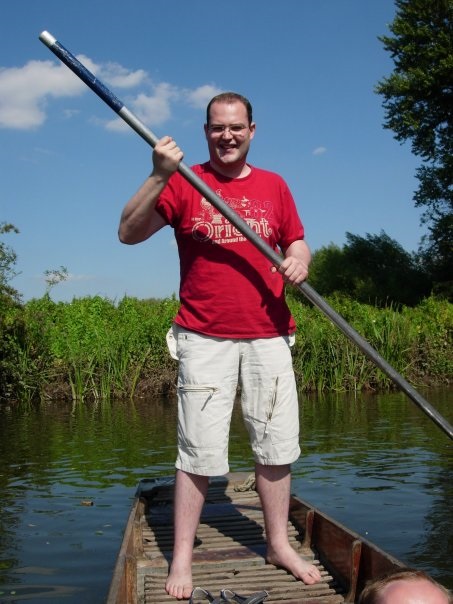 Are there any memories of your time here that stick with you?

There are plenty of amazing memories from my time at Oxford: crawling from my bed half asleep in the early morning not miss the May Morning choir performance at Magdalen; looking for a red carnation to ornate my subfusc at my last viva examination; dressing up with friends every year for the Keble ball; sitting with the dons at high table; celebrating two consecutive boat races won by Oxford; having a heated live link debate with Libya’s Colonel Gaddafi at the Union, joining the Rewley Road Fire Station and working with the guys there as part of an ethnographic research project, discussing world politics with fellow Keblites...

These may seem like mundane things for Oxford students but they do not happen elsewhere, and this makes them unforgettable.

Tarek Cheniti undertook his DPhil in Management at Keble College from 2005 to 2010. He currently works in Human Rights with the United Nations, working on global conflicts. You can connect with him on LinkedIn to find out more.

2018 is the 70th anniversary of the Universal Declaration of Human Rights. In honour of this extraordinarily influential document and to prevent its vital principles from being eroded, the UN is urging people everywhere to Stand Up for Human Rights.