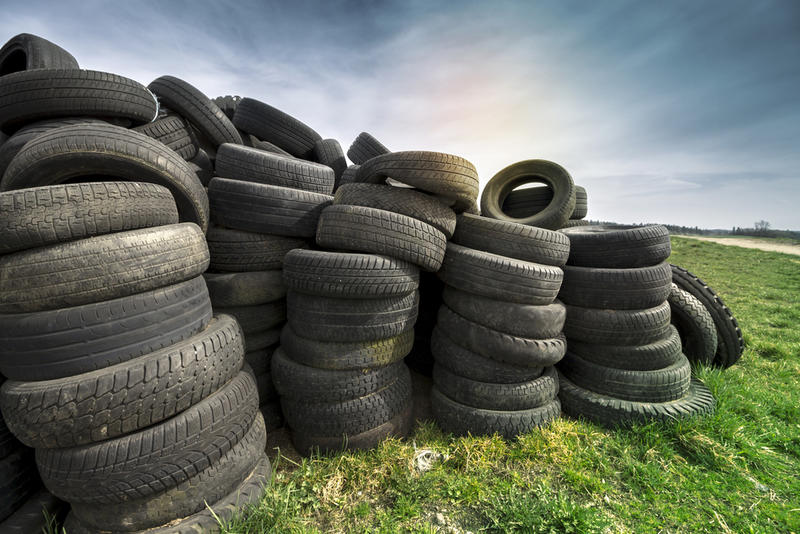 Global Environmental Politics is poised to be transformed by Artificial Intelligence

Oxford’s School of Geography and the Environment was addressed by Professor Peter Dauvergne on Nov 12, 2018, on the subject of ‘Artificial Intelligence and the Future of Sustainability’.

Dauvergne is a Professor of International Relations at the University of British Columbia, Canada, and a Fellow of the Royal Society of Canada. He began by explaining the title of his new book, Genius Squared. He was deeply impressed by the chess showdown that occurred on December 6, 2017, when Deepmind’s AlphaZero was pitched against Stockfish 8, both software programmes designed to play chess. 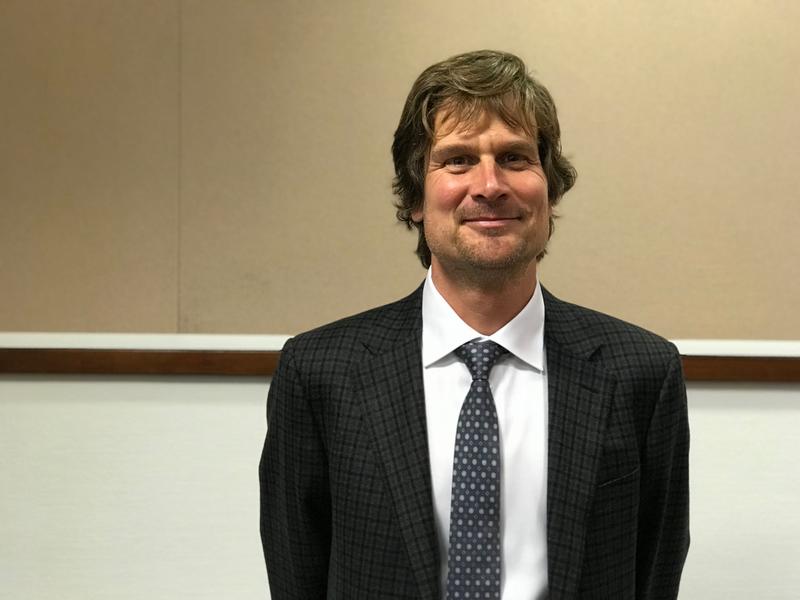 Deepmind, an AI start-up acquired by Google in 2014, had developed ‘a new kind of chess program.’ It deployed machine learned to self-play approximately 20 million games of chess in four hours, using enormous computing power. It then demolished Stockfish 8, already considered to be far superior to any human player. Over 100 games, AlphaZero drew in 72, won in 28 and lost on no occasion. Moreover, noted Dauvergne, ‘it played aggressively, intuitively…’ It upended the tendency of chess software programmes to play defensively. It was this bravura performance, and not just the raw results, that pointed to a dramatic increase in artificial intelligence, hence Genius Squared.

Relating this initial insight to sustainability led Dauvergne to first highlight six ‘bird’s eye view’ trends in AI, an area of research and progress so expansive that he admitted it was difficult to track:

Dauvergne apologised for not getting to the specific subject of sustainability sooner in his talk, but juxtaposed this with the prediction that AI is so significant a change in human affairs that it will completely transform global environmental politics (GEP) in the next decade.

For example, he noted, every single smart device brings in its wake new plastics, while relegating the old ones to the global waste heap. This cycle of replacement is speeding up. Between 2005 and 2018, he noted, more plastic was created globally than in all recorded history up to 2005. 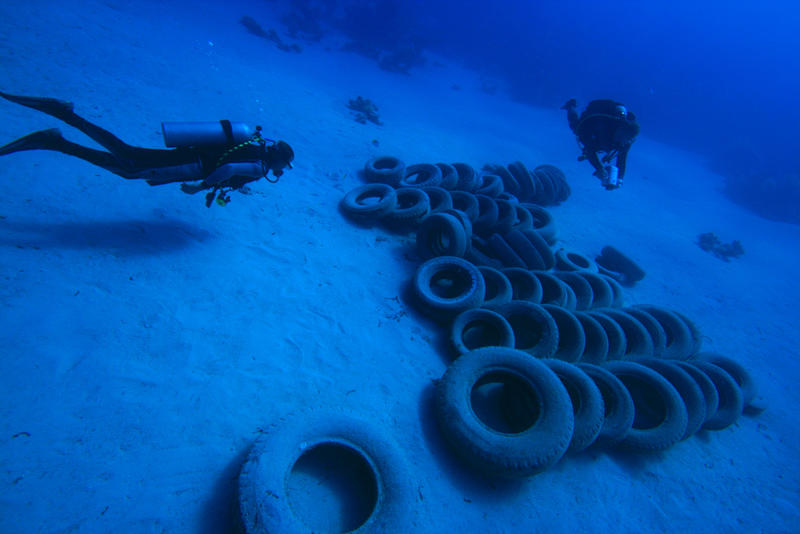 Tyres abraid, the particles or 'crumb' are then washed into watercourses and out to sea. Visibly abandoned tyres are a huge problem, but the invisible pollution is believed to be far larger.

Ocean plastic waste will double in the period 2010-25, with the evidence of its accumulation partly explaining why we have suddenly become so aware of it in a very short period of time. Dauvergne added that between 5-10% of marine plastic pollution is from car tyres, a recent insight, while some estimates put the total at up to 28% if you include otherwise invisible tyre ‘crumb’ and not just whole tyres.

Dauvergne, previously author of Will Big Business Destroy our Planet, painted an almost dystopian (if nominally exciting) future in which incredibly clever micro-targeting of advertising in a digital, consumer context will supercharge consumption and empower large corporations. Aided by autonomous, AI-enhanced mining equipment and other forms of agricultural/fisheries and civilian transport and machinery, this process might clean out the planet leaving it far more depleted than it already is, with climate change ignored and most megafauna extinct.

Equally a concern is weaponization. Dauvergne noted that China is believed to be working intensively on the military application of all forms of AI, while publicly only discussing civilian applications. The Pentagon recently tendered a large contract in this area. Asked who is leading this unofficial and mostly invisible ‘arms race,’ Dauvergne recommended Kai-Fu Lee’s book AI Super-Powers, adding that the US is ahead in raw discoveries, but that China was ‘racing’ to catch up, and possessed a large advantage in procuring data (from surveillance, partly) tending to ignore many of the privacy issues that are normative in the west.

To impart a sense of the rapidity of these changes, Dauvergne cited one commercial prediction, that ‘derived business value’ from AI was $700m in 2017, but expected to be $4 trillion by 2022, an expansion amounting to an explosion.

Turning to the widely heralded advantages of AI for conservation and sustainability, Dauvergne showed a slide of a submersible piece of autonomous equipment called a ‘ranger bot’ that scours Australian coral reefs, autonomously and accurately killing one species of invasive starfish. Yet, he noted, such a discrete effort to address a single problem does nothing to address underlying causes, such as agricultural run-off, a huge issue on Australia’s Great Barrier Reef.

One can imagine drones to map biodiversity or fight poachers and illegal logging; satellite surveillance to track fishery fleets and autonomous cars that reduce road traffic accidents. Crop diseases will be more easily identified by apps like Plantix, while medical diagnostics will undergo a revolution, putting a ‘doctor’ in reach of everyone via their smart device. In all such examples Dauvergne emphasised that humans stood to potentially advance their lot, with sustainability enhanced in some cases.

The difficulty with all these examples, he said, was that they will likely be deployed by the ‘bad guys’ too, by illegal fishers, loggers and poachers, (and legitimate or semi-legitimate resource extracting industries and states). The ranger bot/coral reef example generates cute headlines while the underlying problems proceed unchecked.

Floor discussion following the talk elucidated that broad insight that AI is poised to become, in numerous ways, a ‘non-human actor,’ replacing humans in numerous roles and thus increasing unemployment. But Dauvergne was adamant that it cannot be ‘put back in its box’, and ‘we can’t wish it away,’ he said. What we can do is be perceptive to its true risks and honest about its true (or desirable) limits and applications.

Climate change was raised only by one member of the audience at the very end of the Q&A, creating the sense that AI is so enormous that it needs to be mapped and tracked on its own terms. In its myriad applications, argued Dauvergne, AI is neither ‘good’ nor ‘bad’ for anything including the planet and sustainability. Rather, it greatly amplifies what humans would have otherwise done within their own human limits. We have to hope that the genius squared will be a responsible actor.

Peter’s lecture, which was introduced by Dr Constance McDermott, Senior Fellow in Forest Governance and Leader of Ecosystems Governance Group, was the first in a new series sponsored by the ECI Environmental Governance Project at Oxford. The lectures, which are open to the public, are collected under the series title ‘Governing the Anthropocene: Technologies and transformations.’ The series runs until summer 2019.

This series brings together researchers from the five Environmental Change Institute (ECI) programmes of Ecosystems, Food, Energy, Water and Climate, and external speakers, to examine recent trends in environmental governance. The aim is to foster trans-disciplinary learning and dialogue across ECI and broader academic, policy and practitioner communities.