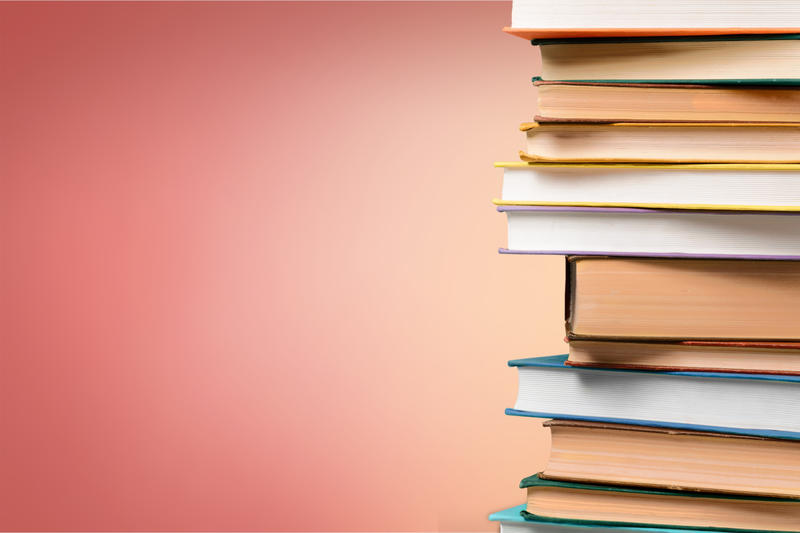 The sun has shone in pandemic lockdown, winter abruptly banished by spring. So it might seem odd to lead with a book that acclaims the season of ice and snow. Yet this is a remarkable and special book peculiarly suited to our times, culmination of a life’s thought as well as a travelogue, historical anthropological note, spiritual reflection and adventure narrative.

Age 22 in 1976, the author (subsequently Magdalen, 1977), previously a civil engineering student at Bristol and fresh escapee from the British army, goes to Zangskar, Ladakh to spend a winter in a small community in Padum.

He wants isolation and silence but also adventure, and the focal point of the broader narrative is travelling down the frozen river to trade butter, the winter trade route that allowed the community to obtain money income and the practice of centuries.

It was a dangerous business. The book is accordingly written in a spare, clarified manner like salt tea and tsampa: ‘Here they do not so much as waste a twig. Life is very precious when in the balance.’

Elsewhere the westerner tied up by prolixity: ‘Talking about silence is immediately a contradiction,’ he says in the run of 300 pages of beautiful hardback.

Yes, there’s an Oxford element. He had Telemark touring skis with him, ‘lent to me by Kenneth Lumsden, a sprightly consultant radiologist in Oxford.’ The Bursar of St Antony’s Major Peter Hailey ‘was, I think, a Buddhist, and he once told me over a cup of tea that he wanted to be reincarnated as a racehorse.’

But this is not the book. The book is the people he met and the mountains and the animals treated like family, the yaks providing warmth to families in immediate closeness, indoors. At root it is an extended survival narrative but with a barbed edge, the building of the first road up the valley.

Crowden’s rational inquiry wanted to know what the road would mean. Progress or curse? It hangs over the book like a curse. Yet so too life was so hard, measles ‘swept through the valley every seven years or so,’ carrying away the lives of countless children. Not a pandemic just reality as in all human history. Disease.

China is a problem. Talk of insurgencies.

The trek down the river is the heart of it. 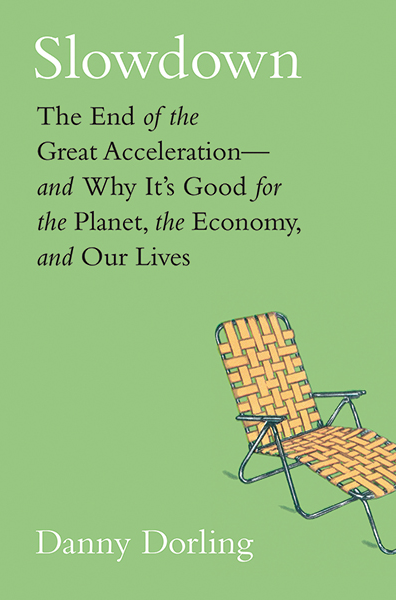 Danny Dorling, Slowdown: The End of the Great Acceleration—and Why It’s Good for the Planet, the Economy, and Our Lives. Yale University Press (2020), £18.99

We haven’t yet spoken to the author, Halford Mackinder Professor of Geography at Oxford, so editorial caveats apply, but we wanted to highlight this just-published (April 2020) book because it is evidently intriguing and will upset a few apple carts. Is everything speeding up or slowing down? The contention of Professor Dorling is that lots of evidence suggests that human activities are flattening out, and he points to the 1930s as perhaps one of the most vertiginously ‘accelerative’ decades, more so than now and more so than where we might be heading. Atop this and no doubt scribbling furiously into the late night to meet a publisher deadline, the author has added the view that the global pandemic disruption may be a blessing in disguise as regards societal and economic inequality. It has been a leveller in some ways, the air is cleaner, CO2 emissions fell as China slowed its factories. We have reasserted the value of food security and hospital porters and nature. Shadowing everything is rampant capitalism twinned with rampant CO2 growth, a disaster in the making as even a child can see. What might a better ‘normal’ look like once this is over? 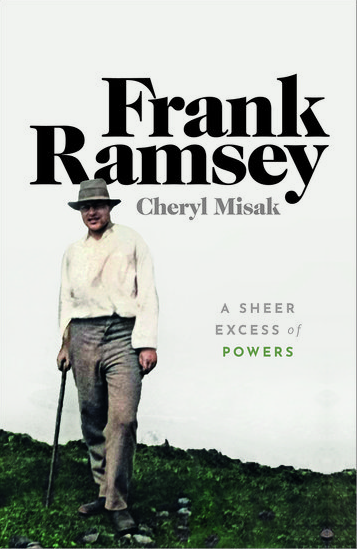 The author is a Professor of Philosophy at the University of Toronto, and evidently this biography falls into the difficult end of the intellectual history spectrum, where only a fellow specialist can comprehend and interpret otherwise difficult ideas to a broader audience. A 500-page volume to explain a 26-year life? There are fully nineteen ‘Ramsey-isms’ listed against the extraordinary yet brief life of this searingly bright young man, but most of them ‘rules’ and ‘theorems’ that are not going to set a tabloid newspaper alight and may explain why he has previously eluded serious attention.

Maths, philosophy, economics. Inconceivably for such a young man, Ramsey made lasting contributions to all three fields. If you've spent your life admiring Omega Workshop armchairs or tempting yourself with the notion that Vanessa Bell was a great painter, now might be the time to step up a gear.

Who was Frank Ramsey? He lived 1903-1930 and is an accompanying figure in any biography you may have read of John Maynard Keynes who taught him at Cambridge. Like Keynes, Ramsey was born into academia. His father was the President of Magdalene College Cambridge. Frank was an undergraduate of Trinity College Cambridge and subsequent Cambridge Apostle/ ‘edge of Bloomsbury’ figure, with an awkward sex life. The far more interesting angles here are his continental links and Wittgenstein and Freud in particular, so that the book is partly about Vienna where Ramsey visited.

One thinks immediately of Charles Darwin’s Cambridge, the recent past in 1910, and the fact that Ramsey’s brother Michael retained his faith and became the Archbishop of Canterbury, no less: not so for Frank or his two sisters. A time then of absolute turmoil in ideas, vertiginous discovery and technologies that promised so much while churning the death machine of the Western Front.

This is a book that rewards patience and will challenge at a deeper, longer level our understanding of early twentieth-century intellectual history and cultural modernism. It’s a monument to good scholarship while still conveying the human being at the centre. It is stark relief from an almost embarrassingly insular series of ‘English’ treatments of the period, whether Great War poetry or Vorticism. Keynes deferred to Ramsey in the clever stakes, perhaps another reason why Ramsey has been scandalously neglected until now, because we don't always do clever in Britain. A landmark book if you dwell among the modernists. 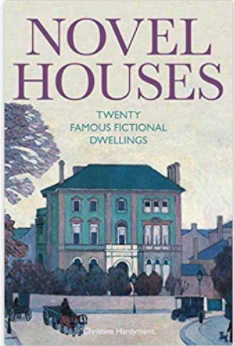 A pioneer of literary geography, the author has written about houses as heroes in the fiction of twenty novels.

Seen through the current pandemic lens, houses are heroic defensive mechanisms against the cosmos and ‘a warm embrace to come back to a safe, familiar haven.’ ‘Well-found houses,’ declares Hardyment, ‘…become second skins, defences against the world, nests.’

That’s the hopping off point for considering what else they become in fiction – characters in their own right as well as embellishments of character, ‘those tinged with horror, ideal homes, childhood nests, trophy houses, traps, carefully constructed symbols, vast ‘labyrinths of grandeur’ and, most charismatic of all, heartlands.’

Engineered to work chronologically in succession, each chapter can be read in isolation but there is progression and even influence, such as when the author points out that Dickens’ Bleak House was quite possibly informed by Nathanial Hawthorne’s Seven Gables, which he had reviewed in April 1851. Seven Gables is the chapter you’ve just come from, so the coherence is much appreciated and for a determinedly non-literary critic the author seems perfectly clued up, achieving a tapestry of interpretation with trans-Atlantic accents.

So it’s not just set-piece stuff running to daft, like the opening Horace Walpole’s The Castle of Otranto (1764) (Strawberry Hill, Twickenham), but political grenades such as Harriet Beecher Stowe’s Uncle Tom’s Cabin (1852) and then later on Stella Gibbons’ Cold Comfort Farm (1932) and Mervyn Peake’s Gormenghast (1947-59).

Noting with a shrug regret worthy of a Brexiteer that there wasn’t room to entertain Victor Hugo’s Notre Dame or Thomas Mann’s Buddenbrooks, and adding that there has been a steep decline in delight and eccentricity as UK country homes have been snapped up as money devices, the author retreats into populist fantasy by ending with Gormenghast, Bag End and Hogwarts School – and why not J.K. Rowling?

The fact that the book is not in the least stuffy is one of its great strengths, but there is plenty here also for more discerning eyes.