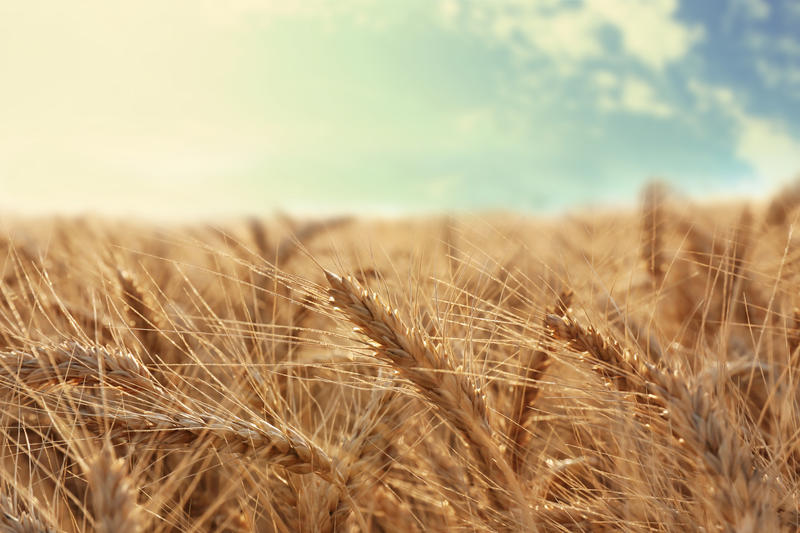 A potential breakthrough in crop science

An interdisciplinary research collaboration between the Universities of Oxford and Cambridge has engineered a novel synthetic plant-microbe signalling pathway that could provide the foundation for transferring nitrogen fixation to cereals.

Published in Nature Communications today, the team of plant scientists, microbiologists and chemists used synthetic biology techniques to design and then engineer a molecular dialogue between plants and the bacteria surrounding their roots in a zone called the rhizosphere. This synthetic signalling system could be a vital step towards successfully engineering nitrogen-fixing symbiosis in non-legume crops like wheat and maize.

Enhancing the root microbiota has enormous potential for improving crop yields in nutrient-poor soils and reducing chemical fertiliser use.

Joint lead author, Dr Barney Geddes, from Oxford’s Department of Plant Sciences, said: ‘Plants influence the microbiota of their rhizosphere by sending out chemical signals that attract or suppress specific microbes. Engineering cereal plants to produce a signal to communicate with and control the bacteria on their roots could potentially enable them to take advantage of the growth-promoting services of those bacteria, including nitrogen fixation.

‘To do this we selected a group of compounds normally produced by bacteria in legume nodules, called rhizopines. First we had to discover the natural biosynthetic pathway for rhizopine production, and then design a synthetic pathway that was more readily transferred to plants. We were able to transfer the synthetic signalling pathway to a number of plants, including cereals, and engineer a response by rhizosphere bacteria to rhizopine.’

Joint lead author, Dr Amelie Joffrin, at Oxford developed a new stereoselective synthesis of key rhizopine. She said: ‘The synthetic chemistry was essential to provide compounds that enabled the investigation of rhizopine biosynthesis and its transfer from bacteria to plant. In particular, the rhizopines produced allowed us to confirm which was the naturally active enantiomer (“hand”) of a key bioactive compound.’

She said: ‘We confirmed the barley synthesised and then exuded rhizopine to its rhizosphere. We then measured the signalling between barley roots and rhizosphere bacteria and found a significant level of communication was occurring in most bacterial colonies. These results mean that we could potentially use this transkingdom signalling pathway to activate root microbiota to fix nitrogen, and a host of other plant growth-promoting services such as producing antibiotics or hormones or solubilising soil nutrients.

“A key advantage of this synthetic signalling pathway is that only the specific crop plant that is engineered to produce the signal will benefit. This means that weeds that currently benefit just as much as the target crop from the application of chemical fertilisers, will not benefit from these enhanced plant-microbe associations as they do not produce this novel signalling molecule to communicate with bacteria.”

Future work in the Poole, Oldroyd and Conway laboratories will focus on how plants can control key processes in root bacteria such as nitrogen fixation, phosphate solubilisation and plant growth promotion. This opens up the world of the bacterial microbiome and its diverse metabolism to control by plants and in particular the cereals. It is likely to be a key component in attempts to engineer nitrogen fixation into cereals.

Find out more about Plant Sciences at Oxford.