THE FUTURE ROLE OF TREES 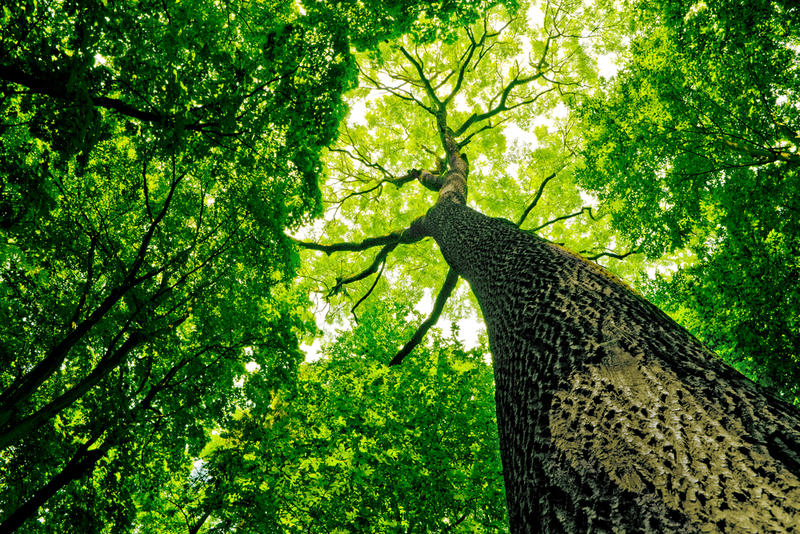 THE FUTURE ROLE OF TREES

I’m meeting Yadvinder Malhi to talk about trees. Malhi is a global authority on tropical rainforests, a professor of Ecosystem Science at Oxford and a fellow of Oriel College.

With the Amazon ablaze and the subject commanding special attention at the G7 meeting in late August, the discussion is timely. 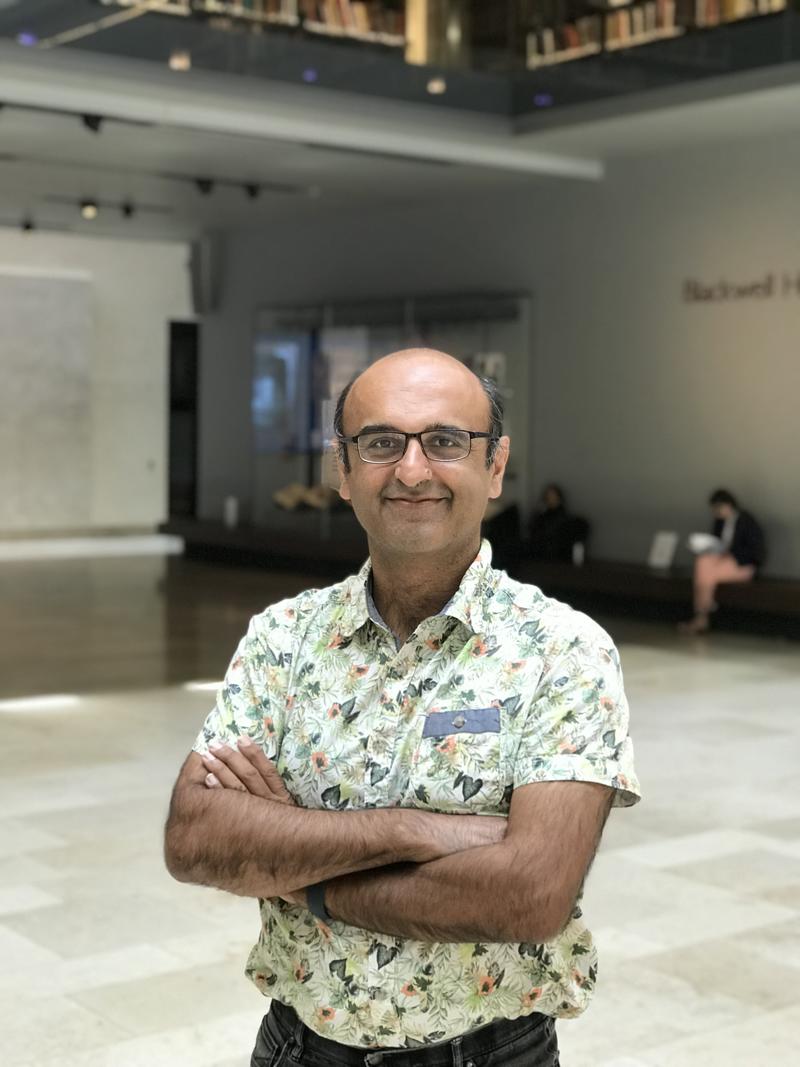 But we hadn’t planned to discuss doom and gloom, rather the startlingly optimistic idea that if the world could plant a trillion trees it could largely defeat climate change.

The very idea might seem fanciful, except that in July it was the subject of an academic paper in the respected journal Science.

The research arose not from Oxford but from Swiss university ETH Zurich.

In the paper, titled The global tree restoration potential (Science, 365, 76-79: 2019), the authors argued that the world has ample land for new trees. 900 million hectares to be precise, or a trillion trees storing a potential 205 gigatonnes of carbon. They claim to have already measured and deducted land needed for food production.

In discussion with UK journalist Damian Carrington for the Guardian newspaper, the academic lead for the paper, Professor Tom Crowther, emphasised the pragmatism and inclusivity of such a solution. ‘It is available now, it is the cheapest one possible and every one of us can get involved.’

Malhi agrees that the paper offers positive thinking at a time when its desperately needed, and indeed that the broadest outline of the proposed solution is feasible. But he’s also cautious, citing some methodological concerns around the exact maps used by the researchers to conduct their artificial intelligence-enhanced survey of the globe.

‘Using remote sensing to map tree cover is very clever, yes; but they’ve had to make assumptions concerning what areas could have trees that don’t currently have trees. The maps they’ve used are from the 1990s, which has led to some mistakes. More broadly, there are lots of non-forest ecosystems that should be left alone. For example, natural savannahs get flooded seasonally – there’s no way trees should go there. There are lots of diverse and vibrant non-forest ecosystems that need to thrive beside forest.’

A professor within Oxford’s world-leading School of Geography and the Environment and Programme Leader of an innovative Ecosystems Group in Oxford’s Environmental Change Institute, Malhi notes that before the paper was published the consensus among experts was that re-forestation might be about 20% of the climate solution.

Tragically, as it now reads even since July, Zurich’s Crowther noted how the real potential for carbon sequestration lies in the tropics, and how ‘Personally, Brazil would be my dream hotspot to get it right – that would be spectacular.’

Brazil isn’t playing along though. Populist President Jair Bolsonaro, who assumed office at the start of the year, has lit a torch under an already fragile effort to reduce deforestation.

Malhi counters that for the two decades before Bolsonaro, Brazil was, broadly speaking a success story for conservation. Good news rarely makes the headlines.

Many of these fires have been deliberately started by farmers who support Bolsonaro’s plans to develop the jungle with highways and dams, the president citing the interference of NGOs and other international groups as a covert form of colonialism. By the end of August Sao Paulo was enveloped in thick smoke.

This is why the idea that the west could somehow pay Brazil for ‘forest services’ to conserve the Amazon, a notion that I naively put to Malhi, is far more difficult than it sounds. ‘It feels like green colonialism and that’s just not feasible right now,’ he replies.

He adds, ‘…it also feels like moral jeopardy – the European solution always seems to be abroad, to be somewhere else. But what are we doing ourselves?’

When the G7 offered Brazil the gesture of $20m to help fight the fires, no wonder that Bolsonaro initially rejected it saying that Europe could reforest itself first before telling Brazil what to do.

Unfortunately the Brazilian president is right in noting that Europe is largely deforested, historically speaking.

One of the very worst states in Europe is the UK, ranked 29th lowest out of 218 states in the 2016 State of Nature report compiled by international scientists.

Bringing it all back to Oxford, the subject ‘what to do’ becomes more positive, perhaps precisely because there is such a large scope for improvement.

St John’s College is only the second owner in 900 years, of Bagley Wood, situated between the city and Abingdon to the south.

And then there is the internationally recognised Wytham Wood, a thousand-acre, ancient semi-natural woodland, which has been owned and maintained by the University of Oxford since 1942.

At this point in our conversation we discuss the many clusters, networks, groups and laboratories at Oxford. Headed by Dr. Cécile Girardin, The Oxford Biodiversity Network represents an ambitious array of research programmes on a wide variety of ecosystems including forests – what they do, how they function, what services they perform without us realising, and what their climate change mitigation potential is. The buzzphrase is ‘nature-based climate solutions,’ representing an exciting new area of research and also practice. We map it all on a piece of A3 paper, which by the end is covered is scribbles, circles and cross-links.

But if there is one emerging theme it is of the need to be open to the world, to the global dimension of climate and nature, while not forgetting the local, and to be honest about the challenges but as much as humanly possible avoid pessimism, ‘an indulgence,’ suggests Malhi.

With a gleam in his eye Yadvinder asks whether such a project couldn’t be enacted locally to Oxford, whether on existing University land or via acquisition. In doing so he notes that while the University has recently published its next carbon reduction target, aiming to reduce emissions 50% from their peak by 2030 (instead of the previous goal of cutting emissions by 33% by 2021), the difficulty of doing this with an estate that includes many leaky and inefficient Grade One-listed buildings is enormous.

‘We shouldn’t be shying from this challenge,’ he says, ‘but I think that increasing our carbon sink might be the only way to achieve the sort of net zero emission goal that Cambridge have already committed to by mid-century.’

In short, goes the thinking, growing a forest (shorthand here for an intricate land restoration project, not just a closed canopy wood) could be a part of Oxford’s way to achieve this.

On this intriguing note we bid our farewells and I pop round to Blackwells to buy a copy of Wilding.

As well as being the Founding Director of The Oxford Centre for Tropical Rainforests, Professor Malhi is Programme Leader in Ecosystems Research at Oxford’s Environmental Change Institute (see below).

Dr. Cécile Girardin is Science Lead at the Oxford Biodiversity Network, and Technical Director of Oxford’s Nature Based Solutions Initiative. She can be contacted at cecilegirardin@gmail.com

Oxford’s School of Geography and the Environment is a recognised world leader in ecosystem science and research.

The Oxford Biodiversity Network mobilises the University's expertise in science, technology, business and society. It is part of the Oxford Networks for the Environment (ONE) working together to find solutions to the complex, converging challenges of energy, water, and food security, climate change and threats to biodiversity.

Wytham Woods is 1000 acres of ancient wood gifted to the University in 1942 and a major site of research since.

The Oxford Centre for Tropical Rainforests is a network of Oxford University departments and neighbouring NGOs, consultancies and businesses in the Oxford area.

The Martin School fosters more than 30 solutions-focused, pioneering research programmes that cut across disciplines to find solutions to the world's most urgent challenges.