A landmark agreement creates a blueprint for world-leading future cities, with Oxford at the centre

Oxford’s very high cost of living is very well understood within the University community and wider City. Dr David Prout, Pro-Vice-Chancellor for Planning and Resources, says ‘That is why the University Strategy prioritised the provision of at least 1,000 subsidised homes for University and college staff and at least another 1,000 units of affordable graduate accommodation.’

Delivering such a colossal development in a socially and environmentally sustainable manner, plus further academic, spin-out and commercial spaces at Begbroke Science Park and Osney Mead, requires a partner with both expertise and a vision for the future of cities in this century.

Step forward Legal & General Capital, which invests from Legal & General’s principal balance sheet to generate long-term shareholder value by injecting new capital into key sectors where there has been a shortage of investment and innovation, thus giving it an immensely long-term outlook sympathetic to Oxford’s proven longevity and prudence. 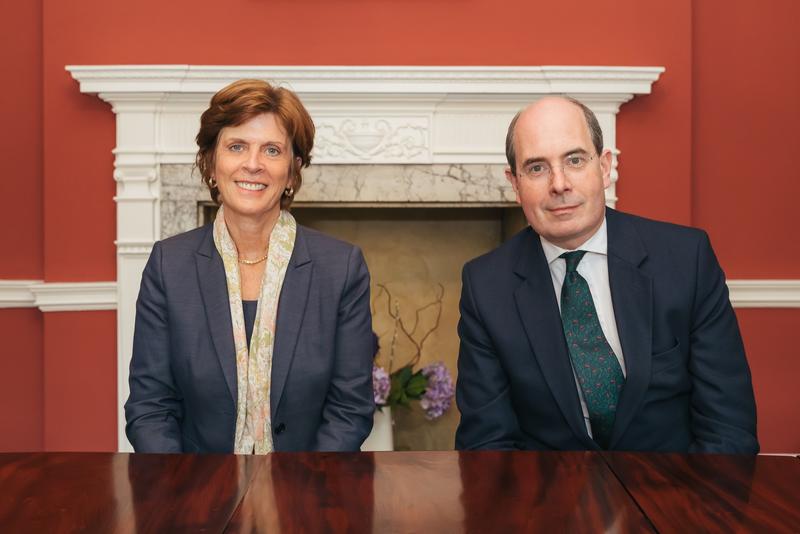 John Cummins, Managing Director of Legal & General’s Future Cities Business, which sits within the Capital division, describes the broader company as a beaded string of pearls, unique for its overlapping competence in areas such as academic innovation and green energy finance, housing provision and a very long-term outlook, amounting to a blueprint for future cities conceived of as sustainable and high-quality infrastructure.

Cummins says, ‘Universities are a key driver for the growth of cities, acting as a magnet for talent and incubator of growth and innovation. They have an integral role in shifting the dial for future success. Great universities also need an economic, physical and digital infrastructure to create an ecosystem that attracts the world’s finest scientific and academic talent. This partnership is a unique opportunity for two of the largest, most established and long-term UK institutions to work together to address Oxford City’s future needs, enabling it to continue to be a major centre of growth.’

Professor Louise Richardson, Vice-Chancellor of the University, says, ‘My colleagues and I are delighted to have formed this partnership with Legal and General. We look forward to working together to address some of the most pressing challenges facing the University today. We will build much-needed graduate accommodation, subsidized housing for University staff, and new science parks, where academic departments, University spin-outs and commercial partners can work together to create new companies as well as high quality jobs.’

Nigel Wilson, CEO of Legal & General Group, says, ‘Our partnership with Oxford is leading the way in bringing together dynamic cities and patient capital, creating great outcomes for long term investors and for the cities themselves. Legal & General’s partnership with the University is a terrific example for cities across the globe to follow.’

Returning to the specifics of the 50:50 partnership between Oxford and L&G, Prout says that the process leading to the agreement was painstaking, in order to secure affordable rents over the duration of a lease on land whose freehold will continue to belong to the University. ‘We also said that the funding put in to the agreements could not be traded on the open market, to avoid undesirable investors purchasing our leases.’ Finally, the maintenance of the properties will continue to be by the University, ‘in order to ensure high standards and provide a University ‘front door’ for our staff and students.’

Essentially, what the University has done is to leverage its rock-solid covenant and land holdings but without calling on its own capital, in particular the £750 million bond it raised in 2017. This has been ear-marked partly for the rebuilding of the Tinbergen Building, providing a new home for Anthropology, completing the development of the Radcliffe Observatory Site and purchasing more land for future expansion at the Churchill.

Legal & General Capital (LGC) is the early-stage investment arm of Legal and General Group and has invested over £19 billion in direct investments such as homes, urban regeneration, clean energy and small business finance. Legal and General Group was established in 1836, and is one of the UK’s leading financial services groups and a major global investor, with international businesses in the US, Europe, Middle East and Asia. With over £1 trillion in total assets under management, it is the UK’s largest investment manager for corporate pension schemes and a UK market leader in pensions de-risking, life insurance, workplace pensions and retirement income.