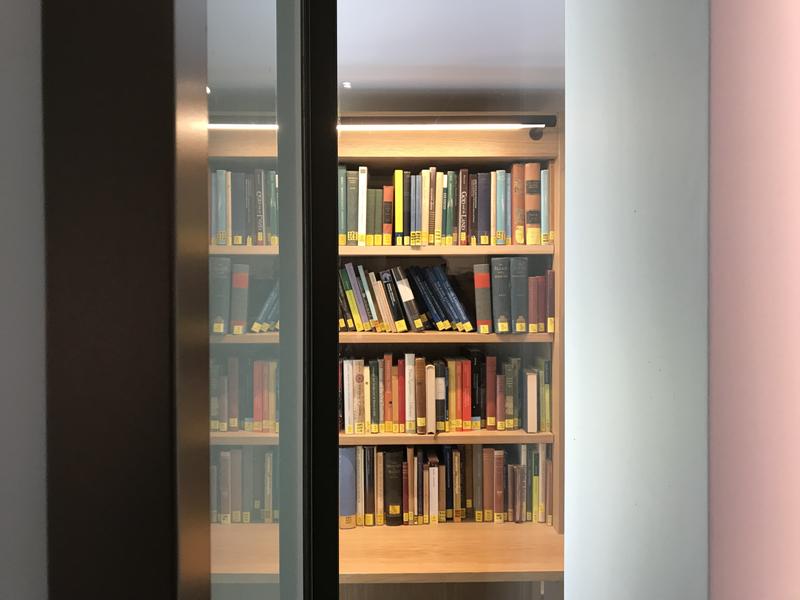 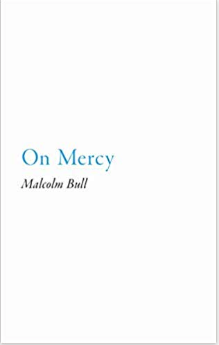 Reason has led to monstrous outcomes whereas mercy allows for contingency and a sort of kindness. The author, based at Christ Church, is Professor of Art and the History of Ideas at Oxford. His 163-page essay here takes aim at the early modern construction of Hobbes’ Leviathan state and the resulting machinery of justice. The implications culminate in a reflection on AI, animal welfare and indirectly (one may surmise) on Lampedusa, where North African boat migrants are being turned away to drown or starve in a brazen display of Enlightenment. An extraordinarily original reflection that is written with the precision of philosophy but the gusto of a rapid, far ranging tutorial. 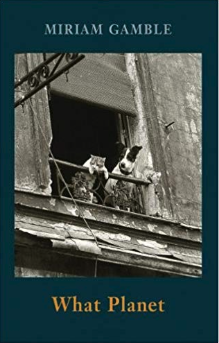 What Planet by Miriam Gamble (Bloodaxe, £10)

Eminent poet and Oxford alumna Miriam Gamble marinates in a world of human-animal and life-death, where the tang of disinfectant from a stone cold grandmother in Winter Sunday contrasts with a heron in a poem called Holograph,

From the reaches of the foliage

Religious lugubriousness and scalpel words are devastating in their own quiet way. There’s a pervasive sense of the surreal but no more so than what our minds do daily – if you think about it. The poet might wrest back the high ground of truth in a post-truth world to the mind. Or she might not. 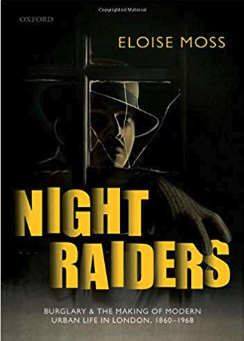 Moss, now a Lecturer in Modern British History at Manchester University, completed most of the work for this book in a DPhil at Oxford, aided by a Vice-Chancellor’s Award in the final stages. And how well was that money spent! It’s a brilliantly original book. First of all, burglary is a mostly untapped subject; secondly, and as you might imagine, it’s a treasure trove for class angst, cultural history, erotic fantasy, insurance industry marketing and – basically – the whole larger-than-life hinterland of the Victorian penny dreadful. By the end this has morphed into a rapid, statistically-evidenced increase in crime as the Great Depression gripped in the interwar years. The gender study within the narrative is a gold mine and upends the normative assumption that burglars were always and only men. 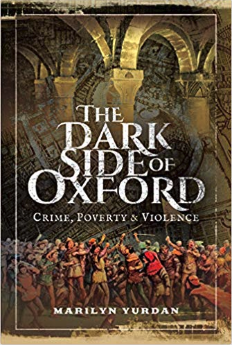 The Dark Side of Oxford, Crime, Poverty and Violence by Marilyn Yurdan (Pen & Sword, £13)

Another book on crime and so much more, makes Oxford and the past generally seem absolutely miserable compared to our own assumptions of comfort and wellbeing. Apparently there was a monster burglary on 21st February, 1544, when two men broke into St Mary’s the Virgin, the University Church, and cleaned out cash and plate. The University then had to have a whip round to pay legal costs to bring the men to book, but the rest of the matter is unclear, from this account at least. As for Town and Gown, it reads like a sorry saga of utter barbarity and hatred culminating in the 10th February 1355 ‘St Scholastica’ massacre when a row over the quality of ale (booze eh?) led to 63 dead students and half as many townsfolk, royal intervention and ultimately a victory for the University. The unwritten implication is that this could all return, whether through a BREXIT civil war or climate breakdown. Could it? 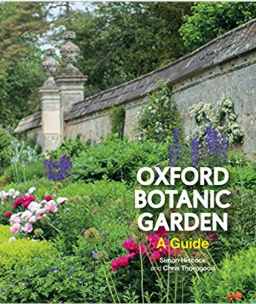 This is a fresh guide to the Botanic Garden, founded in 1621 and turning 400 in just two years’ time. The garden itself is re-imagined, had been re-imagined, under sympathetic leadership and now offers a global view from within the hortus conclusus. There are borders dedicated to New Zealand and Japan, there’s an arid house to give us all a glimpse of the future, and lest you thought it was all about exoticism, there are cabbages and cocoa plants under the broad header ‘plants that changed the world’, a reminder that without plants life would be tricky. 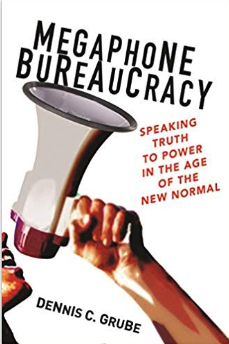 Megaphone Bureaucracy, Speaking Truth to Power in the Age of the New Normal by Dennis C. Grube (Princeton University Press, £24)

Bureaucrats are under severe pressure in an age of wild partisan sympathies, populism and lying leaders, so what to do? Grube, former speech writer and one time visiting fellow at Oxford, performs a terrific survey of many countries but the obvious case study to mention is Margaret Thatcher because it rouses such a range of positions from Oxford alumni. When she died in April 2013, the head of the civil service Bob Kerslake and cabinet secretary Jeremy Heywood wrote a piece extolling Thatcher’s kindness as a colleague and her shepherd’s pie. Published in The Daily Telegraph it caused a mighty storm even though it wasn’t overtly political. In other words what does neutrality mean any more? 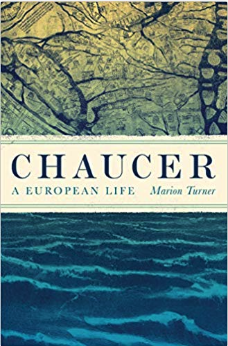 This wonderful biography, a veritable blockbuster at 599 pages, unlocks the 14th century through a space and theme approach to Geoffrey Chaucer that emphasises his European identity. It’s also a brilliant evocation of Chaucer’s London – but a London that already points to all stars of the compass and Lombardy in particular, where Chaucer visited as a diplomat. It couldn’t be further away from Canterbury if it tried, or rather: when you get there it’s transformed from exhausted Englishisms and stereotypes.