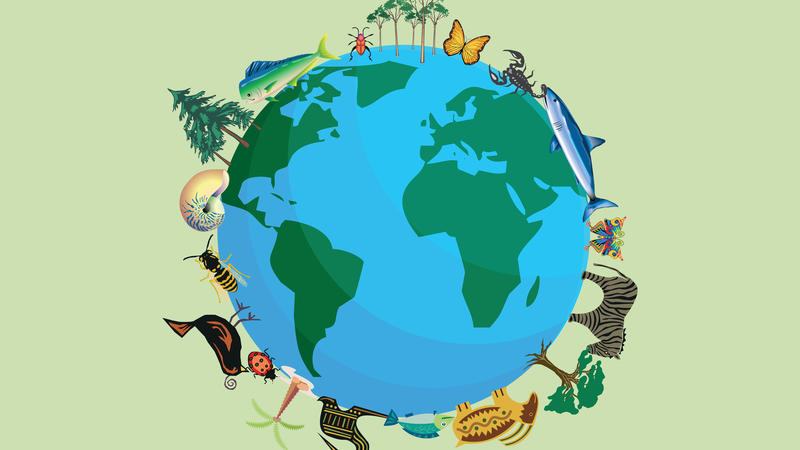 Nature is moving to the top of the international agenda. The loss of biodiversity is increasingly recognised as a crisis, linked to climate change, which needs urgent action. But without a framework that translates actions at the local level into international commitments, it is difficult to know how to structure and report on the contributions being made by people and organisations around the planet towards this global effort.

Today, researchers at the University of Oxford and their collaborators have launched a new approach called the "Conservation Hierarchy" to support governments, businesses, individuals, communities and local authorities in their efforts to tackle the loss of nature in a coordinated way.

Oxford University will be using its own operations as a case study for how large, complex organisations can reduce their biodiversity impact using the Conservation Hierarchy. The new hub, named the Oxford Partnership for Operationalising the Conservation Hierarchy (OxPOCH), will be the first to use the framework in practice, with a focus on two key areas - reducing the environmental impact of our food, and ensuring that new developments have ‘Biodiversity Net Gain’ (leaving nature in a better state than it would have been if the development hadn't been implemented).

The Conservation Hierarchy - also known as 4Steps4TheEarth - requires organisations to go through four planning stages with respect to an overarching goal (such as restoring nature):

OxPOCH is focussing one part of its work on food sustainability, in response to recent research led by Oxford, which has shown the need for wide-ranging dietary changes in the future. Joseph Poore, of the Oxford Martin Programme on Food Sustainability Analytics, last year showed one of the biggest impacts an individual can have on their carbon footprint is to reduce their meat intake. Working with Joseph Poore, the Oxford Martin School's Livestock Environment and Agriculture Programme and the Department of Primary Health Care Sciences, OxPOCH will investigate how, through different ‘nudge’ techniques, canteens and college halls can change the choices staff and students make in order to eat more sustainably.

The second theme the researchers will tackle is supporting the University and its colleges to manage its estates with biodiversity in mind, through demonstration projects and new guidance.

Henry Grub, OxPOCH’s coordinator and lead researcher, said: ‘The whole estate associated with Oxford goes far beyond the city walls. We want to investigate how biodiversity can be preserved and enhanced across this space, while maximising the estate’s practical usage.’

OxPOCH comes at a time when Oxford University has made a commitment to improving its environmental sustainability, both with respect to climate change and biodiversity loss. OxPOCH’s Principal Investigator, Professor E.J. Milner-Gulland (Department of Zoology and Parks College), said: ‘It's wonderful to have the opportunity to translate our academic research that is informing global policy into real, concrete actions within our own institution. We're going to learn a lot about how to make the Conservation Hierarchy work for big organisations, while also helping the University and its staff and students to meet their own aspirations to improve their environmental sustainability.’

The OxPOCH partnership has team members from across the University and the colleges, representatives from every academic division, the Oxford University Museum, the University’s Estates Services and the Oxford Student’s Union. The partnership is also bringing in expertise from outside, including conservation organisations the Berkshire, Buckinghamshire and Oxfordshire Wildlife Trust and Synchronicity Earth, as well as partners from business including consultants Biodiversify Ltd. The team is also reaching out across Oxford city and working with researchers and conservation organisations across the UK and internationally, as part of the broader Conservation Hierarchy project.

Oxford's Head of Environmental Sustainability, Harriet Waters, said: ’This is a great example of Oxford deploying its globally-significant research to support its own staff and students to improve the sustainability of our operations, while also contributing to high-level international policy processes. I'm really excited to be part of the OxPOCH team and to help the University to learn from the work OxPOCH is doing, as we as an institution develop an ambitious new sustainability strategy.’

The world around us is changing, and Oxford researchers are at the forefront of trying to understand better the reasons for global temperature and sea level increases, extreme weather events, plastic waste proliferation and threats to biodiversity.

Our researchers are working with partners in industry, government, the third sector and at other universities to address these challenges and to propose innovative approaches and solutions. Find out more about our True Planet campaign.