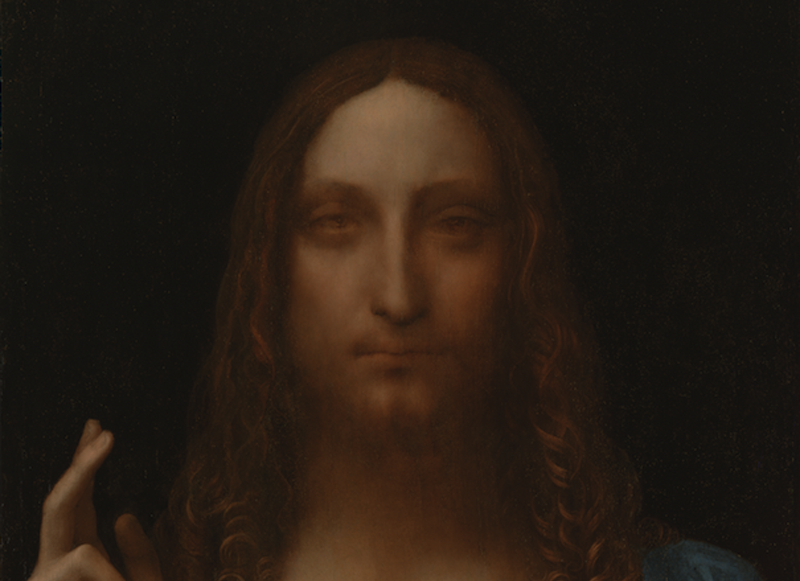 An Oxford art historian, Dr Margaret Dalivalle (Oriel, 2003), along with emeritus professor of the history of art at the University of Oxford Professor Martin Kemp, and Dr Robert B. Simon, the New York gallerist credited with unearthing the first Leonardo since 1909 at a Louisiana estate auction in 2005, are on the cusp of publishing a path-blazing work of scholarship that will, they hope, bring light and logic to the murky and difficult recent world swirling around the painting by Leonardo da Vinci (1452-1519), Salvator Mundi.

The book is Leonardo’s Salvator Mundi and the Collecting of Leonardo in the Stuart Courts (Oxford University Press, 2019) and will be published in September. 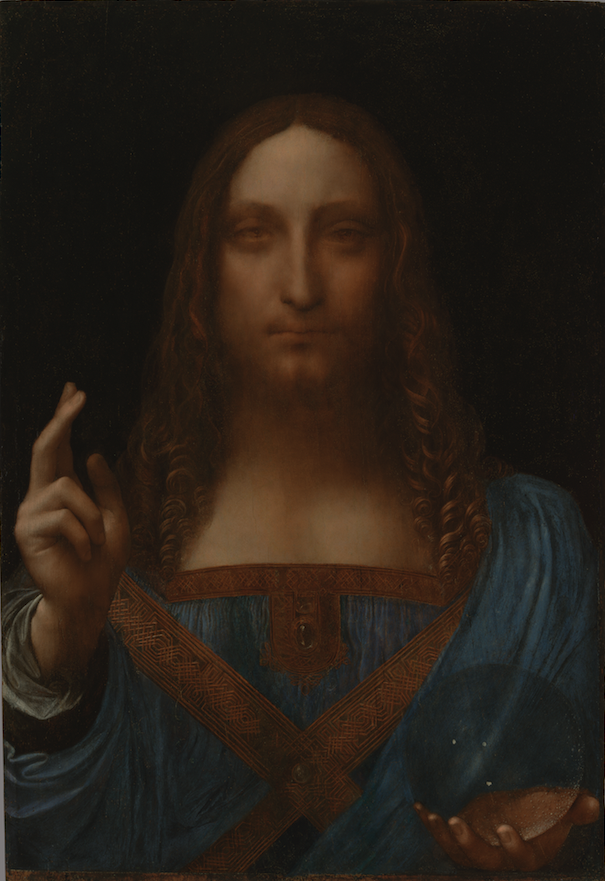 The painting, a Renaissance portrait of Christ, achieved instant notoriety in 2017 on account of its price. It was reportedly acquired by Saudi royal, Prince Badr bin Abdullah al Saud at the auction house Christie’s, New York, for $450,312,500.

The sale has led to intense media speculation about the work, bringing out the full force of wrangling over what constitutes fair value in a world as warped and wonderful as that of fine art.

Aside from the emotional charge, the Salvator Mundi has become the object of red-hot art world controversy as well as commercial speculation, complex diplomatic relations and conspiracy theory.

At the centre is the mystery of the painting itself, which has ‘disappeared’ since 2017, having once been scheduled to go on display at Louvre Abu Dhabi.

This so-called ‘disappearance’ might better be called invisibility on account of being in a private collection. Most of the world’s art, perhaps three-quarters, is estimated to lie out of public sight in private collections. But in this case privacy has created something of a conceptual black hole, the perfect basis for colourful hypotheses. The most oft-asked question is, where is it now? Is it what it purports to be, a real Leonardo? Was it already spoiled through overpainting and conservation? Has it been destroyed by design or by accident? How could any painting be worth this much money? Is there cultural appropriation given the reported buyer, a Muslim Arab, and the devotional, specifically Christian subject matter of the painting? Does it matter?

Underlying all this is a seam of envy, one suspects, given the age-old rags to riches tale of speculative success. After all, the painting met general acceptance on its first public outing at the National Gallery in 2011. Only after fetching bazillions at auction did it become the object of media frenzy.

Put simply, Robert Simon and fellow gallerist, Alexander Parish paid US$1,175 for the painting at a Louisiana estate auction in 2005. While it was sold twice more by private treaty before coming to auction, they still walked away with $80 million, the first of those sales. Not a bad pay day.

Away from the flashlights of controversy, scholars had already been poring over the work.

In fact, much of the painstaking scholarship that will now be revealed in the Oxford University Press book began years before the 2017 auction, indeed shortly after its purchase in 2005.

As Dalivalle makes clear, the only reason the book hasn’t come out earlier is because of its own bumpy passage to birth, one reason being the difficulty of selling a monograph about a single work of art, traditionally a route to commercial disaster for publishers. But she emphasises that it was well in train by early 2016, long before the painting hit the headlines.

Instead, OUP are facing a wall of demand for a book that is anticipated to go to the heart of the matter by clearing up the fundamental issue of whether the painting was simply ‘Milanese School 1520s’, or ‘Workshop of Leonardo,’ or ‘Leonardo.’

At stake here is the controversial claim of a journalist Ben Lewis, who published The Last Leonardo and claimed that, ‘A “potpourri” of vested interests has combined ‘to turn a workshop painting into a Leonardo’.

Dalivalle disagrees almost completely with this position. At our interview, conducted in the cool glade of the Senior Common Room of Lady Margaret Hall, University of Oxford, she says that ‘everything stacks up for Leonardo…absolutely everything.’

Not wanting to be miscast as responding to the squall, which is typically not how scholars work, Dalivalle says, ‘Most of the controversy has been confected, and the narratives pieced together from news articles, supposition, and misunderstandings or sloppy research around Leonardo’s practice and biography.’

A dual expert in Stuart collecting of Italian art in 17th century England and Renaissance Italian art, she adds, ‘I don’t see anything to suggest an assistant.’

She notes that there remains a discussion between her and fellow author Kemp about the precise dating of the painting, she believing it to be from 1513-16 in the ambit of Medici patronage in Rome, and Kemp preferring a slightly earlier dating, 1505-10, adding that none of Leonardo’s paintings can be dated with absolute confidence.

It’s not the case that things get to be cut and dried in these situations. It is rather that by process of elimination and through evidence, corroboration and experience, the most renowned art historians may come to a form of consensus that leaves the door ajar for lesser discrepancies and disagreements.

Dalivalle commences her analysis by being realistic about Renaissance paintings. She writes,

‘Plotting the movements of a small object made of wood and paint over the course of half a millennium is inescapably problematic. In fact, only one work by Leonardo – the Last Supper – has a continuous history, for reasons that are self-explanatory.’

The Last Supper was documented at the time, visited over centuries, stayed in the same location and is a mural. Other paintings quickly travelled across borders, entered private collections and re-surfaced periodically, Salvator Mundi being one.

But that doesn’t mean that paintings like Salvator can’t be attributed and positioned, historically speaking.

One criticism, for instance, is that the portrayal of Christ is rather frontal for Leonardo, thus unusual, perhaps too unusual to be a Leonardo. Dalivalle speaks at length about specific theological climates according to Italian region while never forgetting that Leonardo remained ‘a jobbing artist in the Renaissance – sometimes contractually obliged to paint within a received iconography; in other regards at liberty to renovate.’

It is far too easy to forget the private, devotional utility that the painting would have originally served, says Dalivalle.

Dalivalle’s specific strength, meanwhile, is the Stuart Court in England, the point here being that there were two paintings of Christ, one of them explicitly Salvator Mundi, attributed to Leonardo, in the seventeenth-century British Royal Collection.

The painting in front of us is one of them, and the insistent weight of evidence, argues Dalivalle, is a far cry from self-appointed experts on social media and fast-buck journalists who want to argue that merely by force of an unlikely twenty-first discovery and a high auction price, the whole thing must be a hoax.

The book returns the whole focus back towards critical academic issues including iconography, dating, patronage, and the ‘making’ of Leonardo during the late 1500s and following century.

Almost certainly, the controversies will not lie down easily now that they are so lively. A fifteen-chapter book with an Epilogue and an Appendix, Leonardo’s Salvator Mundi and the Collecting of Leonardo in the Stuart Courts will attract a wide readership from scholars to general public, not forgetting students for whom it will become a core text book on how to weigh evidence. It is to be translated.

The Epilogue, where ‘Martin Kemp discusses the reception of the painting, by specialist scholars, and in the public sphere, since its first exposure at the National Gallery exhibition of 2011, and more recently, in the wake of the media frenzy around the 2017 sale at Christie’s…’ may be where time-starved journalists congregate, but scholars will thread their way carefully through the arguments and the evidence.

Knowledge will advance as it does, while louder voices might find their power waning. 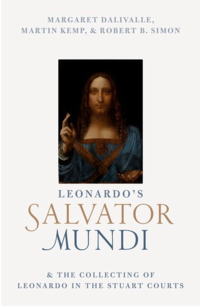