OXFORD URGES A MORE RADICAL TRANSPORT STRATEGY FOR THE CITY 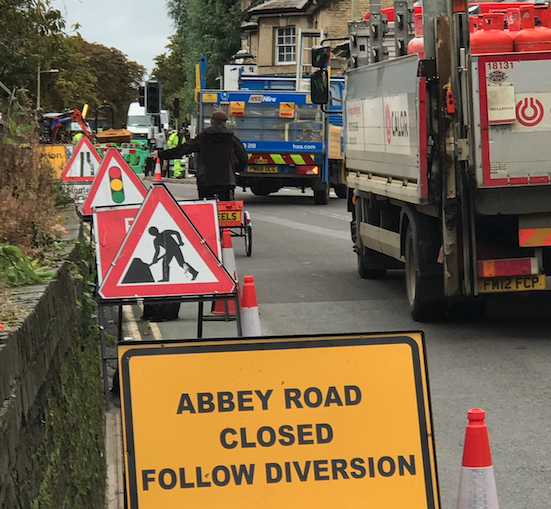 OXFORD URGES A MORE RADICAL TRANSPORT STRATEGY FOR THE CITY

Oxfordshire County Council has been consulting the public on a plan called Connecting Oxford. Faced with a growing population and a very high cost of living that drives up the number of in-bound commuters from satellite towns and villages, Oxford is a city faced with massive problems of traffic congestion and poor air quality, both seemingly worse by the year.

The Council itself says that merely crossing the city by bus, at rush hour, from Summertown to Oxford Business Park takes fifty minutes – an average of 6 mph. 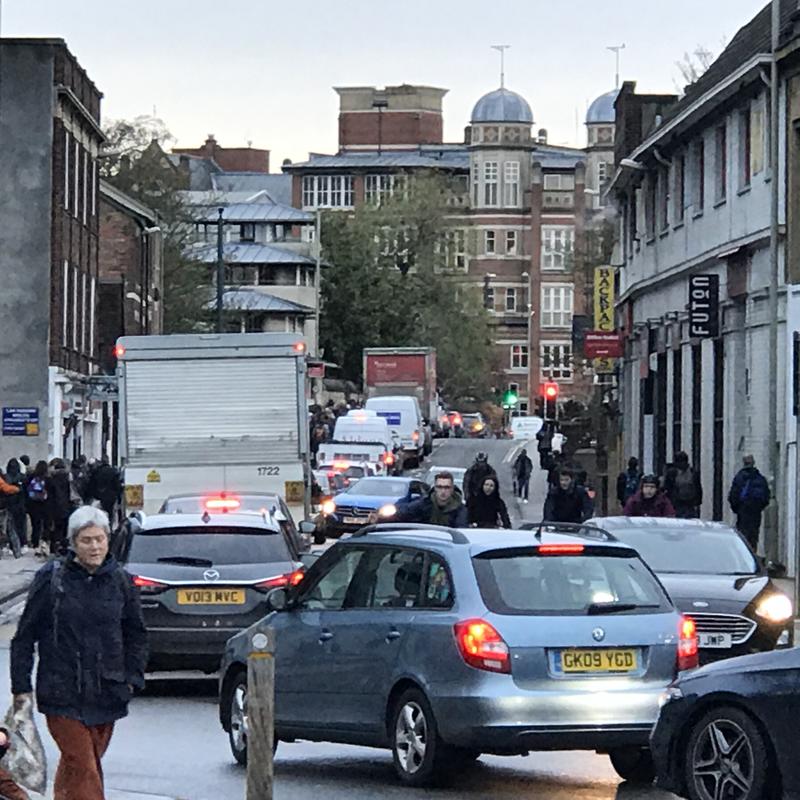 Pro-Vice-Chancellor for Planning and Resources, Dr David Prout (Wadham, 1985), says, ‘We are playing catch-up in Oxford. London as a whole has invested in fabulous new dedicated cycle lanes. And even less well-known areas of London have gone further in widening pavements and reducing carriageways. I think of Oxford not as the ’cycling city’ but as the ‘City of Tarmac.’’

The University has a sustainable transport policy of its own.

In a recent report by the National Infrastructure Commission, Running out of Road, it was suggested that both Oxford and Cambridge, defined in so many ways by listed buildings and narrow, medieval streets, were at a tipping point. Report author Andrew Gilligan noted, ‘with the levels of growth planned, congestion in these cities risks soon becoming unmanageable.’

The issue is not so much one of recognising the problem as deciding on the right solutions, and the Council estimates another year is needed before it could implement, in 2021, a scheme to ‘dramatically reduce congestion and pollution’ across the city. 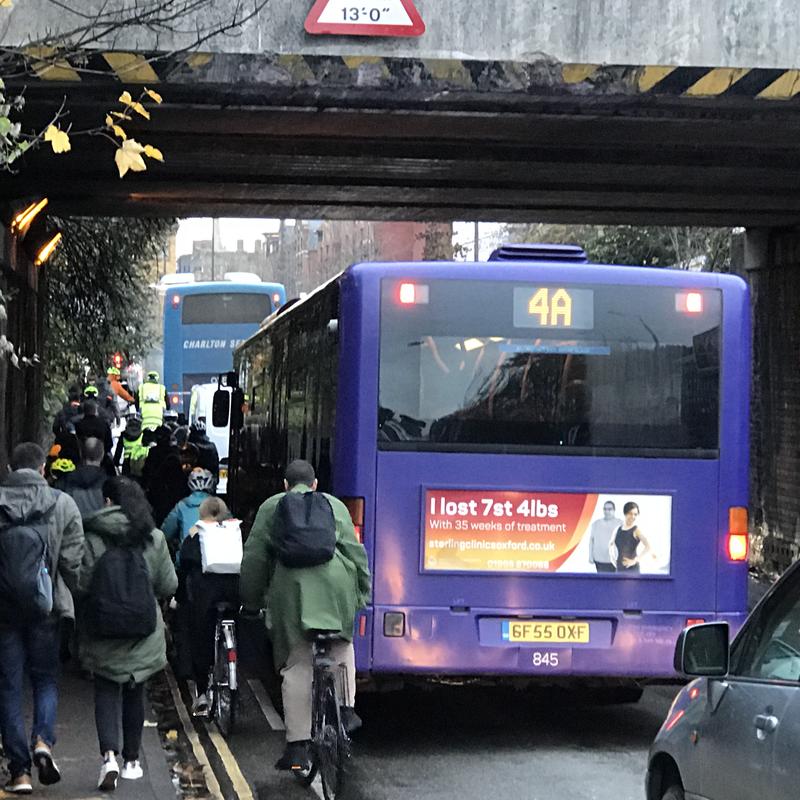 The big idea at the heart of the currently mooted reform is to apply a Workplace Parking Levy (WPL) of £4-600 a year to the Eastern part of the city – the arc that connects Marston, Headington, Cowley and Iffley.

The idea of workplace parking charges is no longer considered to be radical since Nottingham grasped the nettle and successfully administered such a scheme in 2012. It means that employers who offer free parking to employees have to pay the Council for the privilege – and then it’s up to them if they pass the cost on to the employee.

Another idea of the Councils (City and County Councils are working together) is to restrict traffic on five ‘black spot’ routes, much like the existing camera-controlled, ‘bus-gate’ half way up Oxford’s High Street.

London recently had a car-free day

The University is convinced that the scheme needs to go further in order to achieve the sort of change seen in central London with its Congestion Charge, and other cities such as Gothenburg and Stockholm in Sweden.

This is quite apart from the changes needed to achieve the Councils’ stated aim of being ‘as close to zero-carbon as possible, within 20 years.’

Little known to the outside world, the University has for some years applied an even steeper WPL levy on its own employees (£750 p.a.) than the Council is suggesting. It has directly invested the proceeds in an innovative fleet of electric vehicles that operate principally from the University’s administrative centre in Wellington Square. The vehicles, mostly vans for maintenance, have been a resounding success and more reliable than their internal combustion-engined predecessors.

Were the Council to mandate a WPL, it would end the University’s voluntary action in this sphere, depriving it of valuable revenue. This leads Dr Prout to suggest that the University be more directly involved in the governance of any scheme, as compensation.

He says, ‘We’re really saying here: look, yes, we’re up for a wider WPL – this is the start of a high-level discussion. But it needs to be more ambitious. The WPL has to apply to everyone, to generate a bigger pot of resource to deliver a more substantial range of alternative travel.’

Also little known outside the University, is the fact that it is bound to act on employee travel and transport because of an environmental clause baked into its development goals and strategic plan – to minimise environmental impact, ‘conserving our historic built environment and improving our space utilisation.’

The issue of ‘space utilisation’ is critical. On this subject, everyone agrees. At the heart of Connecting Oxford sits this sentence: ‘A car carrying only the driver is one of the least space-efficient modes of transport.’

The University has offered a wide range of additional ideas to supplement the Councils’ and to stimulate an urgent discussion, among them:

The University has also called for a systematic overhaul of cycling provision, for the longest time a scandal in Oxford given the vast number of cyclists relative to other vehicles, faintly acknowledged in the Council’s own report which admits that ‘cycle lanes sometimes disappear where they are most needed.’

The University is calling for:

Dr Prout is also concerned about how the student population of both the University and Brookes – together 1 in 8 people living in Oxford for much of the year – are being engaged. Too often, they seem to slip under the radar despite being a large cohort of non-car-owning residents. 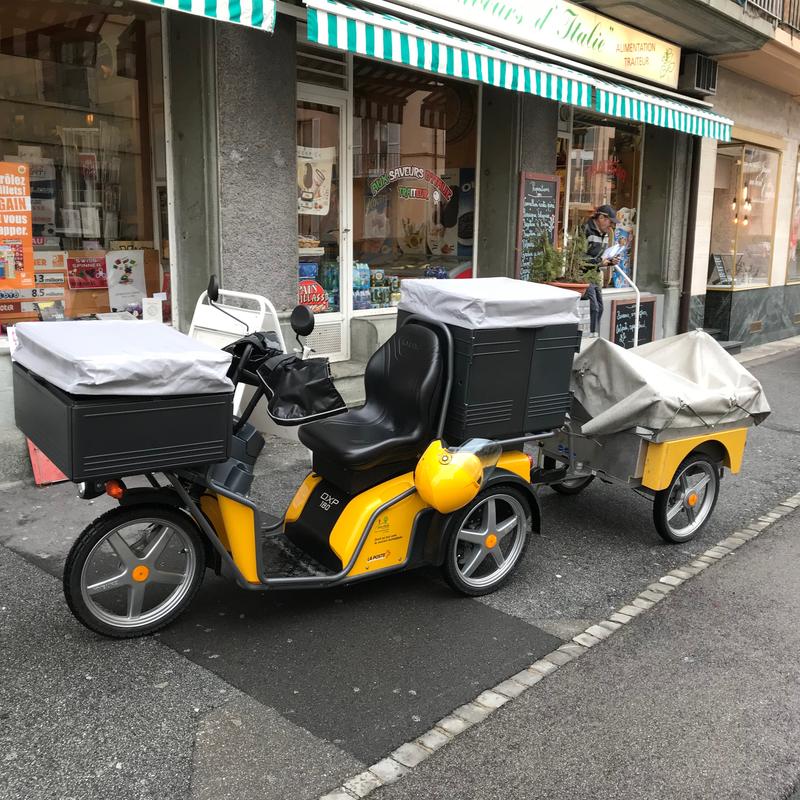 The University has also raised the issue of impending ‘very large numbers of new homes on the proposed Oxford-Cambridge Arc’ and how this will affect traffic; and how tourist buses are managed when they enter the city, given that anecdotally they frequently idle for long periods of time, to the immediate detriment of air quality.

According to Dr Prout, while the 39 colleges of the University have traditionally made their quadrangles into car parks for staff and fellows alike (just look at photos from the 1960s, for example), this is all changing very rapidly. ‘If you talk to a bursar now, there has been a sea-change. Colleges have to answer to their students, and students are worried about climate change and air quality.’

Dr Prout says, ‘Broad Street and St Giles could both be beautiful urban spaces but instead are dominated by blacktop. It’s something that would not be tolerated in many parts of Europe. There could be a tourist levy here as there is in many European cities. We could radically improve the most important walking routes like Hythe Bridge Street. If the twentieth century was the century of the private motorcar, the twenty-first has to be the post-car century. We have to get on with it but we can’t get there without serious alternatives.’