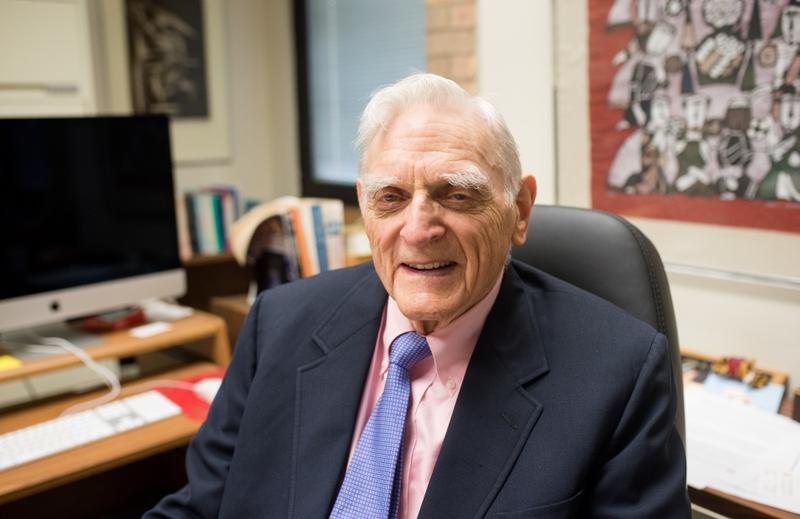 Professor John B Goodenough, The University of Texas at Austin, has been awarded the Nobel Prize in Chemistry for his work at Oxford University on lithium-ion batteries

Professor John B Goodenough from the Cockrell School of Engineering at The University of Texas at Austin has been awarded the Nobel Prize in Chemistry for his work at Oxford University that made possible the development of lithium-ion batteries. He received the award jointly with Oxford DPhil graduate M. Stanley Whittingham and Akira Yoshino.

In 1980, during his time as Head of the Inorganic Chemistry Department at Oxford, Professor Goodenough, along with Koichi Mizushima, Philip C Jones and Philip J Wiseman, identified the cathode material that enabled development of the rechargeable lithium-ion battery. This breakthrough ushered in the age of portable electronic devices such as laptops and smartphones.

Professor Louise Richardson, Vice-Chancellor of the University of Oxford, said: 'We are delighted that a second Oxford discovery has been honoured with a Nobel Prize within a week. Professor John Goodenough’s discovery of cathode material here enabled the development of the lithium-ion battery, introducing the mobile phone era and transforming lives worldwide. Our warmest congratulations go to Professor Goodenough and also to Professor M Stanley Whittingham, who obtained his undergraduate and postgraduate degrees at Oxford. Today, we are continuing the work Professor Goodenough pioneered at Oxford with major programmes of research into lithium batteries and energy storage.'

Professor Steve Faulkner, Head of Inorganic Chemistry at the University of Oxford, said: ‘John Goodenough and his group pioneered the development of lithium cathode materials in Oxford; without this work, the rechargeable lithium battery (and arguably the modern connected world) would not exist. His decade in charge of the Inorganic Chemistry Laboratory at the University of Oxford created a field of research that continues to thrive here. Professor Goodenough is distinguished by making notable contributions to scientific knowledge in every decade since the 1950s, crossing disciplines and defining new ones.’ 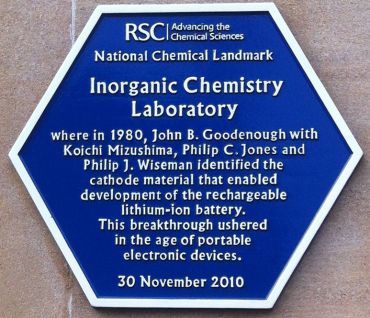 In May 2019, Professor Goodenough was also awarded the Royal Society’s Copley Medal, the world’s oldest scientific prize. He is a fellow of the Royal Society and is an Honorary Fellow of St Catherine's College, Oxford.The news of the Chemistry Nobel Prize follows the award of the 2019 Nobel Prize in Physiology or Medicine to Professor Sir Peter J Ratcliffe, Director for the Target Discovery Institute within the Nuffield Department of Medicine at Oxford University and Director of Clinical Research at Francis Crick Institute, London.