A new walking guide provokes a new conception of the University

This is an updated but still slender and jacket-pocket-sized walking guide to Oxford modernist architecture, penned by Olga Samuels following the original by Philip Opher (2001). It has a pull-out map and four suggested walks taking in numerous recent or late 20th century buildings, all recognisably ‘modern’.

An academic and sometime teacher of the University’s Adult Education programme, the author rather brilliantly makes her views clear throughout. Instead of shilly-shallying around, she embraces heroic modernism and rejects its opposite. 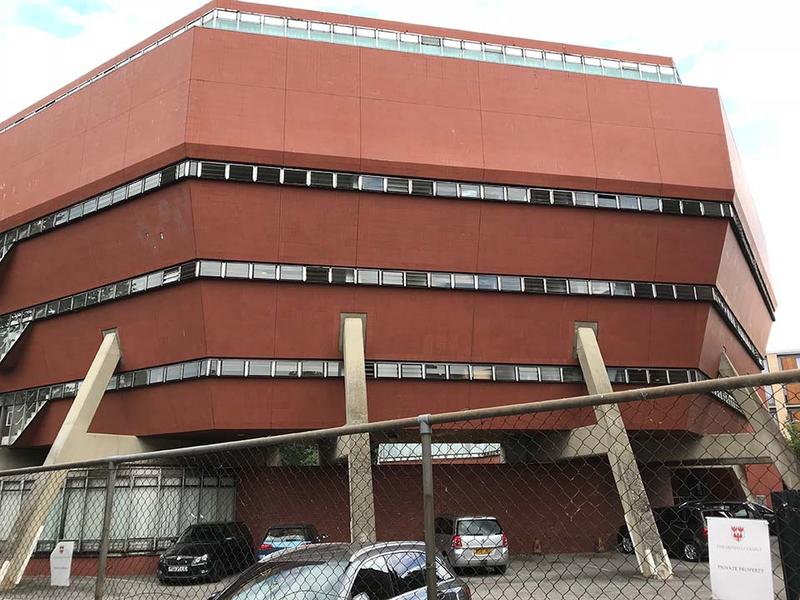 'Heroic' the 1968 Florey Building by James Stirling (The Queen's College)

Where the Dane, Arne Jacobsen’s 1964 St Catherine’s College is concerned, it is hard to disagree. Not only is it a Grade I listed historical structure – something we tend to associate only with crumbling stone and traipsing ivy – but the college is a complete vision. It is ‘Oxford’s masterpiece’ and ‘can stand comparison with any of its ancient predecessors.’

Then there is James Stirling’s Florey Building (1968), named after the man who invented penicillin. So tucked away is it just beyond the Plain, that lots of people have never seen it. Yet once it looms into view, this huge, bright red brick student residence buttressed improbably by concrete is unmissable. This is ‘a huge Expressionist sculpture, having scant regard for the users of the building and none for its surroundings.’ The author adds for good measure and so you can gauge your own reaction, ‘It is the one modern Oxford building that all visiting architects still want to see. Many students of The Queen’s College would like to have it demolished.’

If Catz and Florey offer sixties marmite in their own very different ways, they were both conspicuously late expressions of the international movement that was roaring away in Europe by the 1920s. It’s from that historical insight that the heroic looks cool, or at least proof that Oxford was not entirely insulated. The University was late to the party but hit the dance floor pretty hard, once it arrived. Had Stirling not blown up the rule book, implies Samuels, we would have had nothing but neo-Cotswold and neo-this and neo-that – diluted historical pastiche and how timid is that? (Ed. note: not everyone thought the New Bodleian timid – it was its own brand of marmite on opening in 1946.) 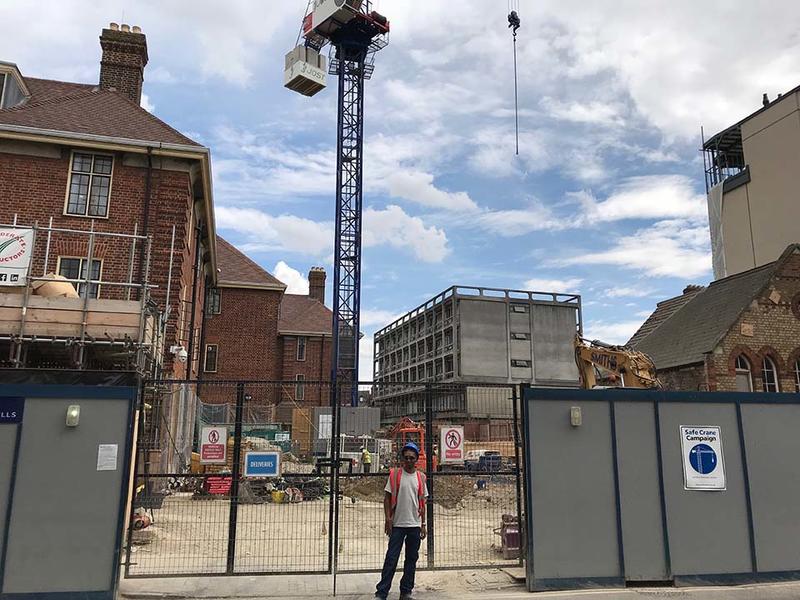 The 1980s suffered a reversion to conservativism, but since the start of the new millennium there has been a glorious eclecticism only occasionally marred by ‘half-hearted historicism.’ The themes are now about sustainability in materials and energy, and of course digital wizardry. There’s a more student-centric vibe and a better thought for adjacent buildings, trees, rivers, nature.

But go on a wander with this guide to hand and be amazed. The late Zaha Hadid’s Middle East Centre for St Antony’s (2015) is an improbable success. A wild piece of mirrored tunnel, it connects two Victorian buildings while respecting a century-old sequoia tree. The tree has the last laugh because it shades the reflective, metallic cladding to the extent that it never projects piercing light.

The guide is also new enough to feature the Sultan Nazrin Shah Centre (top image) in the grounds of Worcester, by Niall McLaughlin. It may be a conference centre – but what a gorgeous structure (recently the winner of a prestigious RIBA award). Samuels notes that it ‘combines an almost classically formal language with a contemporary idiom,’ sliding beautifully into the protected setting, all Clipsham limestone over steel frame, and set on obscured plinths to withstand a possible flood in the future.

The guide misses all the dramas and details that would have been rehearsed in Governing Body or faculty meetings, where the tension between aesthetic, function and funds would have waxed and waned over months and years as all these remarkable buildings took form. 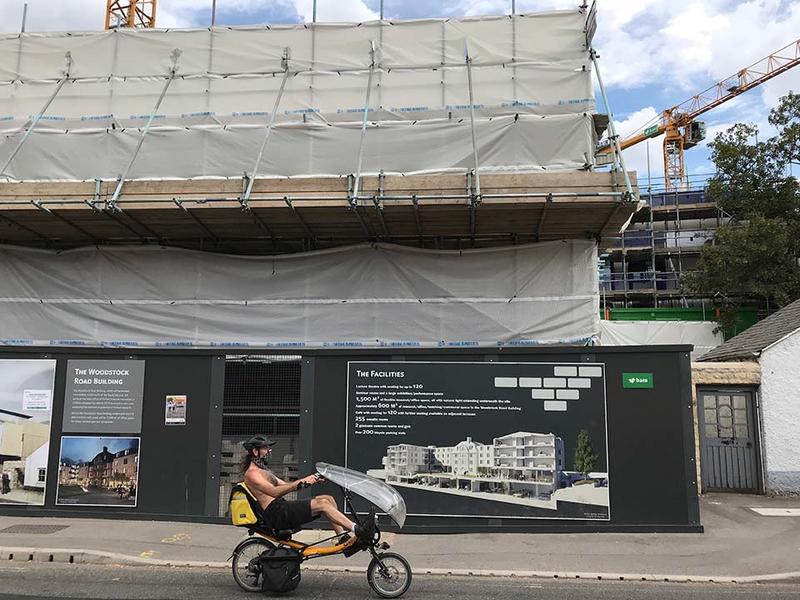 A glimpse at the Woodstock Road Building, July 2018

Maybe it doesn’t matter. But the most secluded and beautiful SCR garden of all, that stood for almost five centuries in Corpus Christi College was destroyed for its new auditorium, an important detail that perhaps shouldn’t be forgotten. Meanwhile there are wholesale omissions that betray the editorial perspective – Lady Margaret Hall’s Pipe Partridge Building won awards for its neo-Classical purity. But that’s not heroic so it’s not here, although students love it.

What is here is such an array of original architecture, full stop, that it re-casts Oxford as the friend of high quality, enduring commissions that have been thoughtfully and creatively executed for the provision of future generations – miles away from typical London office blocks built with a view to being torn down again 25-years hence.

The only concluding comment is that so many wonderful buildings in Oxford are still being built, that this guide will merit a re-edition within the next five years. Somerville has a cross-laminated timber frame within its Catherine Hughes Project that will open 68 new student bedrooms for October 2019. Then there is Keble’s Woodstock Road Building, and behind it the HB Allen Centre with its new quadrangle. These are enormously significant, once-in-a-century developments, so it would be a shame to only see the ivy next time you visit.