THE RETURN OF GEORGE ORWELL 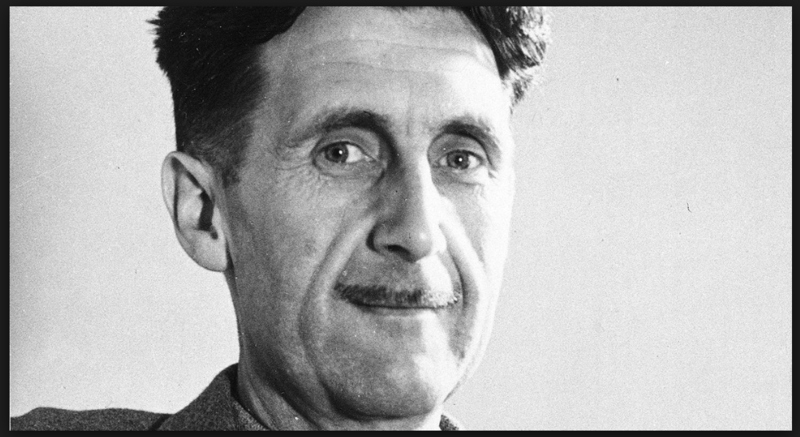 THE RETURN OF GEORGE ORWELL

Orwell, Dwan tells me, is going through something of a renaissance in the US, where Nineteen Eighty-Four is once again a best-seller and the young are excited by left-wing ideas, and equally anxious about new forms of tyranny.

As such, the timing of Liberty, Equality and Humbug: Orwell’s Political Ideals could hardly be any better – although Dwan scrutinises the sentiment behind the thought as soon as I utter it, in the same sense that his Introduction begins by pointing out that in Westminster it’s been 1984 for a very long time. ‘Everyone tends to invoke Orwell. "What would Orwell have said?" has become a ubiquitous question'.

We’re sitting in the Weston Library and later, over coffee, the English Faculty Associate Professor and fellow of Hertford College freely admits that the work on his new book began long before Trump was elected into power.

This is a strength of course. Dwan’s purpose is not to debate current affairs and neither, it turns out, to rehearse Orwell’s colourful and celebrated life, which spanned an education at Eton to celebrated attempts at rough living and ad hoc trips to the Spanish Civil War and the Isle of Jura. No, his purpose is to place Orwell in a broader intellectual context, essentially political and philosophical.

Having just attended a book reading on Oxford’s own Sir Isaiah Berlin, I want to suggest a dangerously journalistic but seductive parallel: both men wrote fantastically, had loads of rich ideas but left behind no school and no system but plenty of admirers.

The closest thing to a systematic position that Orwell approached, says Dwan, was his anti-systematism. Noting that Bertrand Russell was resolutely attacked by Orwell as the epitome of all that was wrong about philosophy, Dwan cites the great philosopher and contemporary of Orwell, who pointed out that ‘a scepticism about philosophy when pursued systematically enough begins to look a bit like a philosophy.’

But Orwell wasn’t systematic about anything, in the received, philosophical sense, and indeed he downright contradicts himself in all sorts of way. It’s these contradictions that Dwan is so good at isolating, and they define the book. Luckily, because Orwell was a colourful individual, there is humour along the way, some intended and some happenstance.

Noting the deep conflict between liberty and equality (as in: too much liberty might result in inequality, and presumably too much brotherhood might be less than freeing), Dwan writes, ‘The fraternity of porcupines seemed to suit Orwell best: distance between individuals was necessary, otherwise freedom would suffer…’ He played the maverick, laughed at pistachio-shirted socialists, but embraced the warmth of poor people, but from a patrician distance. It’s a mess.

His two mainstays were love of politics and moralism about everything, laced with bits of degraded pulpit.

‘Any intellectual,’ he argued, ‘can make you out a splendid ‘case’ for smashing the German Trade Unions and smashing the Jews.’ ‘But the common man simply knows that these practices are wrong.’ A daft comment except that Orwell was consistently anti-intellectual, in a way that reflects a deeply-held trait of British politics and public life.

The context for such comments is a less inconsistent political moralising, that was relentless. His friend Cyril Connolly noted in 1955 how Orwell ‘reduced everything to politics…he could not blow his nose without moralising on the conditions in the handkerchief industry.’ This delicious insight says a lot, but it also provides the context for Orwell’s conflicted relationship with socialism.

Orwell places a huge bounty on the moral strength of intuition while hating and denouncing the amoral instrumentalism of Trotsky and other revolutionaries of the left, who came to a ‘ends justifies means’ view of the revolution. For Orwell, ends do not justify means, and he frequently begins a sentence with a rhetorical but empty appeal, along the lines of, ‘anyone except a monster or an idiot knows that…dot dot dot.’

Yet for all this objection, and not discounting the worry that Orwell at base is a pile of platitudes, there remains his art, the fictional novels that so many people have read at school, at least if they’re English and of a certain generation.

Dwan astutely remarks that Orwell’s novels – not only Nineteen Eighty-Four and Animal Farm, but Keep the Aspidistra Flying and The Road to Wigan Pier, accommodated his confusion as a philosopher, being fictional reflections of human moral and political ambiguity. 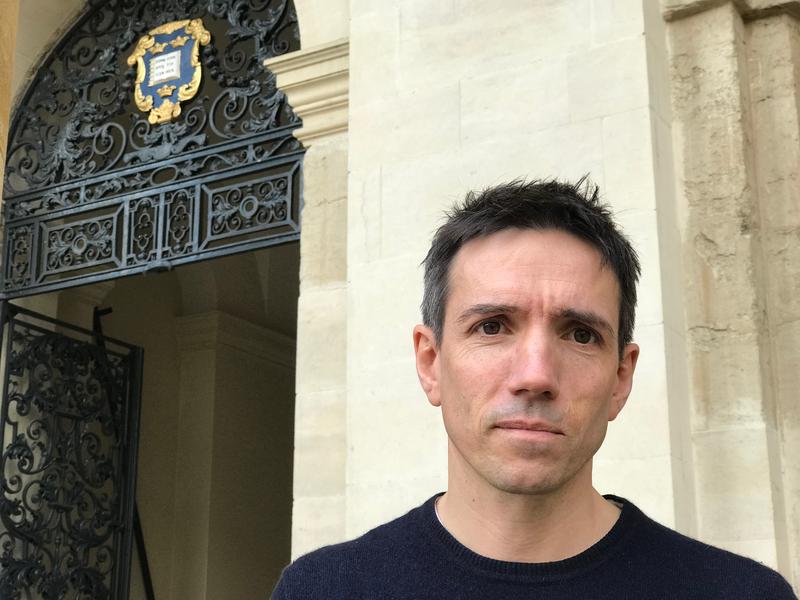 For many people, and not just because they may have read him at school, the novels are where Orwell hit his stride and also where he most clearly understood the era he lived in, an era of totalitarianism and world war.

Thus while in essence Dwan’s study points out how inconsistent Orwell is, the exercise allows Orwell to be re-accommodated but without hero-worship. Different readers will intercept different Orwells, while proper scrutiny of his work can also ‘acquaint us with the complexity of our own moral heritage.’

Dwan structures his book around five ideas in five chapters, all constitutive of justice: Liberty, Equality, Solidarity, Truth and Happiness. With copious notes and a 33-page introduction so beautifully wrought that it’s a fine stand-alone essay, he sets out to systematise Orwell in a way that he couldn’t himself.

Commenting on the exercise, Dwan says, ‘it makes us think hard about the merits of systematisation, or emphasises the limits of systematisation.  This certainly puts pressure on Orwell: if you abstract certain principles, you see that he’s a fairly inconsistent defender of them – liberty, equality, solidarity, truth, happiness; he has conflicted views on all of these things. But, the conflict, when you start unpacking it, when you bare the ethical or political grounds for these shifts and pivots of position, starts to put the pressure back on the principle of systematicity itself.  How much coherence can we legitimately expect in moral or political life?’

In this way, despite the heavily context-dependent form that much of Orwell’s writing took place in, it gradually becomes possible to say what the mainstays were of his position, such as it was.

What Dwan hates is the lazy invoking of Orwell that is the normal way in which he is brought up, whether over a pint or in Westminster. ‘I think the invocation of Orwell becomes an empty form of self-benediction.’

Coming back to the issue of whether Orwell left behind a school, Dwan identifies in him a certain republican cussedness: where truth is often rudely told to power and where people don’t mince their words in the face of authority – Christopher Hitchens, the British-American critic, is a good example of this position. Another example is the American neoconservative pundit Norman Podheretz, who has also liked to present himself as a second-wave Orwell.

‘In the Orwell-waving articles you get a certain tone, a mode of address that is sometimes quite aggressive. Again some of this might be related back to a republican tradition - stretching all the way back to Machiavelli – in which the price of freedom is eternal vigilance. Citizenship requires a virtuous paranoia, since power will always be abused.’

In the face of Trump what would Orwell say? 'Panicked about the decline of truth in his own day, it's hard to say that he would feel particularly upbeat about its further decline in ours.  Yet he was also an enthusiastic defender of freedom of speech. Winston in Nineteen Eighty Four defends the right to say two plus two is equal to four.'  It's not clear whether Winston is defending truth here or freedom of speech, but it's fairly obvious that these principles can easily diverge and it’s not entirely clear which of them Orwell would choose to prioritise in our day and age.

Freedom for Orwell certainly involved the freedom to say what others don't want to hear.  He seemed willing to accept that the price of this freedom was a certain incivility (evident in his own ridicule of fruit-juice drinkers, nudists, Quakers, and homosexuals). However, when incivility is raised to a certain pitch, it might jeopardise free speech. After all, a certain type of civility or decorum needs to be in place if rational argument is to possible. Orwell often seemed to go out of his way to defend this type of respect and tolerance, wishing to give ideological adversaries like P. G. Wodehouse or Kipling a fair hearing and advertising his own inability to hate even people like Hitler.

On Brexit, and it’s me that brings it up long after the coffee has been downed, Dwan has a clear sense of Orwell's ambiguities: On the one hand, it is tempting to think of him as a Lexiteer (a ‘left-wing Brexiteer’). ‘He prided himself on a certain honest-to-goodness Englishness, sceptical of continental abstractions and wedded to ancient traditions of native liberty.’  On the other hand, he was a huge critic of English isolationism in the 1930s, and would take a bullet in the neck fighting for republican Spain. In fact Orwell would go on to defend a United States of Europe in the late 1940s as the only bulwark to Soviet and American power. Unlike many people these days, Orwell felt you could be both - a good Englishman and a good European.

David Dwan is Associate Professor in English at Hertford College, Oxford. He writes on the relationship between literature and intellectual history, particularly moral and political philosophy, from the late eighteenth- to the early twentieth century.