A BRIEF HISTORY OF MOTION 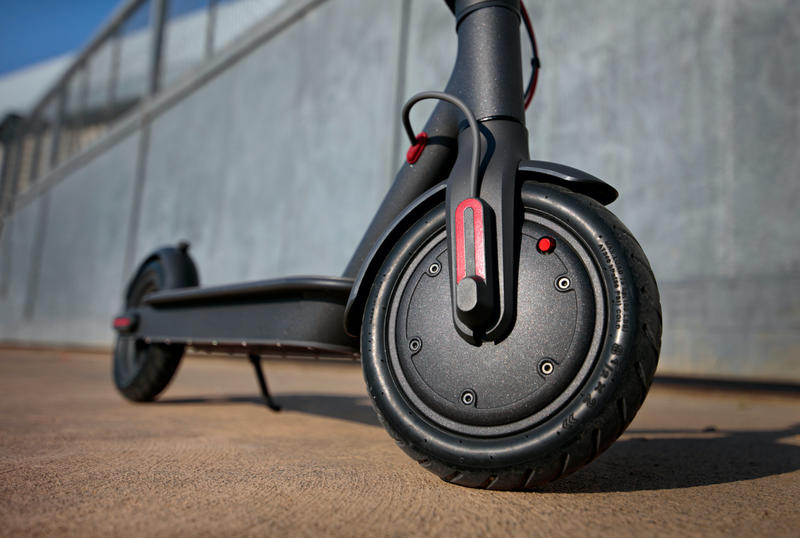 A BRIEF HISTORY OF MOTION

Just in time for World Car-Free Day, alumnus Tom Standage discusses his new book and what he thinks we’ll be driving (or is that riding?) soon… 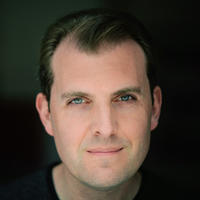 Tom Standage (Worcester, 1987 - pictured right) has published a series of highly entertaining and successful popular history books over two decades, this latest a quip on Stephen Hawking’s A Brief History of Time, except that this time it’s all about wheeled mobility.

The book is crammed with funny stories and snatches of history that will amuse pretty much anyone.

The thread running through the stories is inevitably the rise and rise of the automobile, and accordingly there’s an American inflection to some of the chapters, where we hear about the pre-Second World War origins of fast food or the launch of the Model T Ford in October, 1908.

But he starts with a properly eye-popping and nose-twitching account of horse dung and how by the late nineteenth century it was piling up so odiously on street corners that it was all but inevitable that technology would come to the rescue and put the horse out of business.

The oddity of that initial period of rapid innovation is that there was stiff competition from steam cars and, drum roll, electric cars. Hence there is a chapter titled ‘The Fall and Rise of the Electric Car.’

Many people do not realise that ‘In 1897 the bestselling car in the United States was an electric vehicle: the Pope Manufacturing Company’s Columbia.’

However, there is no grand counterfactual argument by Tom to the effect that noxious exhaust gases and the seismic strategic shock of Big Oil could been avoided at the get-go, had we behaved slightly differently.

The reality then, as until recently, is that batteries were heavy, took ages to charge and had limited range. That was why early electric cars were marketed to women, who were thought to lack the strength to turn a crank and should ideally stay within the confines of a town or city.

But the turning point for drivetrains had already been reached, arguably, in 1895 when 9 out of 21 entrants in the Paris-Bordeaux reliability trial crossed the finish line, eight of them petrol-powered and only the last vehicle steam-powered.

That was a true glimpse of the 20th Century, fully six years before Queen Victoria died.

A self-confessed car nerd, Tom says ‘I wrote the book to be totally even-handed. But we nearly called it ‘The Paradox of the Car’ because it is a highly paradoxical mobility device.

‘It's sold with the promise of granting us freedom, but in practice car-owners increasingly find themselves constrained by traffic, rules and running costs.’

Also, it’s typically been sold as making transport ‘safer’ yet as he notes, 700,000 Americans have been killed in road accidents merely since 2000, ‘more than the number of Americans killed in combat in the twentieth century (about 630,000).’

And despite all the safety aids, the death tolls are rising as smartphones have come to distract their owners at the wheel.

What are the crucial dates in the broad history of motion, according to Tom’s book?

What’s Number 7 going to be, I ask? ‘The smartphone’, he replies.

Tom is fascinated by the degree to which we now find ourselves at another turning point that turns on the smartphone as much as it does on rubber. 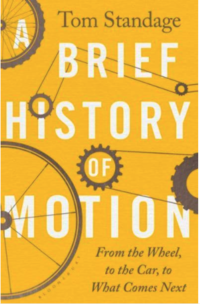 He jokes in the book that romantic dating went from the front porch (late 19th century families inviting a young suitor to talk decorously to their daughter) to the back seat (making out in a discretely parked car) to a dating app – Tinder etc.

‘We need to electrify as soon as possible,’ he argues convincingly (he recently acquired a plug-in hybrid), citing gigafactories about to come alive and cobalt-free lithium polymer batteries already in production.

‘But I also see this vast universe of intermediate vehicles and mobility options between being a pedestrian at one end of the spectrum and having to buy and own a car at the other. In virtually every case there is a smartphone at the centre of it.’

In other words there is a conceptual leap required to reconfigure aspects of our car infrastructure-determined existence, perhaps especially in cities.

I anticipate an exchange about the pros and cons of e-scooters, a media staple currently in the UK, but the (much) bigger example Tom turns to is DiDi Chuxing, the Chinese ride-hailing company that he reminds me is bigger in China than Uber is in the rest of the world put together.

While ride-hailing originated in the US, unlocking a dockless bicycle using a smartphone app is a business model that came out of China, and China dominates the manufacturing of most forms of electrified mobility from cars to scooters.

On the thorny topic of climate change, and the forthcoming COP26 climate summit in Glasgow in November, Tom notes that decarbonising the world in some respects now amounts to decarbonising China, because its carbon footprint surpasses all others.

This is also why China – irrespective of all the new strategic tensions with the West that have arisen in recent years –  is also a supremely important model for alternative forms of mobility, where the privately owned car is ‘deemphasised’ (Tom’s word) for more efficient alternatives like electrified cargo bikes and plain old bicycles and walking and public transport.

‘The direction of travel is that cars have become less convenient and more onerous, making a wide range of alternatives more attractive…but the book isn’t anti-car. You can’t say that cars are bad – but you can say that they have had lots of negative consequences.’

To the extent that private cars will endure though, and he readily concedes that they will, he comes at the issue as a technologist, citing the thousand-fold increase in car ownership in  America between 1900 and 1920, ‘just like Moore’s law for computing…’

What we need right now, he says, is no prevarication over electric cars but foots-to-the-floor acceleration to achieve Wright’s Law (Theodore Wright, 1936) which models cost declines as a function of cumulative production.

In other words, the quicker we can get on with the battery gigafactories, the quicker EVs will come down to the price of conventional fossil cars, perhaps even undercutting them.

That day can’t come soon enough, he argues, but an electrified bicycle is also a fine thing.

Tom Standage (Worcester, 1987) is Deputy Editor of The Economist and his degree at Oxford was in Engineering and Computing Science. His latest book is A Brief History of Motion: From the Wheel to the Car to What Comes Next (Bloomsbury Publishing, 2021).

Alumni can claim 15% discount on the book in any Blackwell's store with a My Oxford Card.

The UN Environment Programme’s World Car-Free Day is 22 September 2021, and encourages cities to go car-free for the day and sample the benefits ranging from peace and quiet to cleaner air. www.unep.org