ALUMNI STORIES: 'FROM FINDING IT HARD TO GET OUT OF BED...NOW I COMPLETE SEVERAL NOVELS A YEAR' 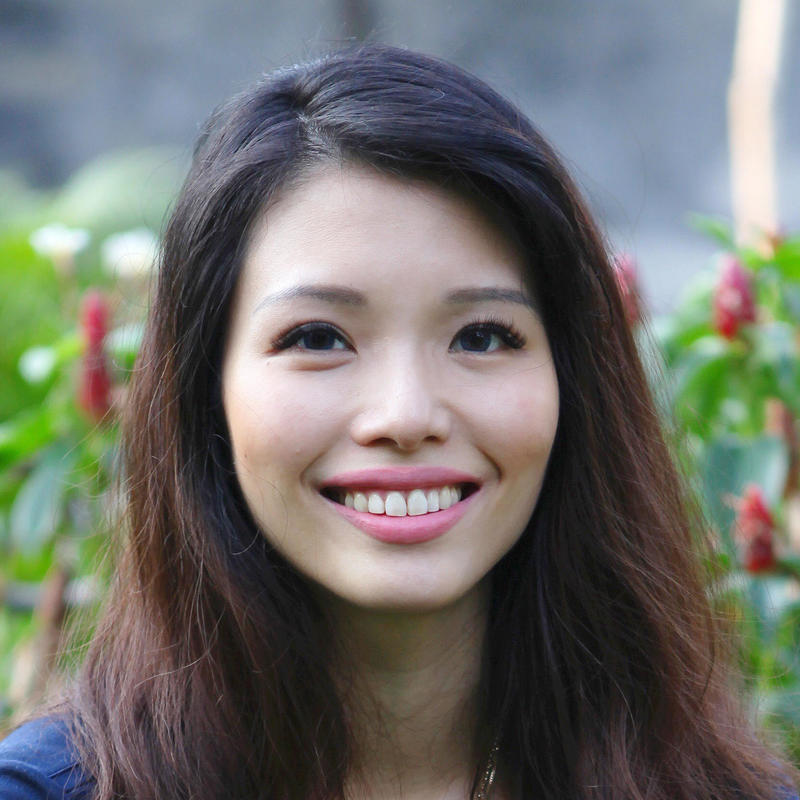 ALUMNI STORIES: 'FROM FINDING IT HARD TO GET OUT OF BED...NOW I COMPLETE SEVERAL NOVELS A YEAR'

Jesse Sutanto (Kellogg, 2007), winner of the 2021 Comedy Women in Print prize and author of Dial A for Aunties, shares memories of Oxford and reveals how she sources comedy in everyday life

My area of expertise is writing. My motivation came from many different sources. There's the passion for writing, and there's also a very real sense of: Well, I don't think I'm very good at anything else, so if I don't succeed in this I have no idea what else I can do. I think honestly that was maybe my main motivation; I went to one of the best universities in the world, and many of my classmates went on to do fantastic things, and there I was, feeling very mediocre! So I felt like giving up wasn't an option.

What drew you to study at Oxford?

I remember when I was applying to Masters in Creative Writing programs, I thought of Oxford as a ‘dream school’, as in I would only be able to attend in my dreams.

Its reputation was so intimidating that throughout my studies at Oxford, I kept waiting for the program director to tell me that they've made a terrible mistake and that I should leave the premises.

I'm afraid that my answer is going to be very generic: Oxford is known as one of the leading institutions in the world and I jumped at the chance to be a part of it.

What is your fondest memory of Oxford?

After classes, my classmates and I would walk down the damp cobblestone streets to Blackwell’s, which is surely one of the few remaining gateways to some sort of Fairyland, you cannot convince me otherwise.

I remember the sense of awe I had when I discovered the Blackwell’s basement. The store looks small and unassuming from the outside, but then inside it goes on and on and there is no way that anyone can step inside without their mind catching fire.

How has your time in Oxford inspired your writing?

Being in a place with so many other writers, most of whom were far more accomplished and mature than I was, was humbling and inspiring. Everyone had different interests and goals and it was eye-opening to learn all the different methods of writing. I think also being at a place like Oxford, which absolutely drips with such a rich and colourful history, was a magical experience.

You are the winner of the 2021 Comedy Women in Print prize. What do you love about writing comedy, and what is your inspiration?

I'm very fortunate in that I think I have a lot of comedic sources in my life, just because I don't live in the UK or US, so my daily life lends itself to a lot of 'lost in translation' moments. For example, a few months ago, I had really bad food poisoning and went to the hospital because it was so bad. While I was lying on the hospital bed, hooked up to an IV, a random woman popped her head through the dividers and said, 'I heard you got bad diarrhoea. Is that true?' I said, 'Um...yeah?' She said, 'Tsk, you need to be more careful with what you eat!'

I wouldn't dream of talking back to a Chinese auntie, so I said, 'Yes you're right.' When I told my friends in the US about it, they found it hilarious and bizarre. That's definitely going into my next book.

Any comedy moments in Oxford that stand out?

Hmm, I can't think of one. Honestly, my time at Oxford was full of wonder and amazement, of me drinking in the rich history of the place. I often left each term feeling like my mind was blazing and I remember wanting to hold on to that feeling for as long as I can. It's almost like a drug, in a way. I hope that I can one day revisit it!

We're thrilled to have you as a guest at Meeting Minds Global 22 with your session 'Staying motivated in the face of rejection: a writer's tale'. We have a busy programme of talks, so what would be your elevator pitch to convince people to come along to your talk?

I was pretty depressed and unmotivated in my twenties, and I really didn't think I would get anywhere, but here I am now with multiple big book deals and a Netflix show on the way.

I want to share how I went from finding it hard to even get out of bed in the morning to having a work ethic that allows me to complete several novels a year.

What are your top 3 tips for budding fiction and comedy writers?

What is the most important thing to remember when trying to get published?

Publishing is unfortunately very subjective and depends on a lot of factors outside of our control. It involves a lot of skill, yes, but it also involves quite a bit of luck and good timing.

What's next? Are there any other areas of fiction, or non-fiction, that you would like to write about?

So many! Currently, I have published, or am about to publish, adult crime comedy, adult dark suspense, YA suspense, YA contemporary rom-com, and MG fantasy. I have a dark adult fantasy brewing inside me, so we'll see where the next few years take me. I'm very grateful to have an agent who knows how to navigate the tricky waters of publishing to make sure that I'm able to write in anything I wish to dabble!

Book Meeting Minds Global now to catch Jesse Sutanto on Friday 8 April at 3pm for her talk 'Staying motivated in the face of rejection: a writer's tale'.

Jesse Q Sutanto is the author of Dial A for Aunties, The Obsession, and Theo Tan and the Fox Spirit. The film rights to her women’s fiction, Dial A for Aunties, was bought by Netflix in a competitive bidding war. Jesse lives in Indonesia with her husband, her two daughters, and her ridiculously large extended family.