ALUMNI STORIES: 'I CREATED A RESILIENCE TO BOUNCE BACK WHEN THINGS DIDN'T GO ACCORDING TO PLAN' 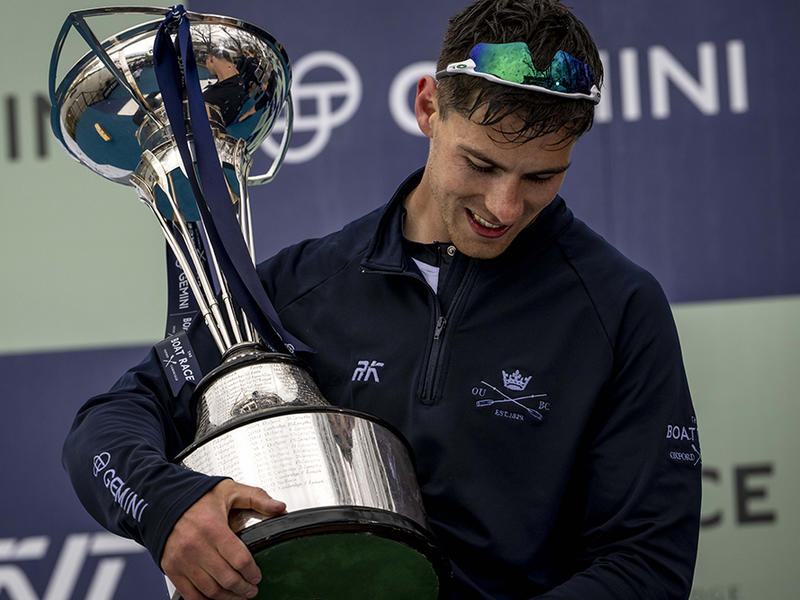 ALUMNI STORIES: 'I CREATED A RESILIENCE TO BOUNCE BACK WHEN THINGS DIDN'T GO ACCORDING TO PLAN'

You first attended Durham University, with some time at Bristol, and then went on to become a full-time rower, tell us a bit about that.

I started rowing as a junior at Walton RC and represented GB at a junior level during my final years of school. I was awarded a sports scholarship with my place at Durham University. At the time, Durham was a high performance rowing programme so I wanted to see how far I could take the sport alongside studying. I represented GB a further three times at U23 level whilst at Durham and I was finding that I was becoming competitive with the senior Olympic-squad guys at the GB trials.

I left Durham in 2013 and made the decision to train full time to try to fulfil my ultimate ambition of becoming an Olympian. I was successful in making the Men’s Quadruple sculls and I competed at Rio 2016 placing 5th. Post Rio, I decided to pick up studying again at the same time as training full time and I undertook an MSc in Stem Cells and Regeneration at Bristol University. This was a new challenge for me and gave me the passion and the motivation to pursue further studies by applying to Oxford.

Tell us a bit about your time as an Olympian and World Champion.

It was a privilege being able to commit all my time to becoming the best possible sportsman I could be - an opportunity that very few people get afforded. Training for the Olympics is incredibly tough, however I was incredibly lucky to travel the world to race and train, with training camps all over Europe and even South Africa and Namibia!

The GB Rowing Team operates with more people than there are spots to go to the Games, so I had to be able to perform all the time in order to earn my spot. I had to learn to look after myself and recover as well as possible- skills that I know will be valuable in later life.

After Rio 2016 I had this mix of feelings - I was proud that I had fulfilled this ambition of becoming an Olympian, however I also felt crushed that we hadn’t performed as well as we could. This created not only an unrelenting drive to perform at Tokyo 2020, but also a resilience to bounce back when things didn’t go according to plan.

When the COVID-19 pandemic hit I could draw on this resilience to find the motivation to keep training for an Olympics I wasn’t even sure would take place. Tokyo 2020 was an altogether different experience. I was once again selected in the men’s quad and we had a good preparation running up to the event. Before the final we were ranked 5th, but my experience from Rio had taught me that anything can happen in an Olympic final. We raced like we had nothing to lose, and we took the silver medal, leading for much of the race. Developing such a high level confidence and trust in the abilities of those around me as well as myself was such a special experience, and it has bonded us for life.

After the last Games you decided to retire from international rowing, what prompted that decision?

I feel like I have achieved all that I want out of international rowing. Going into the Tokyo Olympics, the best we thought we could realistically achieve was a Bronze medal. Winning the Silver medal feels like I won the whole thing, so I don’t feel the need to try and win the Gold medal in Paris. I also want to explore new things in life, first and foremost developing my new career as a scientist at Oxford. The opportunity to study at the best university in the world is one that I had to take and that I absolutely love.

During my master’s degree I did a couple of weeks working in labs around Oxford. I absolutely loved the environment, and it reaffirmed my decision to pursue a career as a scientist after rowing. The University’s reputation precedes itself and it was always an ambition to study at Oxford. This provided the motivation to do as well as possible in my master’s and I applied at the next available opportunity. The fact that I could take part in The Boat Race was an added bonus!

This is your first time as an Oxford Blue, how did you find the transition from sculls to eights?

I had done some rowing in eights before, mainly at Durham, so switching from two oars to one wasn’t too much of a shock. The last time I went in an eight was 2015 though. Luckily there were two other scullers (Barnabe Delarze and Roman Röösli) joining too so I wasn’t the only one making the transition.

The squad was so much fun this year and the coaching was exceptional, which made it easier. It was also a brand new challenge for me- it was very refreshing and I have found more and more enjoyment of the sport this year because of it.

How does it compare to training with the GB team?

In many ways I think that training with OUBC is much harder than in the GB team. At Oxford we do a lot of mileage and still train two times a day, compared to three training sessions per day in the GB team. My days at Oxford are also much busier with work between training sessions which makes it that much tougher. I was pretty much on the go from 5.30am-10.30pm, so being able to recover well was challenging. I think it is much more competitive - 24 athletes competing for 8 seats in the boat. It is also much more intense as our season only lasts 6-7 months compared to the year-long seasons in the GB team.

However, this season with OUBC has been one of my most enjoyable. I love that I am getting to race and train with people from all over the world, who have had totally different experiences of the sport to me. I am even rowing with some of the guys I used to race against internationally and it has been great to have them as team mates. The preparation and the race itself was an incredibly intense but enjoyable experience, and I know that I have made lifelong friends as a result. I feel incredibly lucky to have had that opportunity.

You’re currently studying for a DPhil in Medical Sciences, where is your research focusing?

My research focuses on a condition called clonal haematopoiesis. This is a common age-related condition that predisposes people to the development of a range of blood cancers, although we have a particular interest in how it develops to Acute Myeloid Leukaemia (AML).

Clonal haematopoiesis is defined by the acquisition of somatic genetic mutations which leads to the dominance of one group of blood stem and progenitor cells all of the same genotype (or clones of each other). I work as part of a team which looks at how these very first mutations leads to this dominance, and thus how it leads to the development of AML.

Aside from rowing, what are some of your standout Oxford memories so far?

I absolutely love working in the Vyas Lab at the Weatherall Institute of Molecular Medicine. They have been incredibly welcoming and understanding of my rowing. One of my favourite memories was when I was working on developing a new multiomics technique with other members of my lab. We managed to solve a problem with the technique that had been stumping us for about a month. The feeling of solving such a troublesome problem was incredibly invigorating, satisfying, and exciting. It reaffirmed the passion that I have found for science.