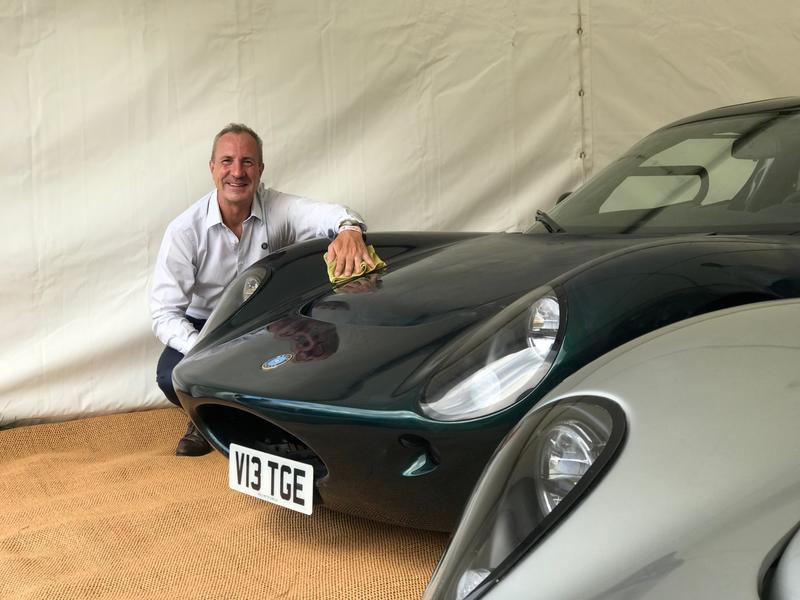 Robin Wells (St Cross, 1992) is a successful businessman who decided five years ago to build his dream car, starting with nothing more than a blank piece of paper.

This is a well-trodden and typically difficult path.

An entrepreneur pits himself (it is often a he) against the might of a vast global industry filled with ruthless incumbents. Next thing you know, the money runs dry before the poor thing even gets wheels.

Nine times out of ten the venture founders.

But don’t underestimate an Oxonian. The car in question, built in secret over five years and called the Vertige, is already done, the first orders from paying customers taken.

QUAD went off to Goodwood’s 2021 Festival of Speed on July 8, held annually in southern England, to meet the man and capture an improbable story.

He and business partner Robin Hall, the founder of a car design and engineering consultancy, stand beside a brace of gleaming cars cossetted inside an exhibitor tent.

One is silvery and one dark green, both low to the ground with exotic, dihedral doors that open upwards like wings, rather than outwards.

But the car is not huge like so many other sports cars of today, and that proves to be a clue.

‘It weighs just 850kg, with all fluids on board,’ says Wells, referring to the so-called kerb weight.

As a ready reckoner, this is very light in the world of cars in 2021.

The vast majority of small cars weigh more than one tonne while a growing number of electric vehicles weigh up to three times the weight of one Vertige.

Needless to say, the Vertige is not electric, but by any estimation it is efficient, short of comparing it to a bicycle.

‘I wanted a cross between a Ferrari Dino and a Mazda MX-5,’ he says, referring to the aesthetic and dynamic appeal of those two cars, the first legendarily pretty and the second a go-to reference for what makes a dynamic two-seater sports car.

‘We obeyed the Fibonacci golden ratio – I wanted the curves to be just right; they are all inspired by nature ultimately, that is why we love curves and aesthetics.’

The Vertige has a thousand different parts, counting the engine only as one, rather than its many sub-parts, explains Robin Hall, whose engineering consultancy will make the first seven cars before turning to the main launch edition in 2022.

Wells explains that he wants purity and driver involvement, as well as the relative efficiency achieved through reduced weight and aerodynamic shapes. He acquired several reference cars along the design road, as benchmarks, such as the Porsche Cayman.

The engine, mounted behind the driver and visible through a glass aperture, is a Ford unit with four cylinders, and mated to a bespoke exhaust ‘it sounds fruity like the original Lotus Elan…’

He’s aware of the impending ban on internal combustion engine cars by 2030 in the UK, but he’s also torn by the complexities presented by the overall proposition of this technology switch.

There is no ‘one size fits all’ solution to green mobility, with an increasing number of governments planning for a mixed tech future that will probably involve hydrogen fuel cells as well as batteries.

Some industry insiders see a role still for light, small conventional cars as well as battery EVs, none of which are light. We are in the middle of a huge upheaval, the exact outcome of which is not yet clear.

The Vertige takes you back to a previous era of British sports cars, the one most closely represented by Colin Chapman (1928-1982), founder of Lotus, whose engineering mantra was ‘simplify, then add lightness.’

The other, considered point about Robin’s venture is that it is designed to be profitable by being small.

If Elon Musk, the founder of electric car company Tesla, is a sort of David versus the Goliath of the other car corporations, think of Robin Wells’ company Wells Motor Cars Ltd as Lilliputian, after Jonathan Swift’s fictional island and its tiny inhabitants, one-twelfth the size of normal humans.

I ask whether economies of scale are needed to make a profit, but he explains that 3-D printing and computer aided design (CAD) has permitted a renaissance in small, not to say micro-scale manufacturing. 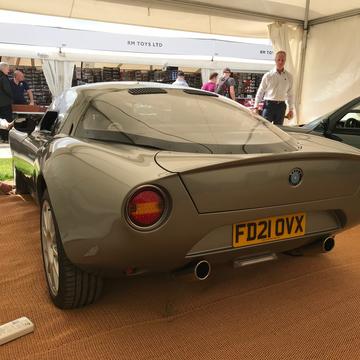 Wells also explains with some mirth that the wider industry is locked in a terrible, global semi-conductor supply crisis right now, a reminder that ‘economies of scale’ can backfire too.

‘This will not affect us – our car has barely any semi-conductors and a simplified, mostly UK supply chain.’

Reflecting on the beginning of the venture, he says that his ideal car didn’t exist so he decided to make his own. It sounds outlandish but for the fact that he has already succeeded in that immediate aim.

It was no cake walk, he says, rather a gruelling process of design and engineering, all conducted in secrecy to avoid leaking photos into the highly competitive car world, where nothing is new for long.

Usefully, the two Robins are based in neighbouring villages in Warwickshire, a few junctions up the M40 from Oxford. This is the centre of a high-tech supply base of the world-renowned British motorsport industry, closely linked to Formula One.

Robin explains the name Vertige, from the French word for vertigo: ‘I reckoned this car could make drivers dizzy with the excitement of driving it.’

Having attracted a great deal of positive attention at Goodwood, Robin’s next major goal is to fabricate a compact but new, carbon neutral manufacturing facility to take care of production from next year.

In an automotive world where the landscape is rapidly flattening around weighty batteries, one can’t help but admire the contrarian instinct to go light.

**Oxford University’s Robotics Institute (ORI), part of the Department of Engineering Science, had a prominent display at this years’ Goodwood Festival of Speed, held July 8-11.