CAN THE WEST SAVE ITSELF? 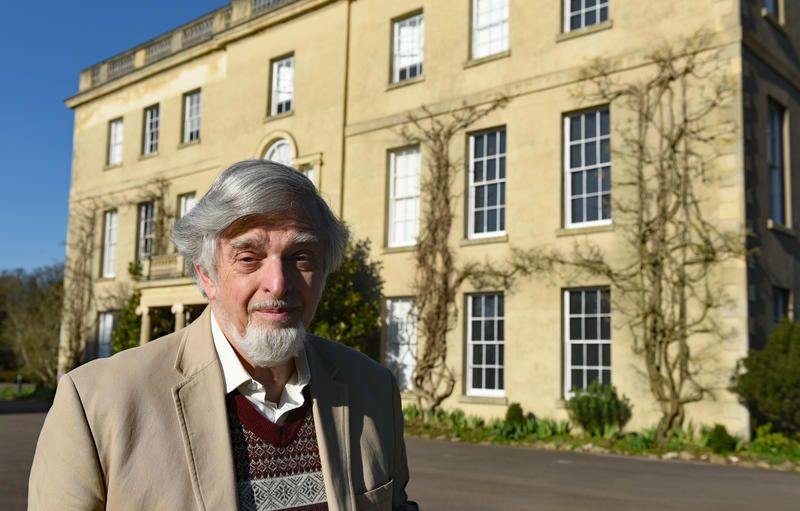 CAN THE WEST SAVE ITSELF?

If you leave Oxford on the A40, London-bound, a series of tempting signs point out nearby Waterperry Gardens.

It’s worth the visit. There’s a cracking garden centre and plants-for-sale operation alongside a teashop and rural museum, and all around a superb formal garden with a huge, 5-acre orchard, bordered by the River Thame.

There’s a spiritual angle to it all too, which is less well-known. 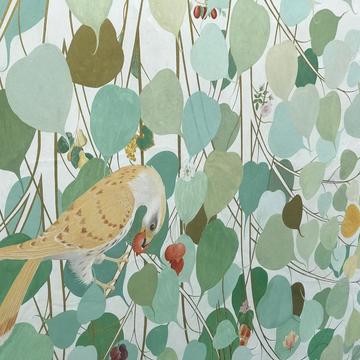 In the midst of the delightful plot sits the Saxon village church, and next to it a large pictureseque country house, once a horticultural training school for women but since the 1970s the home of a Hindu philosophy organisation originally founded in the UK in 1938 by Labour MP Andrew MacLaren and his son Leon, now the School of Philosophy and Economic Science (SPES).

SPES owns Waterperry Gardens Ltd (WGL) who maintain the Waterperry estate and run the gardening business. Paul Palmarozza (Mansfield, 1980) is a WGL Board Director and has just published a book three decades in the making, called Cultural Cycles and Climate Change. The subtitle gives away the self-help angle of the final three chapters: A nine-step action plan from MORE QUIET TIME to A GOOD LIFE.

Paul says, 'The [Advaita] teaching is combined with the guidance of other spiritual traditions and is applied in the study of Economics and of practical application in daily life.'

It would be an error to see the book as a self-help guide only. The broader narrative is generous, even-handed and preoccupied with establishing and then applying a cyclical conceptual framework for interpreting world history, as opposed to the more familiar penchant of westerners to plump for a linear idea premised on the ever-upward march of progress – an overhang from Victorian sensibilities and cultural optimism that persists in some spheres such as medical technology but seems to be collapsing if the measurement is environmental wellbeing or US hegemony, never mind the plague of COVID.

The early reaches of the book are not dissimilar to a historiography primer on cyclical theories, including that of T.E. Lawrence (he of Arabia) contemporary and colleague Sir John Glubb (1897-1986), who in The Fate of Empires narrated the rise and fall of 11 empires going back to 859BC. 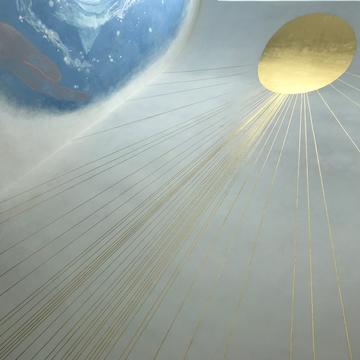 Glubb considered 250 years about the right timeframe for rise and fall, but Palmarozza is also interested in the stages:

Palmarozza does not adopt Glubb’s formula, preferring a less well known 854-year cycle drawn from Vedic astrology, but there are numerous parallels and it doesn’t really seem to matter: the West is now on the downslope, caught somewhere between intellectual denial of the truth of decline, material excess and actual decline.

On this basis we’re somewhere in the vicinity of the third century Roman Empire, says Palmarozza, which began its final slide into collapse.

Palmarozza wants clarity over the problems followed by meditation leading to renewed values and lives of service. That’s the self-help bit, and he capitalises on the current fad for mindfulness.

At a deeper level he reiterates a familiar critique that welcomes the secular Enlightenment for its triumphs but excoriates it for its ‘Left brain excesses’, where nature is reduced to materialism and the spirit replaced by reason.

Palmarozza’s analysis is anti-mechanistic. In the place of the machine is a warm and multi-cultural, cross-boundary higher being whose presence in individual lives could flower if allowed to – if we could take off our egotistical blindfolds.

For Islam read Sufis; for Judaism Kabbala; for Chinese culture Tao, and for the Indian tradition Avaita teaching. Under the header Christianity, he is a fan of ‘the Desert Fathers of the 2nd century, Meister Eckhart, Hildegard of Bingen and St Francis of Assisi.’ 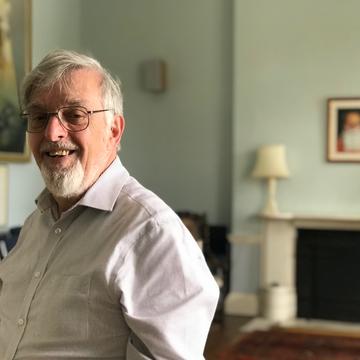 Palmarozza’s own story began in New Jersey where he was born in 1943, whence he eventually came to Brussels and then London and Oxford, as an early and successful senior manager in a computing business having trained as an engineer.

He turned his mid-career towards e-learning when it was a fresh area of interest, founding and then floating the company Intellexis, subsequently leaving in 2011.

He says that his one year Oxford Diploma in Education was a great help towards grasping what e-Learning might come to – what new technology was good at in education and distance learning, and what it was not good at.

Inside the great Waterperry house, which in its heyday under the tutelage of Beatrix Havergal (1901–1980) supplied strawberries to Buckingham Palace, there are now giant, painterly frescoes conveying a filtered reading of Adveita philosophy intermingled with the residue of earlier Christian art embodied by some beautiful stained glass windows.

Colourful scenes of animals and nature are suffused with radiant light and spiritual compassion in which cruelty is replaced by love and the lions and asses lie down meekly together.

If you were to summarise the overarching philosophy via other authors, the following names come to mind: the philosopher John Gray (Exeter, 1968) for his demolition of progress, and the American novelist Jonathan Franzen and his 2010 blockbuster Freedom, and its underlying consideration of decadence; and then perhaps the Yale professor Paul Kennedy whose 1987 work The Rise and Fall of the Great Powers called out the trajectory of decline.

Roman Emperor and stoic Marcus Aurelius, is cited by Palmarozza. Aurelius says not to waste time worrying about what you can’t control but maybe focus on what you can, great advice in the face of climate change.

On that final note, the ‘& Climate Change’ bit of the book hangs over it as climate seems to hang over just about everything these days, but Palmarozza insists he remains optimistic and that ‘the younger generation will rise to the challenge.’