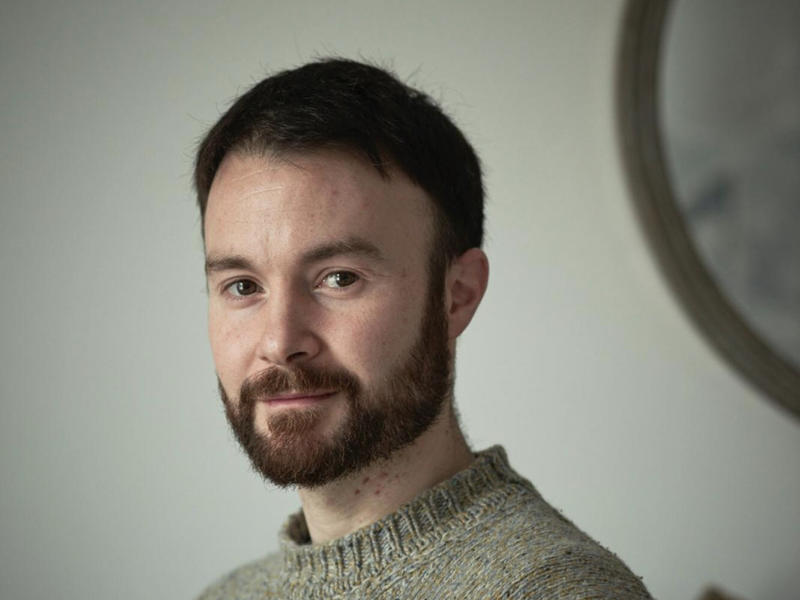 Everything’s to play for where the post-COVID world is concerned, says a leading author and philanthropy executive

The COVID crisis has had a vast and mostly negative real-world consequence for nations and individuals, but it may have lit a necessary fire of reform under the feet of organisations and governments who otherwise might have lain dormant on some of the great issues of our time, says Hassan Damluji (Corpus Christi, 2001).

Hassan will talk about the potential for reforming globalisation at the forthcoming Meeting Minds alumni event that is being held remotely this year from September 7-12 (register here for the event). In his day job, Hassan is Deputy Director of the Bill & Melinda Gates Foundation, the world’s largest philanthropy. However, he spoke to me in a personal capacity about his forthcoming lecture, which builds on his independent writing career.

Chasing Goldilocks: The Path to a More United World will draw on this range of experiences to discuss how we might emerge better from the pandemic.

In particular the word ‘goldilocks’ draws on political analyst Ian Bremmer, who suggested that the pandemic might be a ‘goldilocks crisis.’ He meant that it might  not be so destructive that it prevents rebuilding, but also not so minor that changes can be avoided.

Born to an Iraqi father and Irish mother, and currently London-based (and a Londoner), Hassan, who at Oxford read Classics and Arabic, is no stranger to globalisation but has also seen it come off the rails in recent years as poisonous nationalism has reasserted itself.

His starting point for defusing this bad turn of events is to ask what values we should hold as individuals.

He starts by telling me how inspired he was by  the abiding value of the Bill & Melinda  Gates Foundation, that ‘all lives have equal value.’

He then mentions tax justice, noting that compared to international politics it’s a relatively straightforward fix, because it’s an area where globalists and nationalists should be aligned. ‘If you are a nationalist you are opposed to the idea that globalisation as a bunch of freebooting billionaires who pay little or no tax.’ Equally, he says that if you are a globalist you support tax reform too because only if taxation is achieved country by country, equitably, can international organisations like the United Nations be funded.

Damluji is an advocate of a wealth tax on millionaires that would be put towards aid and other development goals, and decries the tired notion of ‘the West’ as wealthy and elsewhere as ‘poor.’ Rather, there are poor and wealthy in all states, albeit to different degrees, and Nigerian millionaires should pay their share too, he says.

This comment sheds light on a broader position of Hassan’s, that protecting nations and the democracy that sustain them is the necessary prerequisite for a successful international, globalist position. One feeds off the other, he contends, and they are not opposites as so many have argued.

‘I found that deeply offensive, but an Iraqi friend reminded me that only as a national citizen are you conferred rights, and a passport. It led me to muse on what ‘rights’ we would aspire to as global citizens and the result is a different way of thinking and talking about ourselves, and ultimately our values.’

If the UN Sustainable Development Goals are one pillar of this, protecting democracy and local identity is another, and international tax justice is another.

If globalisation once meant open borders, Hassan is realistic now about the fact that this is no longer feasible in the short term. It’s too threatening to local populations. Yet if the international, multilateral organisations can be bolstered, then it becomes much easier at a local level to appreciate and accept the enormous contribution of immigrants to any society, partly through diversity and partly through skills and other forms of contribution.

If there is a silver lining of COVID it has been to dramatically underscore the importance of international action where there is an international crisis. Consider the vaccines being developed. Not one is the narrow development of one country so much as the fruit of global research over decades, culminating in different expressions of scientific thinking towards a solution that will be dished out to at least 30-60% of the world’s population to stop the exponential spread of the virus.

Similar attitudes of cooperation inform any meaningful action on climate change, while their reversal would represent a disaster.

Hassan will expound on these ideas in his talk at Meeting Minds, to which all alumni are invited (view the recording on My Oxford +).

Hassan Damluji read Classics and Arabic at Corpus Christi College. He worked as an educational specialist at global consultant McKinsey, living in several Gulf countries, Yemen and Pakistan before returning to the UK in 2013 to establish the Middle East team of the Bill & Melinda Gates Foundation, subsequently becoming its Deputy Director. In 2019 he published The Responsible Globalist: What Citizens of the World can learn from Nationalism (Allen Lane, 2019).

Meeting Minds Global 2020 is our week long online virtual event between 7-12 SEPTEMBER 2020. It's your opportunity to hear exclusive academic insights into the latest research across a wide range of disciplines, from science and technology, the medical sciences, humanities, and the social sciences. With Zoom sessions taking place everyday, their start times have been specially chosen to allow alumni and their guests to join us wherever you are in the world. The event is completely FREE of charge, all you need to do is register HERE.