GUIDE TO A TURBULENT WORLD 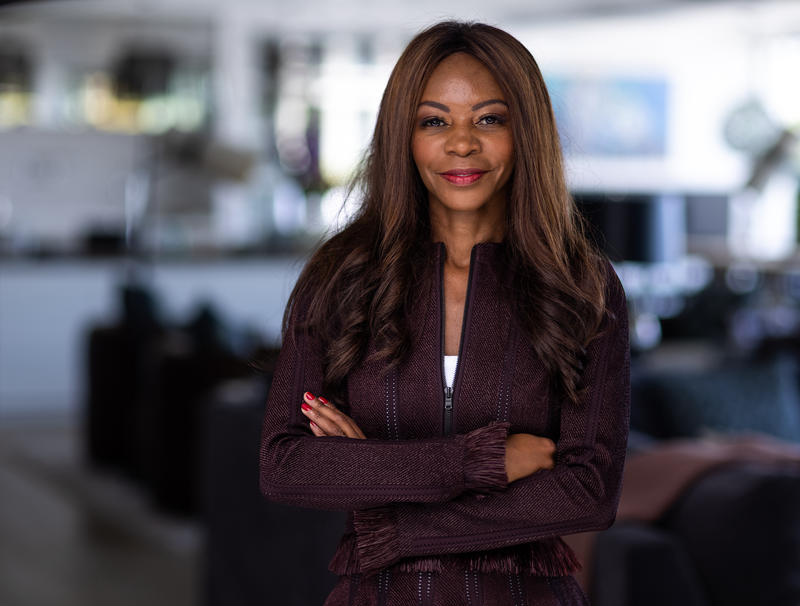 GUIDE TO A TURBULENT WORLD

Economist and best-selling author Dr Dambisa Moyo (St Antony’s, 1997) discusses the world we’re in and how to negotiate it

Economist Dr Moyo (St Antony’s, 1997) was drawn to St Antony’s for its international, graduate student body and expertise in ‘macroeconomics and geo-politics’ as she puts it. She completed a DPhil there considering the savings behaviour of citizens in developing countries, before joining the investment bank Goldman Sachs in 2001 in capital markets.

Born in Lusaka, Zambia, and with a remarkable CV including multiple degrees earned in the US (they span chemistry, business and public administration).

Her expertise and growing experience set her up to become an observer on the thorny issue of foreign aid, and informed her first book Dead Aid: Why Aid Is Not Working and How There is Another Way for Africa (2009).

The book attracted a large readership and lively debate concerning the actual function of aid. While she did not oppose humanitarian aid, structural government to government aid was criticised for perpetuating low economic growth and facilitating corruption.

The book became a best-seller and launched her on a new path as author and commentator, with subsequent best-sellers including How the West Was Lost: Fifty Years of Economic Folly – And the Stark Choices that Lie Ahead (2011),  Winner Take All: China's Race for Resources and What It Means for the World (2012), Edge of Chaos: Why Democracy is Failing to Deliver Economic Growth – And How to Fix It (2018) and most recently How Boards Work: And How They Can Work Better in a Chaotic World (2021).

Dr Moyo currently has an advisory role towards Oxford’s endowment, sitting on its investment committee, and has debated at the Union and spoken at Rhodes House. She jokes that Oxford is like the Hotel California in the famous song by The Eagles, ‘you can check out any time you like but you can never leave’ she says.

Looking back at her time in Oxford she says she is very grateful to the University, and also has a rich batch of memories ranging from spending time with other students at The Eagle and Child pub, and The Standard restaurant in Jericho, where her usual order was ‘basmati rice, okra, plain naan and chicken curry.’

Turning to current world politics, she ventures that the West’s penchant recently for ‘China-bashing’ is problematic. ‘It ignores the fact that many of the West’s problems are self-made,’ with, she says, ‘long under investment in infrastructure, AI and facial recognition technologies.’

She goes further, noting that by 1820 China was the world’s largest economy, a position it is now exceedingly determined to reattain  with momentous implications for the rest of the world.

She notes how from Beijing’s perspective, and not forgetting that China is the USA’s largest foreign lender, the 2008-9 Great Financial Crash came from the West, along with populism in its wake.

In Winner Takes All, she argued that China had perceptively understood the need for a very long-term and strategic pursuit of resources, ranging from oil and minerals to food and timber, leaving the West vulnerable to supply shocks.

She observes that for every outrage expressed against China, the West it finds itself in disarray too; whether on human rights (Hong Kong vs. Black Lives Matter) or vaccine strategy regarding COVID.

Contrary to what it says about itself, the West, she says, ‘is not so much these days this paradigm of goodness –.’ Outside the West, looking in, there is an air of cynicism.

On the matter of sovereign debt, she remains very concerned about the US and Europe coming out of COVID, owing to the ballooning debt they have run up. She says, ‘60% debt-to-GDP has a slowing effect on economic growth, but the 100% that we are faced with now has real material consequences – paltry real growth rates, risk of inflation, multiple infrastructure problems and further growth in inequality.

Referring to the US, she notes that 14% of companies are considered to be ‘zombies’, where they cannot generate enough cash flow to pay back even the interest on the debt they owe. While automobile and student loans each exceed $1 trillion -  enormous debt that has no easy end in sight.

More broadly, she notes that 1.5 billion people in the world have no access to energy while climate change remains ‘enormous and urgent.’

‘We need more genuine innovation and less haste, with policy, technology and recognition of customer preferences to combine.’

Africa contains 20% of the world’s population but has so far had access to less than 1% of the world’s vaccines for COVID, potentially another opportunity for China to effectively spread its influence.

Looking ahead, Dr Moyo is helping to organise a one-day Global Investment Summit, with UK-government backing scheduled for October. The idea is to secure foreign investment in UK green industries of the future, and no doubt to regain international momentum following the perceived, rolling saga of BREXIT.

‘The world has to a remarkable degree de-globalised, with a 40% fall in international investment in recent years,’ she says. The idea of the Summit is to try and address that decline and reverse it.

To would-be investors she highlights that the areas of interest to her remain China, technology, life sciences, education and energy transition.

Perhaps as at any other time in the global past, the headlines concern turbulence and risk, but behind them are opportunities and hope too. Dr Moyo has positioned herself as a broker intermediary for ideas and economic insight.

At the end of our call she confirms that The Standard, her favourite restaurant in Oxford, is now at 117 Walton Street having previously been at another address… ‘It’s a classic Indian restaurant,’ she says, ‘and I recommend it to anyone!’

Dr Dambisa Moyo sits on several boards of large global complex organisations and is an acknowledged thought leader with a large media profile, both as a speaker and writer. She currently sits on the Investment Committee of the University of Oxford Endowment and has published five books, the latest How Boards Work: And How They Can Work Better in a Chaotic World (2021).

Dr Moyo discussed 'The five trends that will define the post-pandemic world' at our event held on Wednesday 20 October 2021. Log in to catch up with the recording of this event on My Oxford +