Jacari is an award-winning charity providing free one-to-one tuition to refugee, asylum-seeking and migrant children in Oxford. Founded in 1956 and still going strong today, thousands of Oxford students have been actively involved with Jacari, campaigning for equal opportunities and empowering children to speak English with confidence.

Jacari are now looking to reconnect with their former members and volunteers from across the last 65 years.

QUAD spoke to current and former leaders to gain a sense of what has changed over 65 years: 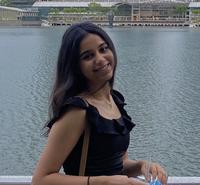 Speaking in January on a Whatsapp call from Singapore, where she continues remote study for her degree in History and Politics pending a return to Oxford, Nailah says that her first contact with Jacari was via a Facebook post in her first term.

‘Someone in our JCR appealed for volunteers, and I was very keen because I was already doing paid English tutoring in Singapore before I came to Oxford, but wanted to do it as a volunteer. One reason was to get outside the University bubble and engage with the community beyond.’

‘I was also attracted by the core value of Jacari – fundamental intolerance of racism.’

Raised speaking English but with the keen eye and empathy of an outsider, Nailah ticks all the boxes. She knew she could really help recent immigrants in need, and her first assignment was two sisters age 11 and 13, from Timor-Leste, the former Indonesia province of East Timor.

‘They had only been in the UK for a matter of weeks, and in Oxford. What an enormous cultural adjustment for them! One of the benefits of Jacari is that you are there in person; we don’t go into their business or start asking questions, but we are there as a supporting presence.’

Nailah says that in normal times, post-pandemic, Jacari will again put on a series of ‘Kids’ Events’ such as a carnival with a cluster of activities such as face painting, ice skating trips and arts and crafts.

‘For the time being we have had to put a lot of resource into taking the teaching online. We have started using apps such as Bramble, which allows you to write on the screen and permits tuition even when there is only a phone and no laptop.'

‘Another area where we have had to increase our efforts is fundraising and volunteer retention – with COVID-19, there has been so much disruption and discontinuity.’

Normally, Jacari sell off charity tickets to Spring balls in Oxford, but have instead moved to online raffles supported by local pizza outlets including the popular independent pub and pizzeria The White Rabbit, and others such as Franco Manca.

Nailah says that Jacari currently has about 60 core volunteers and the central effort recently has been to get them tutoring online, with a high quality offering even if it’s not as good as being face to face.

‘Online teacher training is where it’s at right now, using Zoom!’ It sounds familiar to lockdown exiles everywhere, and whatever the disadvantages it remains a lifeline for the end recipients faced with so much other upheaval in their lives.

One of the first movers back in 1956 was Tony Smith, (Brasenose, 1956) then an undergraduate at Brasenose College, who went on to have a stellar academic career and became the President of Magdalen College between 1988 and 2005.

Speaking from home by phone, Tony said that he was raised in a staunchly anti-racist household at a time when racism was everywhere.

‘Society was still pretty racist then – people were not embarrassed about expressing it.’

‘I wasn’t the founder for Jacari, that was Bill Blogden – who died quite young. He was a scholar with links to South Africa. I remember the time, there was a lot of very good energy; it was a very creative decade, with the war behind us and a new world opening up.’

‘Racism was rife, however, right here in Oxford. There was an army of landladies who thought nothing of sticking notices in the front window that read, ‘No Irish, no blacks.’

Remembering that this was all linked to the political left and the student Labour Club, Smith remembers that the values stood above politics and they tried to uphold them accordingly.

‘We led a campaign to try and change the racism. It was difficult, but we were motivated by the ideas and tried to keep it above politics’.

Speaking of Jacari now and the society it inhabits, he says that he is absolutely ‘delighted and astonished that it has continued and flourished’, as well as taking on a second centre in Bristol.

Society around it has ‘changed quite a lot for the better, but then it had a lot of changing to do.’

‘When I was an undergraduate it was very white and male – the University I mean. Diversity meant anything that wasn’t. Now we’re looking at multi-dimensional inequality that includes some white groups. The subject has become much more complex but racism lurks beneath the surface still, so the core mission remains.’

If you were involved with Jacari please get in touch with their Alumni Engagement Officer, Natasha Wooldridge: alumni@jacari.org.