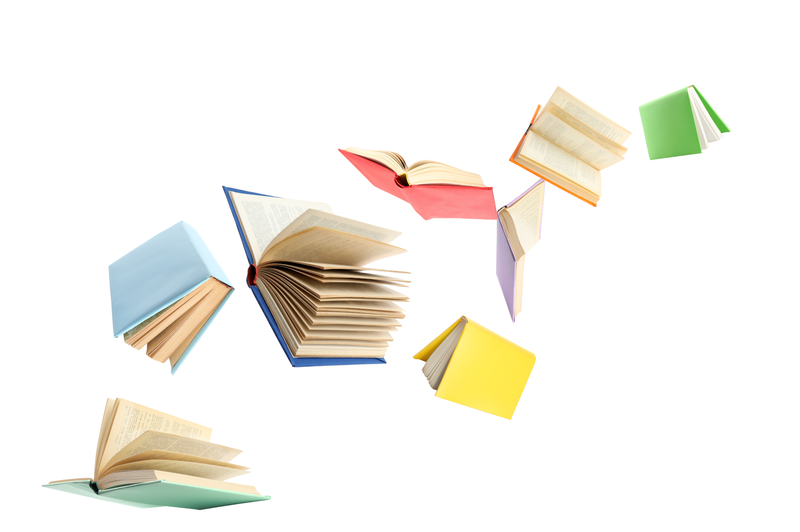 The COVID-19 pandemic is filtering through to the hardest of hardcore books, even if all the research and most of the material predates the crisis. That’s one theme of the June ‘Off the Shelf,’ and it will presumably become stronger over time as the pandemic becomes the subject. For now, books most strongly affected by COVID are the ones dealing with globalisation and national borders, where the paradox of COVID has meant closed borders yet ultra-globalisation as regards vaccination, along the lines of ‘no one’s safe until everyone’s safe.’ 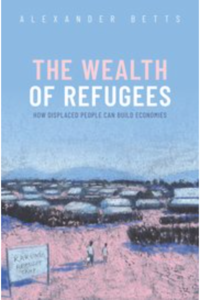 As such, we start with The Wealth of Refugees by Alexander Betts (Oxford University Press, 2021). Oxford’s Professor of Forced Migration and International Affairs, has published a landmark book that attempts to defuse the great 21st century problem that won’t go away – migration – by zooming in the economic dimension. Refugees are normally viewed as passive victims of a sudden crisis in need of ‘aid’, or a ‘threat to security’. But wherever they go they spend money to survive, and if their migration endures they start to earn it too. This ‘banal’ fact, as Betts characterises it, is the only realistic vector for policy solutions that will be needed more and more as global populations rise alongside climate precarity. The title, by the way, is a striking play on Adam Smith’s Wealth of Nations. The great Scot argued that ‘allowing people the autonomy to make their own choices and pursue their own interests leads to the best collective outcomes.’ Turn to refugee governance however, and the argument is completely lost in tense bickering and populist politics. The lovely thing about this important book is that it offers lots of first-hand fieldwork from Ethiopia, Kenya and Uganda, the principal focus of the book. Between these three states, as the author points out very early on, there are more refugees than in the whole of Europe. The oldest African settlement is Nakivale in Uganda, and it allows refugees to work. It’s this ‘getting on with it’ rather than trying to maintain and enshrine borders, that defines what works and what’s ethically right, notwithstanding the burden of COVID. 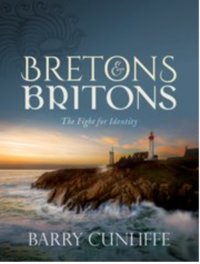 Next we have Bretons and Britons by Barry Cunliffe (Oxford University Press, 2021). Formerly Oxford’s Professor of European Archaeology, the author, now Emeritus, has delivered an extraordinary range of research publications accessible to a wider public, Bretons merely the latest of several terrific volumes. What is it about Brittany that makes it such a favourite destination for the British? To answer this question, Bretons and Britons explores the long history of the Bretons, from the time of the first farmers around 5400 BC to the present, and the very close relationship they have had with their British neighbours throughout this time. More than simply a history of a people, Bretons and Britons is also the author’s homage to a country and a people he has come to admire over decades of engagement, but it also focuses on the power of the Atlantic Ocean as a magnet for culture and economies. Simply put, by sticking out on a peninsula surrounded on three sides by sea, the Bretons were drawn away from the politics and identities of the mainland. 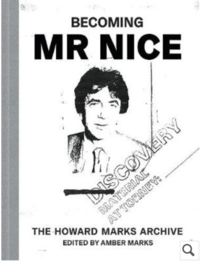 Now for something completely different, the story of Oxford alumnus Howard Marks (Balliol, 1964) told by his daughter Amber Marks with a vivid, scrapbook style that reproduces a feast of primary documents, in Becoming Mr Nice (No Exit Press, forthcoming August 2021). Marks (1945-2016) was well known during his life and it could be said that his notoriety as a drug baron has been neutralised by changing societal attitudes to cannabis. But what a character and what an interesting insight into the Oxford of the mid-1960s, so utterly different from today and yet, perhaps, not so much. Cannabis evidently allowed Marks to throw off inhibitions compounded by a thick Welsh lilt, opening up a world that stopped short of hard drugs. Huge money followed from international drug smuggling but such was the density of his networks that Marks became one of those colourful insider/outside figures, tracked down by the secret state but later thrown to the wolves, serving seven years in a US high security jail. Consider this sentence from his Wiki entry: ‘By 1972, he was making £50,000 with each shipment. By the end of the year he was approached by Hamilton McMillan of the Secret Intelligence Service (MI6), a friend from Oxford University, who recruited Marks to work for MI6 because of his connections in the hashish-producing countries of Lebanon, Pakistan and Afghanistan, for his ability to seduce women, and for his contacts with the IRA…’ Hard to resist even as it seems preposterous in the hard light of day. 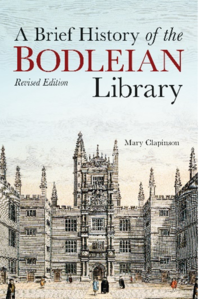 Back to base, former Keeper of Western Manuscripts at the Bodleian Library Mary Clapinson has written a revised edition of A Brief History of the Bodleian Library, (Bodleian Library Publishing) and what a simply wonderful book it is, fully illustrated and constantly engaging. Her higher purpose is to explain how from its founding in 1602 to the opening of the Weston Library in 2015, the Bodleian Library came to be one of the great research libraries in the world. The Public Library at Oxon, as it was first known, is a story of private benefaction, legal deposit and deliberate purchasing. What’s particularly lovely here is the author’s regard for the bookish passions and eccentricities of the many librarians and bibliophiles who over the centuries shaped the institution which now houses so many extraordinary treasures. 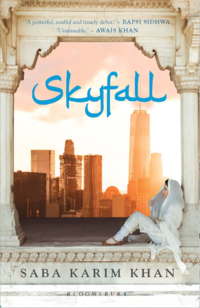 Now away from base again, we’ll finish this month with novel debut Skyfall by Saba Karim Khan (Bloomsbury, 2021). Saba contacted us previously about the award-winning film she directed in 2020 concerning Pakistani street children, Concrete Dreams. Now, she has followed it with an acclaimed novel that refocuses a narrative of overcoming away from street children and onto Rania, a young woman born in the infamous red-light district of Lahore, Heera Mandi. By day a tour guide and by night a classical singer, her own family is a crooked mess but she pursues her dream of escape by entering a singing competition that leads to New York. A dark family secret threatens to undo it all but to divulge any more would be a plot spoiler…