Books across our desk this month

The genre of the business book is so stuffed with flimsy titles and get rich sales pitches that it becomes all too easy to miss the gems. Prosperity by Colin Mayer is a major book that belies both its generic title and its sub-title (‘better business makes the greater good’). The book is both a gem and a heavy piece of granite. 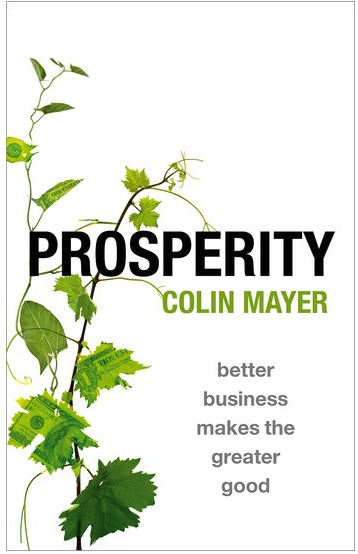 The author, CBE FBA, is Peter Moores Professor of Management Studies at Oxford’s Saïd Business School. He notes that business has become the object of widespread hatred and public mistrust, far beyond the bankers of 2008.

Some companies are bigger than some nation states. Top executives pay themselves more than ever expressed as a ratio of top-to-bottom earnings. All sectors have disgraced themselves, whether we mean pharmaceuticals pressuring doctors into prescribing opioids, or car companies cheating on emissions, or big oil denying climate change, or miners trampling on human rights.

Mayer’s diagnosis of the problem is that for forty years now we’ve been in thrall, in the West, to Chicago School ‘maximise shareholder value’ thinking, centred on Milton Friedman, whose argument (in his 1962 Capitalism and Freedom, University of Chicago Press) was that business knew no duty beyond maximising profits. In utilitarian terms alone this may have been efficient, but at what long term cost to values, society and the environment?

In dethroning Friedman, Mayer argues that he achieved clarity at the expense of reality. Neither humans nor corporations actually behave as the model dictates. He demands a legal requirement that corporations define their purpose separately from profit maximisation. What are companies here to actually do?

He says, ‘A successful company is one that delivers on its purpose and in the process may or may not make much money and therefore may be more or less profitable than others.’ Put more strongly elsewhere, he argues, ‘profit maximisation is as unlikely to create wealth as hedonism is to achieve happiness.

Part of the problem is that the underlying value system of civil society that nominally underpinned company behaviour in 1962 has been eroded. Worse, regulations are routinely elided or subverted, easier than ever amid rapidly changing technologies and specialized knowledge. The state has receded just as Friedman hoped, but instead of achieving nirvana we have the opposite, Mayer says.

No room to go further here but the author has led a British Academy Future of the Corporation research programme, so the views expressed in the book, very carefully adumbrated and copiously acknowledged, are the views of many amounting to a sea change. The question is whether this volume is destined to become a multi-published classic like Capitalism and Freedom, which has sold well over half a million copies since publication. 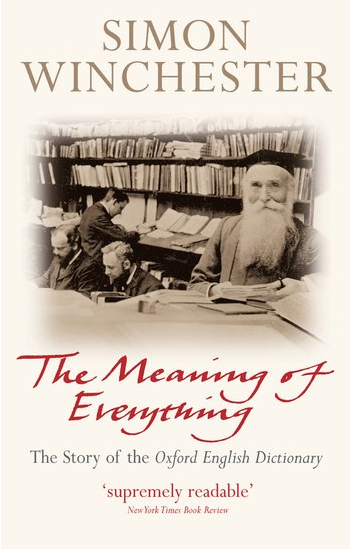 A special 90th Anniversary edition of Simon Winchester’s fabulous story of the Oxford English Dictionary, The Meaning of Everything (OUP, 2018, £10), with a new Foreword and facsimile of the original brochure used to market the dictionary. 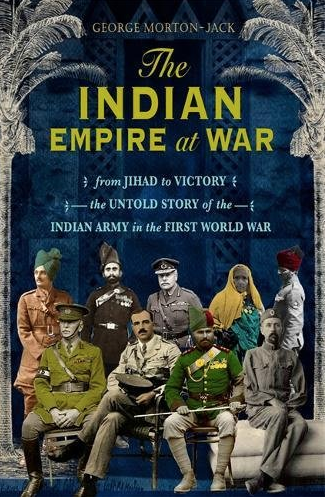 Turning to the centenary of the Armistice of World War One, a book with a difference, George Moreton-Jack’s The Indian Empire at War, from Jihad to Victory, the untold story of the Indian Army in the First World War (Little, Brown, 2018, £25). A former Oxford history student, George says:

The book is important as an overdue history as the Armistice centenary approaches - it tells for the first time the story of the neglected 1.5m Muslims, Sikhs and Hindus who fought with the British from 1914 and were vital to victory in 1918. It's the first narrative history of their forgotten global role with the British troops, and is very relevant today as inclusive history, showing how Muslims, Sikhs and Hindus were crucial in the First World War, and how their sacrifices should be remembered just as much as anyone else's for the Armistice centenary.

Mertonian Classicist and serving government Minister since last June, as Parliamentary Under Secretary of State for Roads, Local Transport and Devolution, the Right Honourable Jesse Norman, has had the delicious experience of being a top man-of-the-world while seeing a work of deep reflection published simultaneously, the work having been done largely at All Souls on a visiting fellowship. 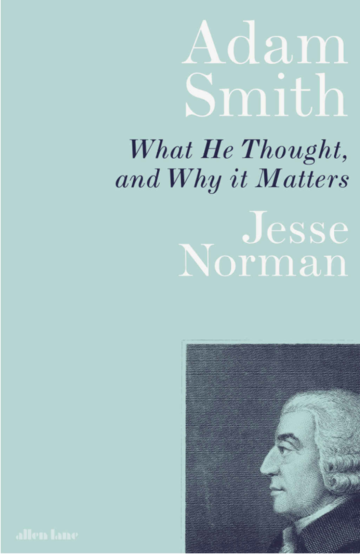 It’s called Adam Smith, What he thought, and why it matters (Allen Lane, 2018, £25.00). It’s not dry and has distinct, unplanned overtures concerning Brexit – such as the fact that it took decades for Scotland to see (let alone acknowledge) the economic fruits of union with England, and just as long for the Jacobite rebellion to simmer and erupt and simmer again, only going away very slowly.

At the centre is a never-dry attempt by Norman to extricate Smith from too many venerators and haters, while still turning up to 11 the praise for fully elucidating for the first time the division of labour, which Norman says is ‘one of the most extraordinary and important phenomena in all of human existence.’

An intriguing prospect would be this idea of the division of labour isolated in light of Colin Mayer’s Prosperity and re-discussed between the two authors in light of newer principles such as natural capital and corporate purpose.