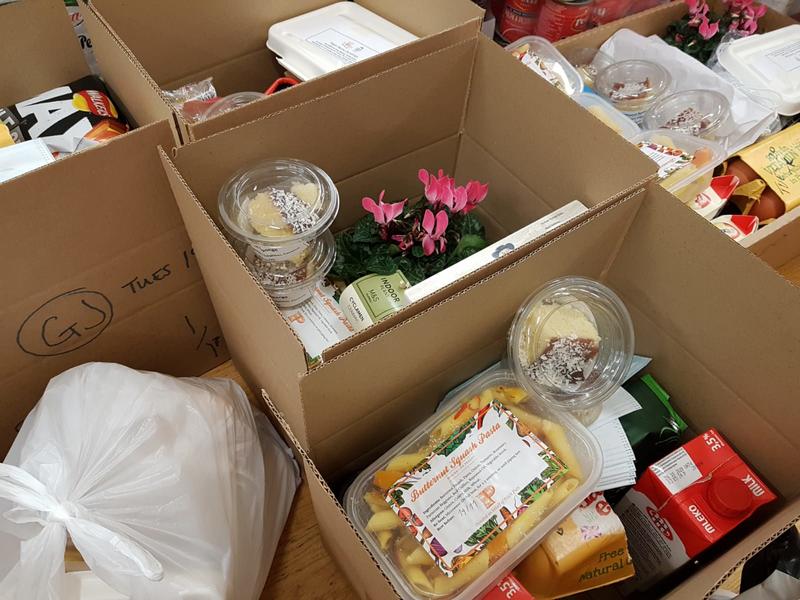 The not-for-profit group distribute targeted, emergency aid parcels across the city of Oxford. 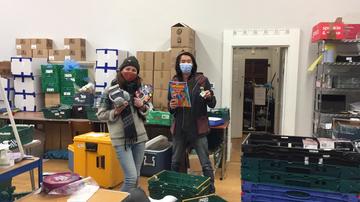 The group of just three staff and several hundred volunteers – known to all as OMA – found echoes in other British cities early in the pandemic, where similar grass roots organisations began to distribute food parcels to vulnerable members of society and those who were shielding and couldn’t leave their houses.

But what’s different about OMA is that it is stronger and bigger eighteen months later, while many of the other similar groups have closed down as the pandemic changed its complexion and lockdowns abated.

While this is a good story it also reflects a bad reality, that Oxford has some of the poorest communities in the UK, with 8-10% of households in Oxford experiencing chronic food poverty and 15 areas of the city considered among the most deprived in the UK. 44% of children in the Rose Hill area live in food poverty, to share one stark statistic. 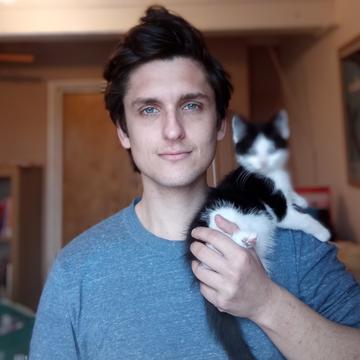 Legally incorporated in August 2020 as a not-for-profit company rather than a charity, company secretary Felix Levay (Worcester, 2007 - pictured with kitten) explains that the several founding group members were well-versed in Oxford’s particular needs, which long before COVID-19 had become acute in several areas of the city, owing to austerity.

‘The pandemic laid these problems bare to an even greater degree,’ says Felix, ‘but we had an eye on long term sustainability from the start and one reason why we are not a charity is because we wanted to be very flexible about our activities, filling a need at short notice.’

Muireann says that the group evolved quite quickly from shopping-for-shielders to addressing all too familiar issues in the city such as food poverty, and other urgent needs such as cleaning supplies and baby supplies, ‘which are frequently overlooked by conventional food banks.’

Some of the Oxford colleges also got involved through their kitchens, Lady Margaret Hall for example providing nutritional meals that could be simply reheated by recipients.

OMA estimates that it now helps 2000 people a week on average, with ‘referrals’ for emergency food parcels alongside more regular deliveries coming from a wide range of charities, individuals and GPs.

The group's base is in a hall belonging to the Church of St Mary and St John on the Cowley Road, which they rent. It is from here that volunteers pack the food parcels and organise deliveries.

The central activities break down as emergency parcels, regular parcels and kitchen meals, with OMA working very closely with a large roster of other charities ranging from the homeless charity St Mungo’s to the Rose Hill-based Oxfordshire Asian Women’s Voice, and community group Syrian Sisters, which since its founding in 2016 has supported Syrian refugees in the city. 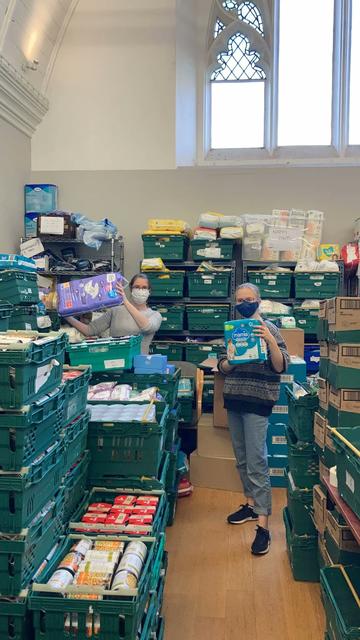 There are complex causes behind this level and depth of deprivation but Muireann says that, in the most obvious sense, all of the group wish that OMA was unnecessary and ‘food banks should not exist in 2021.’

Yet the needs are spiking in the lead-up to Christmas and it’s a pretty tough scenario in Oxford right now, she emphasises, COVID-variant omicron notwithstanding.

OMA has also structured itself to not be overly reliant on grants, although it would welcome alumni who might have grant-writing experience to hand. For the most part it has sought and found recurring smaller donations from a large number of people, often residents of the city, who can donate through a clever platform called ‘Open Collective,’ originally a B-Corp initiative in the US.

There is complete transparency about donors and a wide number of Junior Common Rooms have contributed from across the collegiate University, as well as over a thousand individuals.

Through an extremely lean operating model, OMA are currently delivering several tons of goods a week to hundreds of Oxford’s neediest households for an entire annual budget of less than £150,000.

Most recently OMA have received corporate support from car maker Ford, through its philanthropic arm the Ford Motor Company Fund, with a donation of two refrigerated vans and $20,000.

The Fund’s purpose has always been to help underserved groups in the community, and the Transit vans are both state of the art plug-in hybrids (PHEVs) that also support the zero emission objectives of the City Council.

Muireann says that the vans have been a real shot in the arm at the end of 2021, when a spike in requests for emergency parcels has coincided with Christmas, COVID and ‘imminent cuts to universal credit’.

‘Without Vanelope we simply could not meet the demand that we are currently experiencing, nor the surges that are yet to come,’ she says. Vanelope is the nickname they gave to the first of the two vans.

Muireann says that Oxford University alumni are well represented on the OMA board, staff and volunteers, where large numbers of students from both the city’s universities are present.

But she says that OMA is deeply concerned at the urgency and depth of unmet needs prevalent in Oxford, and that support is eagerly sought from Oxford alumni noting that they would love some help from people fluent in accounting, marketing, data base management and grant-writing.

Find out more about the work of OMA and how to get involved at www.OxfordMutualAid.org.