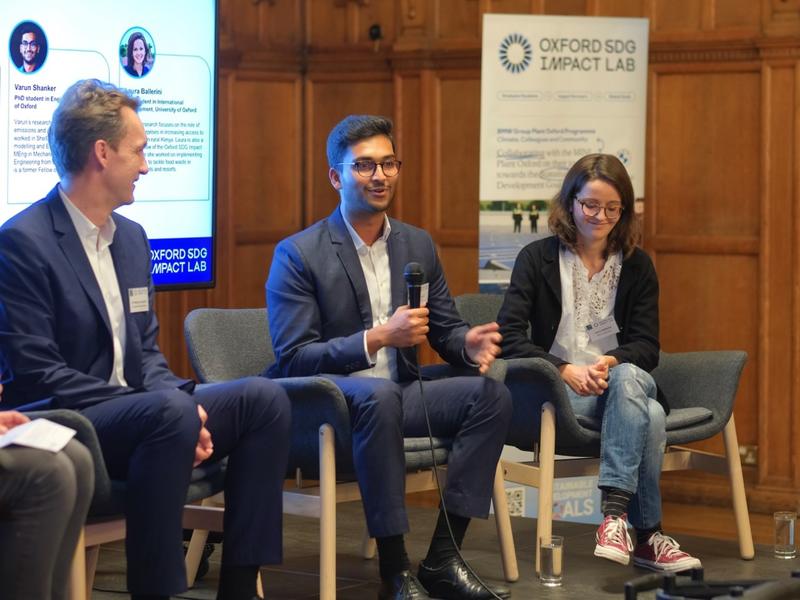 The University is working with Oxford’s other big employer, car manufacturer, BMW Group, in an innovative fellowship scheme aimed at graduate students.

Founded in 2021 and part of the University’s Department of International Development, the Oxford SDG Impact Lab puts Oxford graduate students together with partner organisations in a fellowship scheme that achieves real world impact towards the UN Sustainability Development Goals (SDGs).

The second partner of the SDG Lab is German car maker BMW Group, owner of British car brands Rolls-Royce and the MINI – the latter produced at the MINI Plant in Cowley.

Varun, who is studying for a DPhil in Engineering, talked about the project he collaborated on, promoting sea grass cultivation in Majorca, a Mediterranean island rich in biodiversity, something often missed by visiting tourists.

Laura, who is studying for a DPhil in International Development, explained how she helped identify an AI-based monitoring of food waste to be used in hospitality in Tenerife.

Dr Grüneisl and the BMW UK HR Director Bob Shankly explained that BMW Group employs over 9,000 people in the UK, with 4,500 in the production sites in Oxford and Swindon.

The company has made enormous efforts to reduce the environmental impact of its car manufacturing, including fitting a 20,000m2 solar installation on the roof of its Oxford MINI plant in 2014 – invisible from the ground but impressive seen from above and saving an estimated 1,500 tonnes of CO2 per year.

The company has a global objective to reduce manufacturing per vehicle by 80% by 2030, for instance deploying a fleet of parts delivery lorries at Plant Oxford, that run on Liquefied Natural Gas (LNG), a lower carbon and pollution alternative to diesel.

The company has also implemented a rain water capture system again harvesting the impressive real estate of the factory roofs to the tune of over a million litres of water a year.

The specific goals of the Oxford-BMW SDG Fellowship will cluster around three ‘C’s, climate, colleagues and community. Climate will address waste reduction at the MINI Plant, colleagues will take a look at employee wellbeing, and community will address the surrounding population in Cowley and the city of Oxford.

Micromobility was discussed in the forum. BMW Group has worked up an impressive array of electric scooters and motorbikes, e-Scooters and an innovative tilting electric cargo tricycle.

Dr Grüneisl explained that the company encourages active travel among its workforce, and that it accepts the direction of travel many western city authorities are taking towards reduced car use.

Oxford City Council is in the process of implementing new bus gates to reduce through traffic and wants car use to account for less than one quarter of intra-city transport by 2030, one of the themes that was raised at the forum.

The idea of each scheme is to recruit fellows between October and December, followed by University and partner-based training and work in the Hilary and Trinity terms that follow, with a remit intended to lead to tangible impact.

2023 will be a significant year for BMW Group in Oxford, since it will celebrate 110 years of the Cowley Plant and over half a million ‘cumulative’ employees.

While the Electric MINI is for now being made in Oxford, on the world’s first dual purpose production line in Oxford. The next generation Electric MINIs - a hatchback and small SUV - will start their production in China through a partnership with Great Wall. Dr Grüneisl noted that he was very hopeful that future electrified MINIs would also be made in Oxford.

The atmosphere of the event was one in which last year’s Fellows spoke eloquently about how exciting it was to take lots of theoretical insights and see how they shake down in a real, operational setting.

Dr Grüneisl observed that whether it was BMW Group or the University, ‘we’re all trying to solve problems.’ The unique strength of this scheme is that it is interdisciplinary and collaborative, as intended by the founders Professor Betts and Dr Edward Brooks.

Meanwhile the commercial partner gets to know some of the talented graduate students and harvest academic knowledge they would not otherwise have access to.

The Sustainable Development Goals or Global Goals are a collection of 17 interlinked global goals designed to be a ‘shared blueprint for peace and prosperity for people and the planet, now and into the future’. The SDGs were set up in 2015 by the United Nations General Assembly and are intended to be achieved by 2030.

Oxford University’s SDG Lab was founded in 2021 by Professor Alexander Betts and Dr Edward Brooks. One partner is easyJet holidays who placed 20 Fellows last year and will this year focus on local and strategic impact in sustainable tourism. The new partnership with BMW Plant Oxford will place 15 fellows. Graduate students at the University are invited to apply for fellowships by 23rd November. 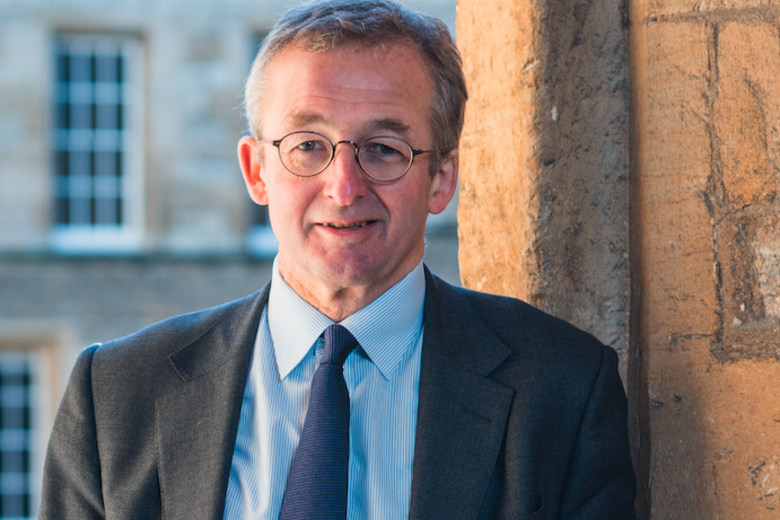