ALUMNI STORIES: 'I TOOK UP RUNNING WHEN I WAS SUFFERING WITH DEPRESSION' 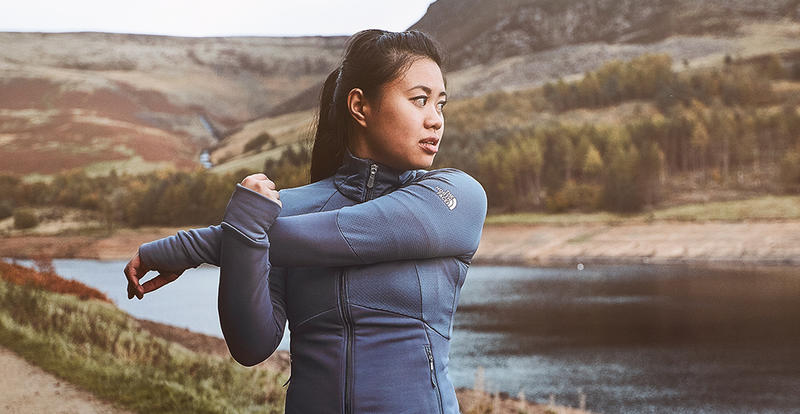 ALUMNI STORIES: 'I TOOK UP RUNNING WHEN I WAS SUFFERING WITH DEPRESSION'

Katie Myint (Jesus, 2009) talks about mental health, studying medicine at Oxford and the joy of a Sunday fry-up

When I was considering applying for medicine I was a little bit younger than most people. The combination of having an August birthday and also being moved up a year from reception to year one meant that I was only sixteen during the time of application so there weren't that many options open to me. To be honest, I never thought that I would get in, I think because it has a reputation of being quite academic and selective.

How did it feel, coming to Oxford?

It was quite strange, walking around. I remember the very first day when my parents were unpacking the car on Ship Street and the sunlight was just streaming down the road. I just remember how surreal the whole thing felt. 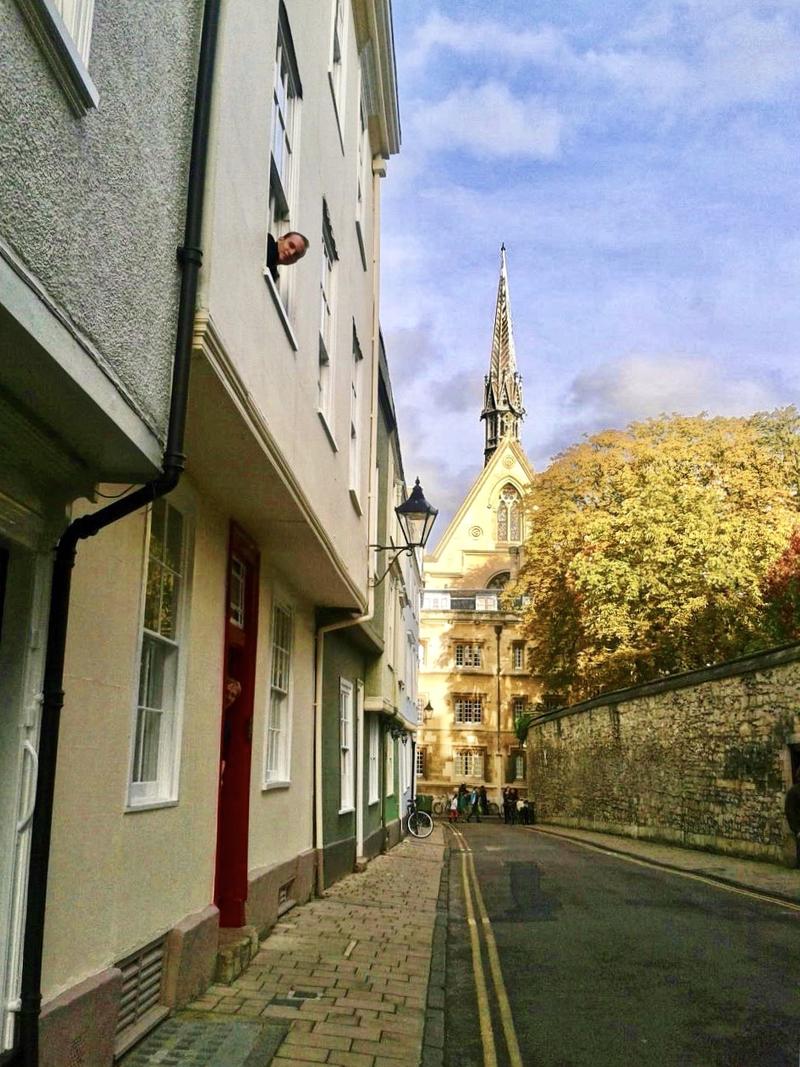 What would be one of your favourite memories of your time at Oxford?

In second year I was living in college accommodation down the Woodstock Road and every Sunday we would gather and have breakfast. We'd nominate different people, which in a group of about 25-30 is very easy! So we’d nominate people to do baked beans, eggs, toast (toast was an easy one), or sausages and bacon. We'd all congregate in this big greenhouse and just have ourselves a Sunday breakfast every week. Sometimes during the week if you're a bit busy you don't see your friends and it was so nice to catch up over a fry-up. Even now there's a group of about 25-30 of us who still meet up once or twice a week in London; they are my friends for life.

It actually gives you a really balanced perspective on life. Since graduating, I've realised how lucky I was to study medicine here. From quite early on the faculty make it clear that you all have to work together; there is no sense of competition. Because, ultimately it's a long process – six years if you choose to stay for the whole time at Oxford – so there's no reason to compete against each other. It's all about helping each other to get to the end, because we'll all be competent doctors in the end. That's an ethos that I think is so important to the culture. It really stamped all the competition out of me actually, in the nicest possible way.

Can you tell us a bit about the work you’re doing at the moment?

At the moment I'm in my first year training in ophthalmology, so that's everything to do with the eyes and particularly eye surgery. My day-to-day job involves either clinics or operating in the theatre.

From quite a young age I was interested in the eyes. Mainly because I was an ophthalmology patient myself. I had eye surgery when I was nine years old and that sort of experience, it does stay with you. Being able to work in a field where the whole aim is to try and either look after people with low vision or preserve it, even improve it, I think it's incredibly rewarding.

What do you do outside of work to relax?

Outside of work I really enjoy keeping active as a way to relax. It's one of the things that keeps my mental health in check. I really enjoy running, and that's something that I never thought I'd say. 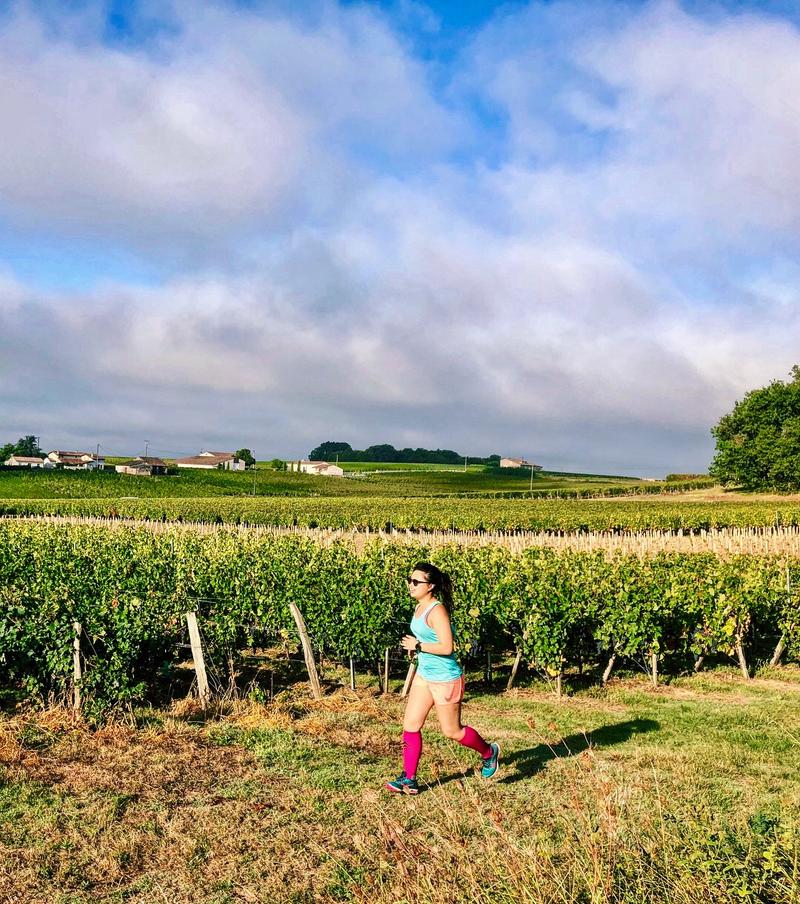 You mentioned mental health, can you tell us a bit more about that?

A couple of years ago I took up running when I was suffering with depression. It was almost self-prescribed, because I didn't want to admit it to myself, let alone admit it to a doctor. So I thought if I were a patient of my own, what would I tell myself? Apart from medication you'd advise lifestyle: sleep hygiene, good diet and exercise. So I thought, something quite simple: put on my trainers and go for a run. I remember running up and down Headington Hill in the dark – it was winter when I started. I never thought that I would grow to enjoy it, but I did. There was something really cathartic about pounding the pavement, and it really made me feel a lot better.

Were there other factors to you dealing with your depression?

I think I only managed to get out of depression with the help of a lot of other people. I was so reluctant to seek medical advice that I persisted with running by itself for quite a long time and it helped, but things weren't getting completely better.

It actually took a consultant who I had worked with as a medical student; I think I was a little bit late in giving her some work and she knew that something was wrong. She actually said, "Can you call me?" and in this phone call everything came out. She had known me so well since I had been quite a young medical student and she was the one who said, "You know, you really do need to go and see your GP about this." It was that kind of push that I needed. I think it comes from being so familiar with someone. I think that's some of the power of Oxford being such a small place where you do get to know people, and you follow them up. People start to mean something to you; they're not just a student or just a project supervisor. I think in a way that consultant probably saved my life, so I do owe her quite a lot.

How do you think Oxford can help combat mental health?

I think the way that our culture is now it's so much more acceptable to talk about mental health. And people are willing to listen, particularly in Oxford, where you have college tutors and you have welfare officers. If you'd rather go to someone your own age you've got peer support. I think there are a whole host of avenues where you can get help.

Why do you think mental health has now become an active subject of conversation generally?

For a long time, mental health was almost a taboo subject. People wouldn't want to talk about it. I don't know at what point that shifted. I wasn't ever really conscious of it before I went through struggles myself. It's one of those things which you're taught about, but it's very different to go through it yourself.

I think having a lot of influential people in the media talking about their own experiences has helped. I don't think it takes just one person, it's many people coming forward and sharing their stories which creates this movement. I think that will only get better.

Going back in time, what would you tell your younger self about applying to Oxford?

If I could go back and tell myself something, it would just be to have a bit more conviction, and to enjoy every part of the process as well. I remember with the interviews, it's quite a stressful environment, and thinking that I wouldn't even get in. But I didn't appreciate just what an incredible experience just staying in Oxford for the interviews was.

If you really want it, just go for it. And that applies to anything, not just Oxford, but in life; if you set your mind to something, you can achieve a lot more than you and other people think you can do. 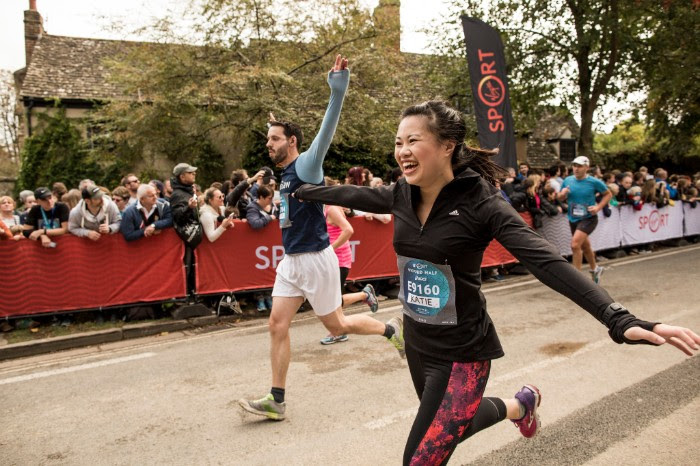 It’s difficult to put into words how Oxford has changed me. When I came here I was fresh faced, seventeen, quite naïve, with no idea what the world was really like or what kind of opportunities were out there for me. Coming here you're immediately surrounded by a lot of enthusiastic, inquisitive, intellectual people. That kind of excitement, it sparks something in you. Oxford has probably started me on this journey of life-long learning which is something that I hope to continue forever.

Katie recently worked with Blacks on their #ThisIsMyWay campaign. Find more on the Blacks website.