ON BEING A CHOCOLATE SCHOLAR

ON BEING A CHOCOLATE SCHOLAR

By the time I sat down to write my new book Cocoa, which recently joined the Polity “Resources” series, I had been researching cocoa and chocolate for more than a decade. In 2008, I had earned my PhD at the University of Washington by studying the economics, politics, and cultures of cocoa and chocolate in Ghana and Britain. This prompted a chocolate maker I knew to call me “Dr. Chocolate.” The moniker stuck and, with it, I began to explore what it meant to be a chocolate scholar. 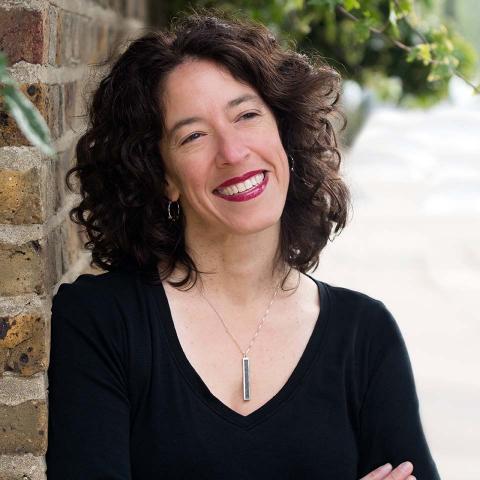 For four years (2010-2013), I was Education Director for the Northwest Chocolate Festival, where I helped build the largest festival education program on chocolate in the US. Prior to that, in 2008 and 2009, I had directed “Chocolate Academy” for Theo Chocolate in Seattle, whose bars were the first in the US to carry both organic and Fairtrade labels. The twelve-class series that I designed spanned chemistry, economics, manufacture, and more. I didn’t know who would enroll in Chocolate Academy—indeed, if anyone would—but, as it turned out, we had a dedicated cohort for the whole series. They were a mixture of people who were personally enthusiastic to learn more about chocolate, and others who were starting chocolate companies. After that, I took a faculty position at the University of Washington Bothell, where I taught, among other things, a course called “Chocolate: A Global Inquiry.” The final exam was a festival, where my students handed out samples and explained what made that chocolate type, origin, or manufacture distinct. I remember the first year we held the festival, I told my students that, if nobody came, they could walk around and ask each other questions. In fact, hundreds turned up and the UW Bothell Chocolate Festival became one of the most anticipated campus events.

Teaching a class with a chocolate festival as final exam challenged my thinking around assessment. In the first year of the festival, I noticed that visitors wanted to know more about chocolate, beyond what students were sharing about their samples. But visitors did not always know what to ask, and not all students felt comfortable offering information uninvited. So, the next year, I drew up a list of questions based on material we had studied and photocopied these onto hundreds of slips of paper. I shared the questions with my students, so they could study and prepare. At the festival, I placed the questions at the entrance with a sign encouraging visitors to take one. Well, people loved it! All across the festival venue, I could hear visitors asking enthusiastically, “What is the difference between Fairtrade and direct trade?” or “Explain to me the difference between milk, white, and dark chocolate,” or “Where does chocolate come from?” I frequently saw people going back to take new questions. I observed the interactions, making notes on student responses, and visitors often came to tell me about particularly enlightening conversations. Sometimes, a friend from the chocolate industry would attend covertly, and they had a ball doing their own evaluations.

The best part for me, as an instructor, was seeing my students step into the role of public scholars. During the quarter, I had been the expert in our classroom. But as soon as I put those questions by the door of the festival, visitors looked to my students for chocolate knowledge, and they took command of their own expertise. I believe that chocolate made such pedagogical experimentation possible: people are already emotionally attached to chocolate, so it was easy to generate enthusiasm on campus for an educational festival, and for my students to feel that they had knowledge other people wanted to hear.

While I have made my way as a chocolate scholar, if truth be told, I had not intended to study chocolate at all. When I began my graduate studies in 1996 at Oxford, “food” was only just starting to be embraced as an object of inquiry. I can remember only rare instances when I heard about a scholar studying food. These people seemed bold and daring, quixotic even, and I had no real idea of following in their footsteps. I read with awe the work of Sophie Coe, on Maya, Aztec, and Inca food cultures in America’s First Cuisines (1994), and of course The True History of Chocolate (1996), the book that her husband Michael Coe completed after her death. Sidney Mintz’s Sweetness and Power: The Place of Sugar in Modern History (1985) occupied an important place in my library, as it was the only book I knew that used food (in this case, sugar) to study sociocultural and economic structures.

Beyond that, I turned to journalists, including Mark Kurlansky, whose prolific works include the books Cod: A Biography of the Fish that Changed the World (1997) and Salt: A World History (2002); Mort Rosenblum, who wrote Olives (2000) and then Chocolate: A Bittersweet Saga of Dark and Light (2006); and Michael Pollan, who has done much to popularize the study of food with The Botany of Desire: A Plant’s-Eye View of the World (2001), The Omnivore’s Dilemma (2006), and more. I think these journalists helped to pave the way for scholars. The fact that these serious writers were taking food seriously, and the reading public were as well, has perhaps enabled the academy to approach food studies more widely. Now, there are graduate programs in Food Studies (including at New York University and SOAS University of London), and journals including Gastronomica: The Journal of Food and Culture (founded 2001) and Food, Culture & Society: An International Journal of Multidisciplinary Research (founded 1996), keep anyone who is interested current on food scholarship.

I did have an advantage when I began my chocolate studies, however, which was that I had embraced interdisciplinarity. As an undergraduate, I had studied as an overseas student at St. Edmund Hall, reading Psychology. I returned to Oxford for the MSt in Women’s Studies, and was among the first cohort to be admitted to that degree. The program is humanities-based; I studied feminist philosophy and modernist literature, and wrote my thesis on visual representations of the female body in popular media. I then pursued my doctorate at University of Washington and also completed the MPA degree at the Evans School of Public Policy and Governance.

These interdisciplinary programs kept me always considering fresh analytics, and this approach fit perfectly with studying cocoa and chocolate. As a food, chocolate has many layers of sociocultural meaning that differ, sometimes dramatically, across time and place. The industries that trade and manufacture cocoa and chocolate are equally complex, politically, economically, and culturally. There is no shortage of research angles on chocolate, and my biggest challenge now is prioritizing what to study next. For Cocoa, the “Resources” series focus on geopolitics helped shape my decisions about what material to include in the book. National politics are important to understanding cocoa as a resource—including the relative powerlessness of nation-states that grow cocoa vis-à-vis those that process cocoa and consume chocolate. But national politics are not the whole story. In Cocoa, I did my best to reveal its lesser-known politics: the gender politics that shape women’s (in)ability to access earnings from cocoa farming, the inflammatory politics around migrants in Ivory Coast that brought violence and displacement to cocoa farmers there. And too, the way that particular people in the so-called mature chocolate markets, where industrial bar chocolate has its longest history, have capitalized on chocolate’s sexiness to make careers out of this resource, in much more lucrative ways than cocoa farmers or traders will ever enjoy. What the industry needs, in my view, is for people in powerful positions along this value chain to do their best to understand the reality of those less powerful and more vulnerable than them. If we can cultivate that kind of empathy and personal responsibility among the most privileged people in the cocoa industry, then we might see a more sustainable future for this beloved food.