THE BOTANIC GARDEN IS BEHIND A NEW GIN

THE BOTANIC GARDEN IS BEHIND A NEW GIN

Some QUAD readers may have followed Oxford’s distillery TOAD via our recent reader competition, the prize a bottle of Oxford dry gin.

But on Jan 31, 2018, everything went up a gear with the launch by TOAD founder Tom Nicolson (above right), and Professor Simon Hiscock (above left), Director of Oxford Botanic Garden and Arboretum, of a much-anticipated Oxford Physic (physicke) gin. 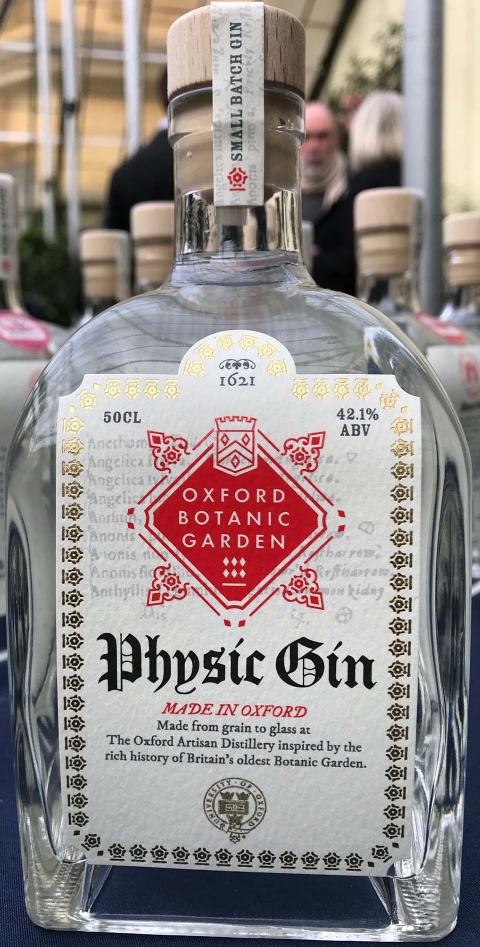 Hiscock met Nicolson, as you do, in an Oxford pub, and the conversation has resulted in a three-year collaboration between distillery and University. Into the gin have gone 25 botanicals including not just angelica and juniper but wormwood, rue and sweet woodruff.

According to Master Distiller Cory Mason, the resulting 42.1% abv spirit takes us ‘back to the time when plants formed the base of all medicine.’

QUAD isn’t qualified to judge, but a member of the drinks trade has already raved over this gin, insisting that the sum of flavours is greater than its parts, and yet that the different fractions can be drawn out in a formal tasting unlike the vast majority of gins that have crashed the party in recent years, the UK currently being in the grip of a veritable gin craze.

Professor of Botany Hiscock shared, at the launch, a private view of the 1648 catalogue of plants that the first keeper Jacob Bobart the Elder compiled 27 years after the Physicke Garden was first opened in 1621. 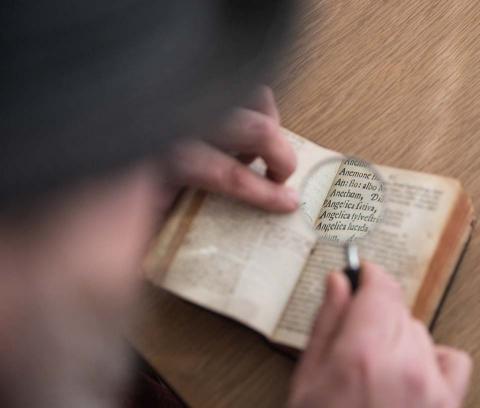 Bobart's 1648 catalogue includes many of the botanicals featured in the new gin.

In a nice twist, Hiscock mentioned that Bobart had been the landlord of a local Oxford tavern. In order to sell the new gin in the Botanic Garden Shop just inside the Danby Gate, opposite Magdalen College where the Cherwell River meanders towards the Thames, he had to take his first exam since 1985 – the one you take to have a licence to sell alcohol. 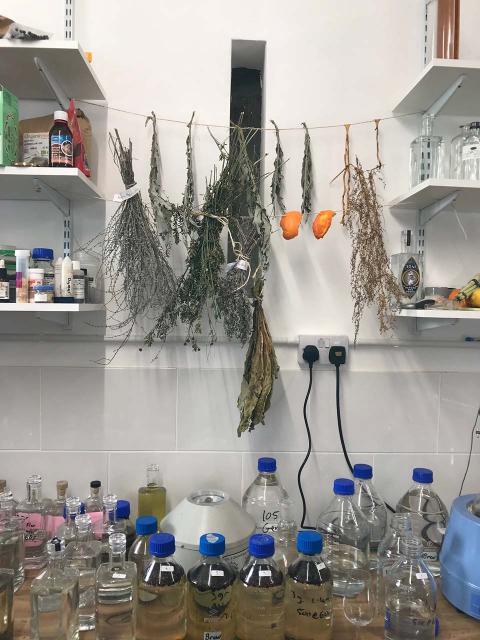 Master Distiller Cory Mason developed the gin with Oxford. Here is his laboratory.