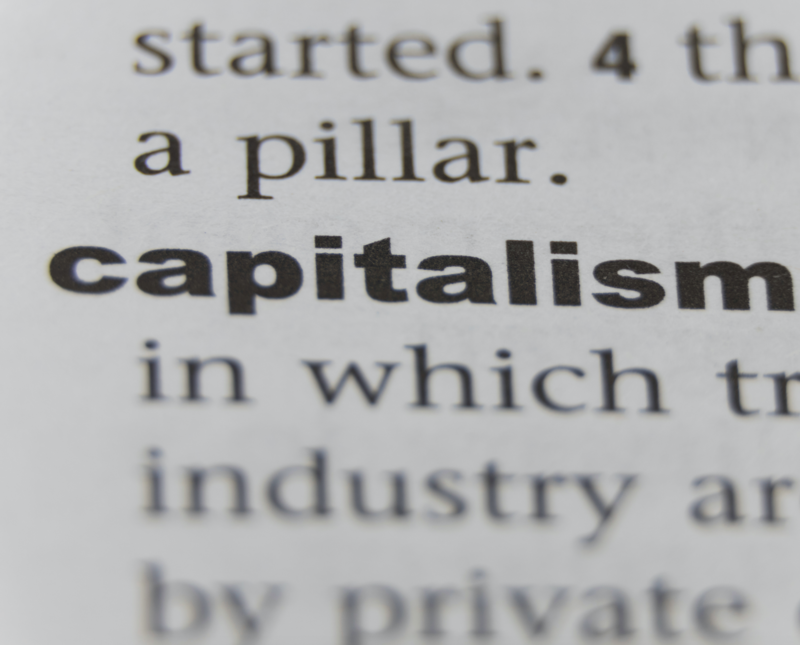 The pandemic further agitated a furious debate that long-predated it

The biggest single impact of COVID-19 was an economic collapse without recent historic precedent. Political disagreement over how to weight economic risk in relation to otherwise avoidable deaths from a virus has been one of the starkest themes of the pandemic.

‘Rebuilding the economy’ is now an emerging fault line for competing visions of what an economy should look like, with vast implications for capitalism itself. 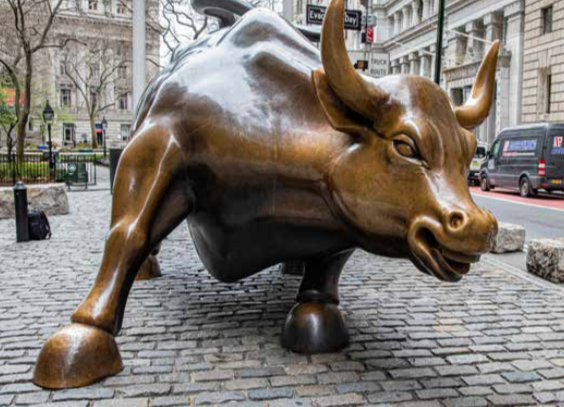 The Wall Street Bull, a famous icon, lonely amidst the COVID-19 shutdown earlier this year

Indeed, there are some voices calling for capitalism’s demise, and indeed Oxford alumnus Neil Monnery (Exeter, 1980) has noted in a recent book (see p31), one of the most regrettable characteristics of currently ascendant rightwing populism is a resurgence in crony capitalism of the worst variety, the sort that defined Battista-era Cuba before it flipped to a Communist model in 1959. While Cuba ‘failed’, it did so less conspicuously than almost everywhere else the experiment was tried, on account of significant investment in healthcare and education.

Another alumnus George Monbiot (Brasenose, 1982) has in recent months called for the smashing of capitalism but from the perspective of wanting a habitable planet and seeing the inexorable connection between rampant material consumption and rampant climate emissions.

One person’s revolution is another’s ‘whole economy transition’, and this was no less than what outgoing Bank of England Governor Mark Carney (St Peter’s, 1993) called for in a landmark speech delivered on 27 February. He spoke at London’s Guildhall with a view to the UK’s hosting of the COP26 climate summit in September (now postponed), when people in London were still shaking hands with each other and the coffee shops had but a fortnight’s worth of trade ahead of them but didn’t yet know it.

Carney’s goal was to trigger the mass greening of global finance and investment. He said, ‘Achieving net zero will require a whole economy transition—every company, every bank, every insurer and investor will have to adjust their business models. This could turn an existential risk into the greatest commercial opportunity of our time.’

This was all before the pandemic.

So too was most of a three-year-long British Academic research programme called ‘Future of the Corporation,’

whose academic lead is Colin Mayer (Oriel, 1971), Peter Moores Professor of Management Studies at Oxford’s Saïd Business School. Mayer has long nurtured a blueprint for the reform of capitalism. Once again we find purpose at its heart. His starting proposition is that ‘The purpose of business is to solve problems profitably, and not to profit from causing or exploiting problems’.

He casts stiff judgement over the predatory, asset-stripping tendency that invaded capitalism in the 1990s, followed in the noughties by the rise of the ‘activist investor,’ who typically bought enough stock in a company to secure a place on its board, to then typically drive short-term shareholder value.

One of Mayer’s points is not that such activity is invariably wrong but that where it is motivated solely by greed it usually wreaks havoc on the long-term prospects of the company.

He cites the Wells Fargo bank scandal and the broader ‘hollowing out of the American Midwest’; the case of what happened to aircraft maker Boeing

since the effective reverse takeover by McDonnell Douglas; and the case late last year of Peter Polman at Unilever, a man of principles whose planned retirement was apparently accelerated by a briefly-tabled hostile takeover bid by US food giant Kraft Heinz, with unknown long-term consequences.

One of the ideas put forward by the first report from the British Academic Future of the Corporation research was that individual businesses would be required to identify their own unique purpose, and that it would be encoded in corporate law.

Another leading thinker at Oxford is Sir Paul Collier (Trinity, 1967), currently Professor of Economics and Public Policy at Oxford’s Blavatnik School of Government. The author of The Future of Capitalism offered in that book, published two years before the pandemic, a mea culpa on behalf of economists who he says became ‘lazy’ about globalisation, believing wrongly that greater efficiencies in economic production would drive greater prosperities for all, even if unequally.

Possibly the largest single idea arising from the pandemic is that it slammed the brakes on globalisation, symbolised in recent months by closed international borders, grounded airliners and ascendant nation states.

Collier, a development expert, has long argued that globalisation has not been good for all and the ‘bottom billion’ global citizens are often on a ‘down escalator.’ Some of the ‘new anxieties’ of 21st-Century Capitalism, as he terms them, extend right across wealthy states too and concern provincial disadvantage and a lack of tertiary education, the latter a prerequisite for getting on the economic ‘up escalator.’

Collier and Mayer agree that there are always solutions when capitalism derails itself, as it did in the 1840s, the 1930s and most recently in 2008–9, or in 2020 when it was simply de-railed. The point is to correctly deduce what went wrong and then articulate responses.

But Mayer is also clear that not everything that is wrong with capitalism can be attributed to globalisation. He emphasises instead the ‘financialisation’ of capitalism, which returns the conversation to the earlier theme of companies being impaired by new owners whose principle motivation is greed.

He refers roughly to the past sixty years of capitalism, a period of dizzying economic growth in the west, but also one in which shareholder interests trampled on intrinsic purpose and created rootless, troublesome corporations.

Friedman, a Chicago economist, notoriously argued in a Time magazine article in 1970 that businesses’ sole purpose is to generate profit for shareholders, an idea that gained wide traction during the 1980s and beyond.

Neither a radically impaired natural environment nor the abject poverty of the ‘bottom billion,’ nor indeed a pandemic, can permit such a value-devoid corporate environment to continue, says Mayer. COVID-19 imposes an extreme short term ‘value’ test on capitalism, namely who will get a vaccine if it is successfully developed, and on what terms. Will there be a ‘green new deal’ of the sort called for by Oxford’s Professor of Environmental Economics, Cameron Hepburn?

Unfortunately, the pandemic has also ravaged the macroeconomic numbers, apparently placing further severe pressure on the capitalist model. States have become hyper-borrowers, with many national debts soaring above 100% of GDP yet with austerity firmly off the menu, at least for now.

The uncharted fiscal waters unleashed by the pandemic have made every finance minister queasy.

Government bond yields fell into negative territory in the UK in May, signalling that the market was willing to pay the government to borrow, so worried was it about deflationary pressures.

The worry is that such a situation could reverse and inflation take off as debt becomes unsustainable, resulting in a devastating bond market collapse.

The extraordinary thing is that none of these ideas are new even in the recent past – there has been extensive debate since 2007–9 about the political economy of sovereign debt, and whether a government might engineer a default without causing mass impoverishment or a war; how the US can possibly keep borrowing as it has.

Despite all these problems there is a huge opportunity for intelligent reform, as evidenced by the international settlements struck during the bleakest days of World War Two.