CLIMATE CHANGE AND THE CORPORATE TAKEOVER OF AMERICAN DEMOCRACY 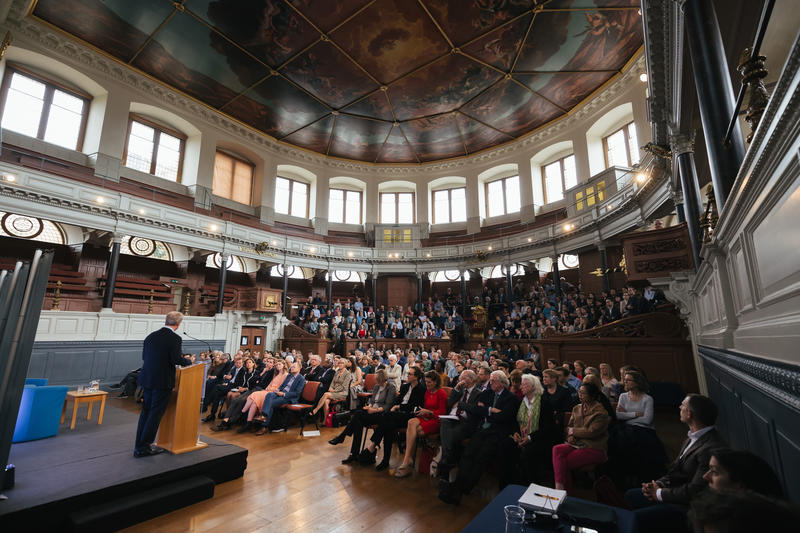 CLIMATE CHANGE AND THE CORPORATE TAKEOVER OF AMERICAN DEMOCRACY

A radical billionaire speaks out

Tom Steyer, the American billionaire challenging the status quo in US politics, gave a talk on the effects of corporate money on the government’s ability to handle climate change on Monday 3 June in the Sheldonian Theatre.

“70% of Americans – including a majority of Republicans – think climate change is true, and that it has a human cause, and think that environmental protection is more important than economic growth,” said Steyer. “The deniers have lost the argument on climate in the US. We’ve won the argument, but we definitely haven’t won the fight.” 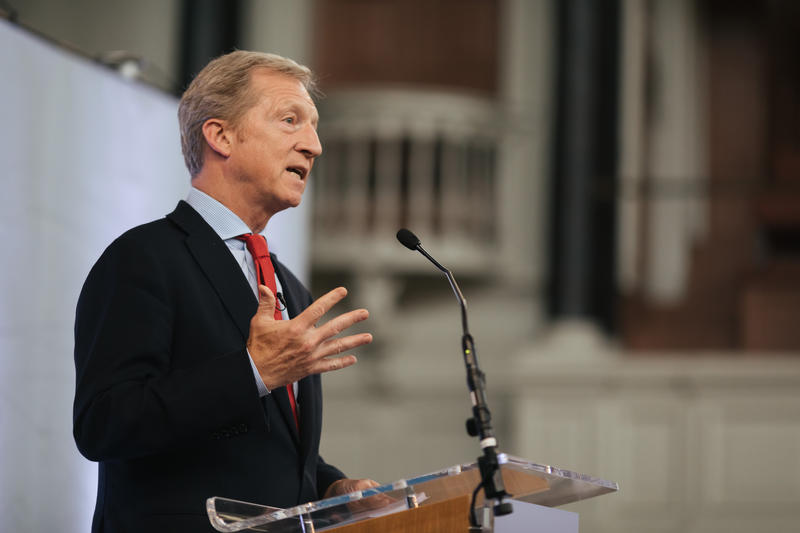 Though most Americans from both political parties agree that climate change is a problem, very little has been done to address it at the governmental level.

“If you look at failure in the American political system, there’s always paid opposition behind it; someone whose business bottom line is absolutely dependent on failure,” said Steyer, speaking on why corporate interests have diverted America from tackling climate change. He cited the Trump administration’s dismantling of the Environmental Protection Agency, the reversal of the miles-per-gallon rules, and America’s exit from the Paris Agreement as examples. “They [companies dependent on fossil fuels] are going to spend lots of money making sure nothing gets done, and they’re very good at it.”

Steyer has had a front-row seat to the influence corporations have on government policy. He has worked in investment banking since 1979, and founded the successful investment firm Farallon Capital in 1986. “I noticed a real change in corporate America from the Reagan administration onwards,” Steyer said. “Companies began putting share price above all; above their employees and their communities.”

In 2012, Steyer stepped down from his role at Farallon to focus on advocacy work full-time. He founded NextGen America, a grassroots organisation campaigning to prevent climate disaster, promote prosperity, and protect the fundamental rights of every American. The grassroots approach remains fundamental to Steyer’s philosophy, including his vision for solving the climate crisis.

“If you talk to people in the community and listen to how something impacts them, then you get a bottom-up policy that ends up being more effective, and also a coalition that can win,” Steyer said. He also doesn’t agree that dealing with climate change means abandoning economic growth. “If you ask communities whether they want jobs in coal mining, or just jobs, they will tell you that they just want secure, well-paying jobs. They don’t want to be coal miners and breathe dirty air and have shorter lifespans; they just want to provide for their families. And that’s something that can be addressed in other ways.”

Steyer speaks from his own experiences talking to Americans; he has spent most of the past 14 months traveling around the country, conducting open town hall-style meetings with communities. He believes that the lack of action on climate change is symptomatic of the larger issue of injustice in the American political system.

“People are disengaged from voting because they don’t believe the system works anymore,” he said. “80% of Americans believe the government has been purchased by corporations.”

Steyer still believes a coalition of people on the street, who may not share the same political affiliations but care about the same issues, can come together to create meaningful change. “I only ask two questions of people with whom I disagree: are they telling the truth as they see it, and are they putting the American people first?” he said. There are large influences working against cross-party cooperation, however. “On climate, I don’t believe that’s the case with either of those things. I believe there’s a corruption in our system based on money, which makes it very advantageous to vote against any kind of climate action.”