What made you choose Oxford to study?

I was an international chess master at 16. The Times chess correspondent Ray Keene suggested, as others did, that I go to university. Oxford cropped up and he mentioned Keble owing to the presence there of a famous correspondence chess-playing fellow, Adrian Hollis, so I applied. But I was rejected because I didn’t prepare well enough. Incidentally, Hollis wasn’t there either, so there was no shoe-in. I remember the nightmare very clearly. There was David Eastwood, Eric Stone, Paul Hayes and Vivienne Larminie. I got a roasting on the French Revolution. A year later, after applying myself diligently to my A-Levels (History, Maths, Classics and General Studies), I got in to study history. Along the way, I relentlessly contacted the medievalist tutor Dr Eric Stone and although bemused, he eventually saw that I was very motivated. The gates swung open.

It was a seminal life moment for me, getting in to Oxford. I’d attended a secondary school in Lancashire and my father was an electrician. Getting in after an initial rejection, was a great life lesson, that there are rules, yet you can also be creative. I suppose that’s a life lesson: don’t take no for an answer. As it was, Eric (Stone) took me under his wing, and in fact we became close until his death. He was an amazing man, and of course at the time I had no idea that he was one of the great architects of modern Keble, devoted to the place his whole life. I was cocky about everything and in a rush, while he’d pour the sherry when faced with a question meriting real pause, once citing Marvin Minsky, the artificial intelligence pioneer, to the effect, ‘You have to form the habit of not wanting to have been right for very long. If I still believe something after five years, I doubt it.’

Did you take part in extra-curricular activities?

I was always slightly odd, from a young age. I do remember getting drunk a bit at the Lamb and Flag, early on, but I missed Freshers’ Week because I was playing chess in Australia. That formed a pattern – in 1989 I got a message in my pigeon hole, asking me to commentate on a chess match between a Grand Master and a computer. I was offered a frankly amazing £1,000 for four days’ work, so I said yes. But beyond the money, I realised that this was a watershed moment in artificial intelligence, that led back to Alan Turing. The event I attended led directly to the famous context between IBM’s Deep Blue computer, and Kasparov, who lost to the computer in 1997. I had lots of conversations at pubs and always have. A lot of great solutions have come out of those conversations – pubs of central north Oxford, such as a The Anchor and The Rose and Crown in North Parade. 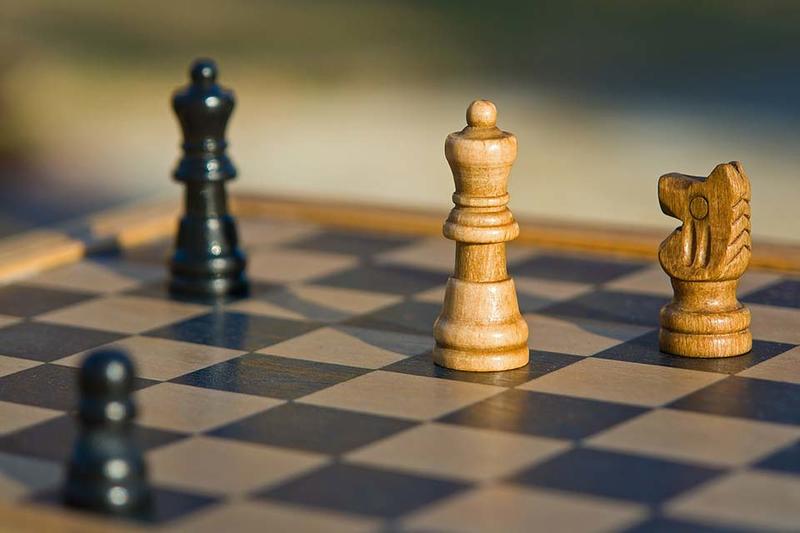 There’s always been confusion over your degree subject, correct?

Yes. Everyone assumes I’m a scientist, but my degree at Oxford was Modern History. I always loved history, and how stories and ideas echo down through the ages.

Keep going – tell us what impact history had on your career…

When I founded IP Group in 1999, raising £20 million to help the [Oxford] Department of Chemistry with their expansion, I did so with the vision that world class science has the capacity to change the world, and that Oxford has world class science. People have called me a genius but that’s rubbish. My great strength is to channel and to inspire ideas and people, with capital as the fuel. I’m very focussed on ecosystems for new knowledge. In the US there are only two real such ecosystems: Silicon Valley and MIT. Here, Oxford is making rapid progress towards its own authentic ecosystem, with the recent Oxford Foundry one example of how the supportive venturing community has now opened up right down to the undergraduate student level. This might not appear to link to history but I’ve always had an eye on the big ideas. There is a huge amount of romance left in the world. There are big discoveries to be made and Oxford has its role to play in that.

Is it true that you raised that £20 million in one afternoon?

Let’s go back to what followed Oxford, then, because most people cannot raise £20 million in one afternoon, no matter what the cause…

There was this ultra-aggressive US investment bank called Bankers’ Trust. They had connected chess with trading competence and really courted me before and after graduation. I didn’t want it so they offered more money. After a year of pottering around Oxford thinking about things, I needed a job so I relented but it lasted just three months before I told them I hated it. They doubled my salary again but I left and ended up at a much gentler operation called Duncan Lawrie, in asset management. But I did pay a lot of attention to technology, and to ideas, and at the risk of repetition you can see again here, the fascination with ideas came out of the historian in me. I used my chess winnings to invest in CISCO and in ARM when they were young. I guess that was the start of something, but I was never motivated by money as such. My head was in the clouds half the time. But I was fired up by the idea of real impact – ideas to change the world, you know, real stuff. 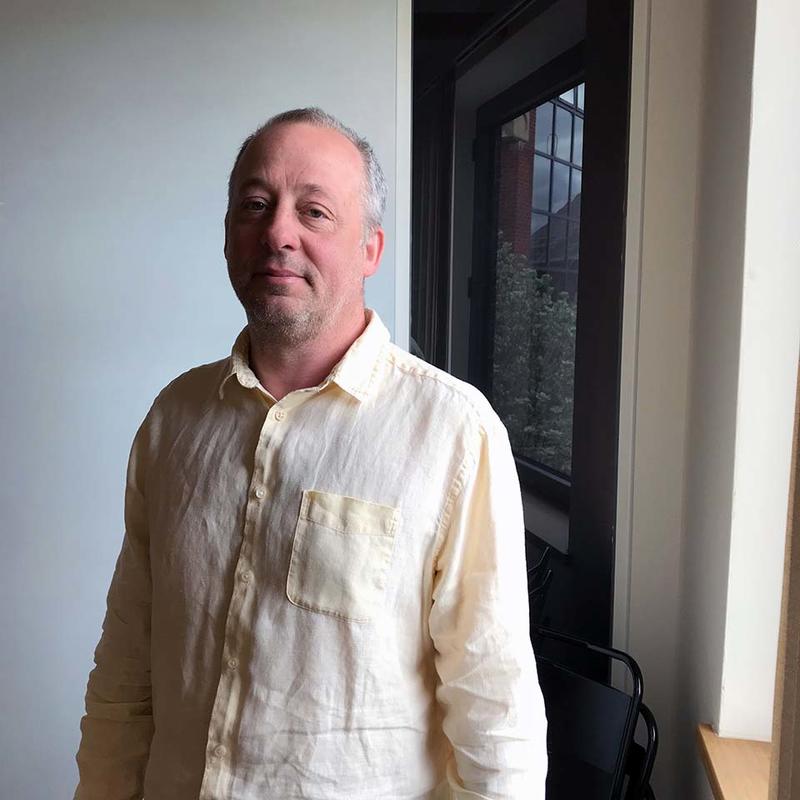 How did you return to Oxford?

In some ways I never left. I carried on having conversations with people I knew and came to know, at Oxford. One such conversation with Professor Peter Dobson, who founded the Begbrooke Business Park and connected me to Allen Hill, the man behind MediSense, the company behind cheap and easy blood-sugar measurement. I found that very inspirational because that breakthrough could affect millions of lives for the better. MediSense was subsequently sold for almost $1 billion. That was the context that led to the £20 million for the chemistry department to complete some new labs. I raised the money in exchange for a share of chemistry department ventures over a 15-year period from 2000. That was the start of IP Group, now a listed company, and that is how I came to raise £20 million in capital. After that I disappeared to the Bahamas with my then girlfriend, now wife; and thence to Andorra where I played a lot of chess. Oxford asked for my help to set up a sort of new IP Group but covering all the science subjects at Oxford, not only chemistry. I said no but I wanted to help, so eventually I was living again in Oxford and here I am, running OSI!

What’s the structure of OSI?

It remains a private company but the investors behind it are well diversified and include the University. Investment funds own about 44%; Sovereign Wealth Funds about 7%, individuals 15%, companies 18%, charities 4% and the University 12%. So far we’ve raised just over £600 million.

If there’s one thing about Oxford that you’d change, what would it be?

If you avoid failure you avoid success. This is also my insight from chess. You cannot win a chess game by playing a permanently cautious game. I would add however that there is no shame in failure as long as you learn from it. You can play a perfect game of chess and still lose. If something is genuinely new, there is a real chance that it fails. It’s a bit like an ocean voyage. It’s impossible to keep everyone happy. There are always at least 10,000 opinions on the table, and a tendency to be afraid of everything. Oxford needs to think big and believe that it can change the world for the better. But there is a real renaissance going on at Oxford currently, make no mistake. 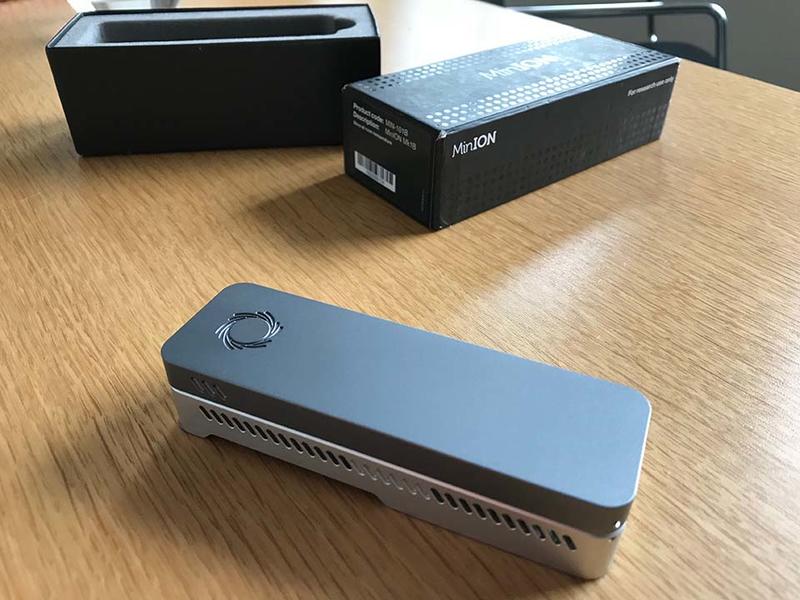 Turning to OSI, what’s the single most exciting venture you care to mention?

Oxford Nanopore. It has created the world’s first handheld DNA sequencer, the MinION (pictured above) – this is a piece of technology that can change the world. From creating fast remedies to ebola-type viruses to disrupting the ivory trade, this promises to be a very powerful technology.

The top image features Dave Norwood inside Oxford Sciences Innovation (OSI) and the pictures behind him are companies OSI have invested in.

OSI will later in 2018 move premises into the new H.B. Allen Centre on Woodstock Road, currently in a late phase of construction on a site situated between Woodstock and Banbury Roads, just north of St Giles and owned by Keble College.