DEFENDER OF THE RIGHT TO DISAGREE 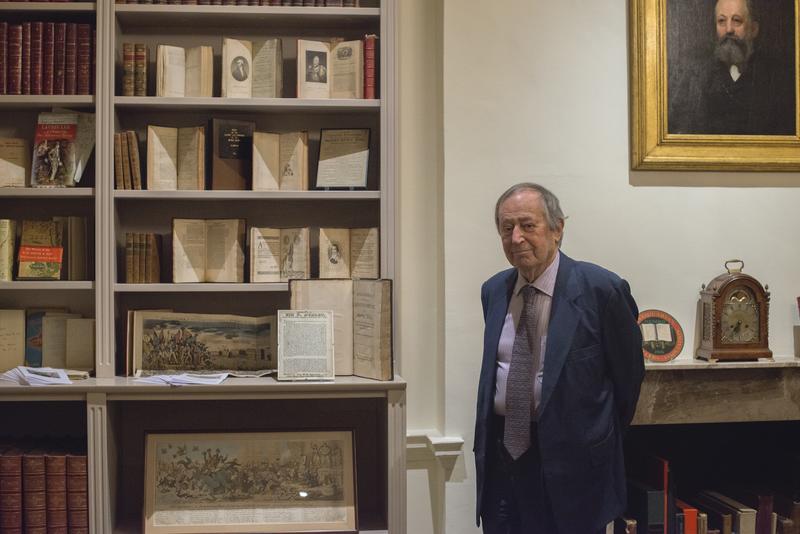 DEFENDER OF THE RIGHT TO DISAGREE

Sir Geoffrey Bindman QC (Oriel, 1952) came to Oxford to learn classics but ‘took fright at the prospect of studying that much Latin and Greek, and then maybe having to cast around for a school teacher role.’

He went on to become one of the greatest lawyers of his generation, defending political radicalism against the establishment and also becoming a libel specialist. 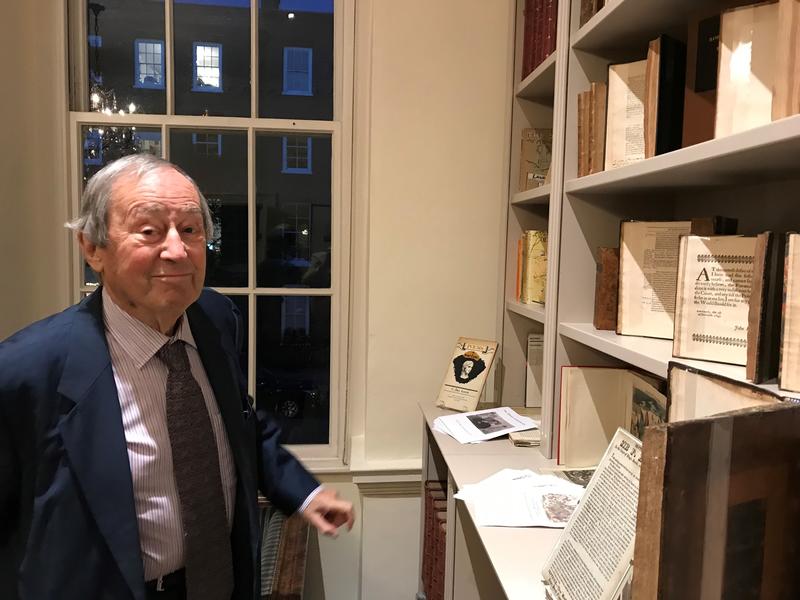 The eponymous firm he founded in 1974 now has over 60 lawyers, and like its founder is associated with defending dissenting causes (from the Latin dissentire, "to disagree") and political radicalism, broadly expressed.

Now, Bindman’s remarkable private collection of over 600 pamphlets, books and prints themed around the English dissenting tradition and political radicalism, is being sold by one of London’s oldest booksellers Bernard Quaritch, an antiquarian bookseller founded in 1847.

Quaritch held a special event on October 16 to mark an office move to 36 Bedford Row, and to celebrate Sir Geoffrey’s collection at a critical juncture in British constitutional history, amid widespread disruption to central London by climate activists Extinction Rebellion and as the tumultuous last stages of Brexit appeared to reaching their culmination in Parliament.

Sir Geoffrey, spry and sharp in his ninth decade, explained at the event that his father, a medical general practitioner, had built a very good collection of Restoration plays and Romantic poetry, and that he partly took it on, extending a very deep regard for Wordsworth but also paying attention to the political radicalism that cascaded off the Romantic movement.

‘My greater interest was always in political radicalism and I knew that the leader of the Levellers John Lilburne, had attended my school, the Royal Grammar School in Newcastle.’

The Levellers were a political movement during the English Civil War (1642–1651) committed to popular sovereignty, extended suffrage, equality before the law and religious tolerance.

Asked what item is his favourite in the collection, without hesitation Sir Geoffrey points to Lilburne’s The Christian Man’s Trial (London, 1641). In the exhibition mounted by Quaritch, it stood proud and central. 'It all began here really,' he says. 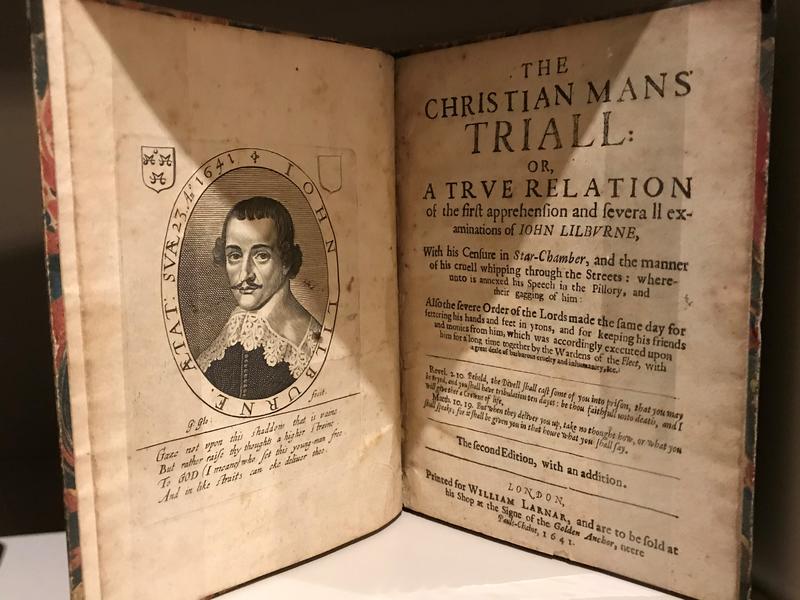 Lilburne had been arrested, tried and punished in 1637 and this work recounts what happened – a second edition as it turns out, because no first edition from 1638 is believed to have survived.

Other items displayed on the night included a terrific James Gillray print, ‘New Morality; or the promis’d instalment of the High-Priest of the Theophilanthropes,’ (London, 1798), a famous satire on the English jacobins, men like Thelwall, Fox, Holcroft, Paine, Godwin and Coleridge. 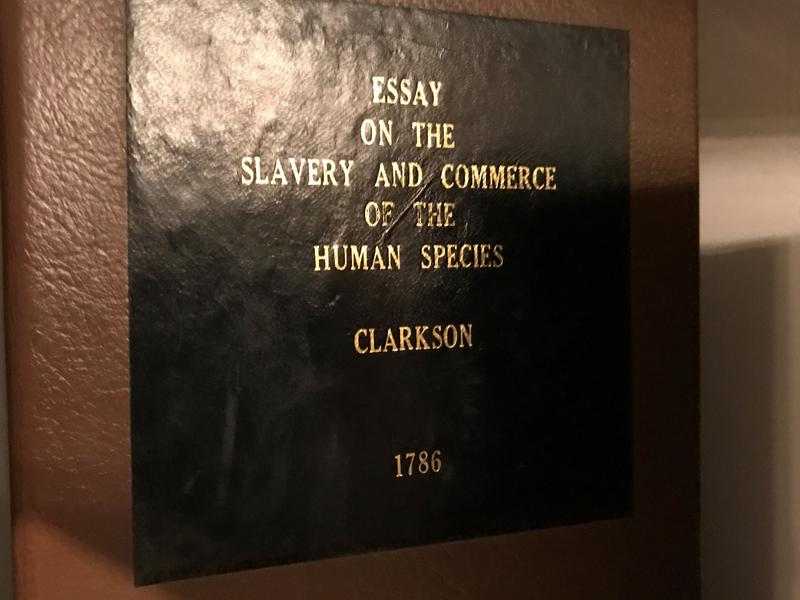 Sir Geoffrey made his reputation with some very high-profile cases including bringing to justice Chilean dictator Augusto Pinochet on behalf of Amnesty International (‘that was six months of my life’) and helping the satirical political magazine Private Eye fend off a very aggressive legal action by businessman and financier Sir James (Jimmy) Goldsmith, who resolved to destroy the publication but eventually lost.

A third case he mentions fondly is his defence of civil servant Clive Ponting, who briefed an MP on the fact that when the Argentine warship Belgrano was torpedoed by the Royal Navy during the Falklands conflict, it was at that moment heading away from the islands.

‘The judge was very clear that the Official Secrets Act had been broken and that Ponting was guilty. Yet the jury decided otherwise and effectively waved two fingers at him – it was a very interesting case concerning the power of a jury to have the last say.’

Concerning his collection, Sir Geoffrey’s hope is that it may be acquired as a unified whole, but its specialized nature means that this is unlikely.

Looking back on his career, he remembers Oriel as a conservative college and Oxford as a bastion of tradition. ‘Not liking the prospect of classics, I was equally unenthused about certain family relatives who were already lawyers'. Nonetheless ‘I found that I enjoyed academic law, and Roman law.’

He began his career volunteering in a Citizens Advice Bureau and as a lawyer for various trades unions including the Electrical Trades Union and the General and Municipal Trades Union.

Asked by email follow-up what his view is of today’s dissenters, Extinction Rebellion, some of whom are members of the University both faculty and students, he replied:

'I am very sympathetic to Extinction Rebellion. The contrast with past protest movements is that they like the police have learned that courtesy and consideration for your opponents pays dividends and may advance your cause more effectively than unthinking disruption. And of course it helps that the cause is so obviously righteous. But there is always a dilemma in deciding how far you can inconvenience the public without alienating them.' 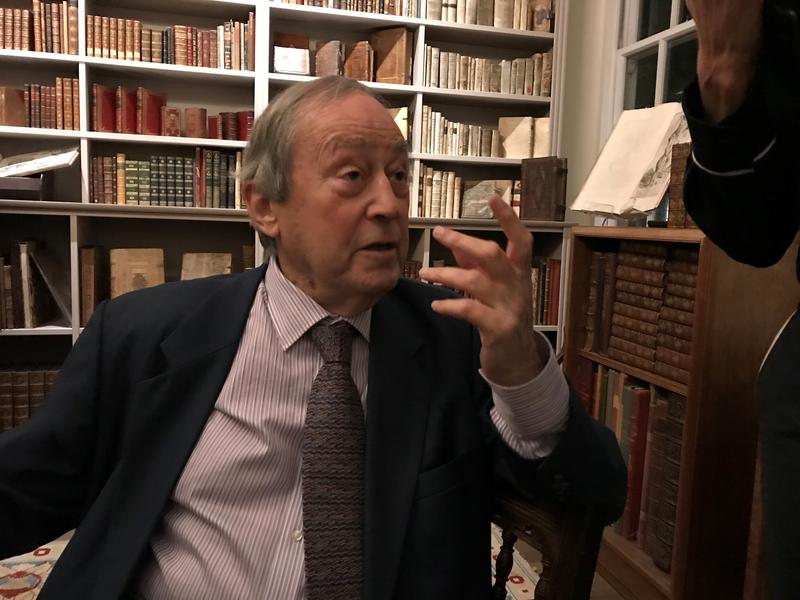