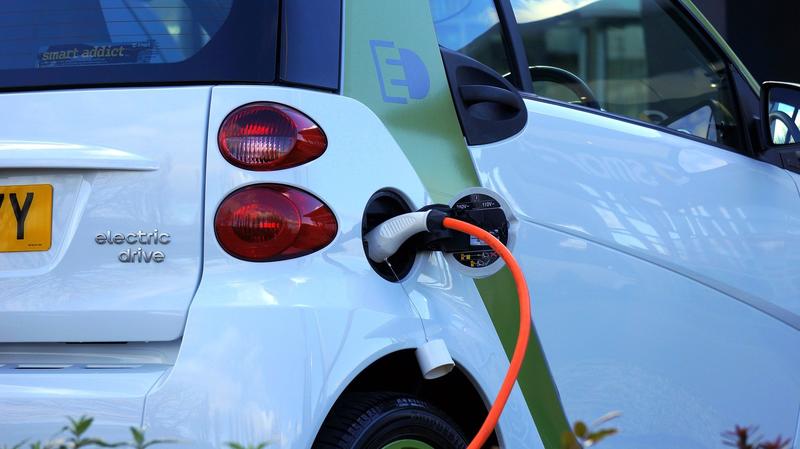 It triggered a good response from readers, as did a subsequent feature on Oxford City Council’s plans to promote electric vehicle use in the city. 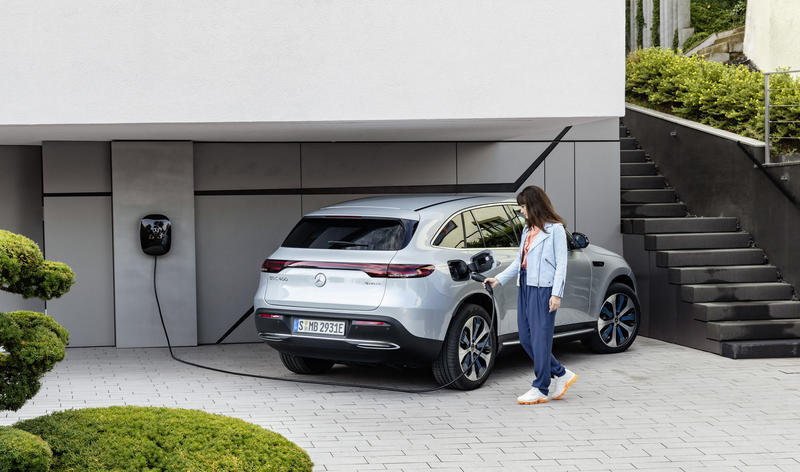 Efficient or merely clean at the point of use? Discuss. The Mercedes EQ C, a battery electric vehicle and Mercedes' answer to Tesla, has been compared by critics to 'new wine in old bottles.' It is a large SUV with 650kg of batteries for a kerb weight of nearly 2.5 tonnes. A small hatchback weighs about 1 tonne.

We also received a note from John Cole (Merton, 1964), who critiqued the piece on Molden thus;

It goes on to make a facile comparison between the efficiency of a diesel engine and an electric motor, when a relevant comparison would be genuinely interesting. Since most electricity (now and in the foreseeable future) comes from gas or oil, what is the overall efficiency from the oil tank of the power station to the wheels of the electric car?

That’s a huge question that many people are asking, having heard snippets from two sides of an enormous debate around so-called ‘well-to-wheel’ analysis.

On one hand, it is pointed out that a full battery electric vehicle charged with electricity from a coal-burning power station will almost certainly have a larger carbon footprint than a conventional petrol car. On the other, enthusiastic early-adopters buy or produce renewable energy (from privately-installed solar panels for example), to claim ‘carbon free mobility’, thereby breaking an element of dependency on fossil fuels, a major goal of twenty-first century society faced with dire climate change warnings from the scientific community.

Philippa Oldham from the UK’s Advanced Propulsion Centre, who we met recently at the Oxford EV Summit, notes the APC’s technology road maps. In one, on electrical energy storage, it is noted that:

Innovations are needed at the cell, module and pack level in order to step from the currently dominant lithium ion technology towards much higher performance lithium and non-lithium approaches post-2025, including novel cell and pack formats. Another key risk identified in the roadmap is the current absence of a sustainable, high-volume solution for end of life batteries.

In short, batteries aren’t yet at the point where they compete very well with fossil fuels for their energy density, and they can’t be easily or cheaply recycled, unlike old fashioned lead acid batteries.

We asked Dr Felix Leach, Research Fellow and Tutor (Keble) in Engineering Science at Oxford, for his view. Felix is an expert in internal combustion technology and works partly within a Jaguar Land Rover Centre of Excellence for Compression Ignition Engine Combustion Research. 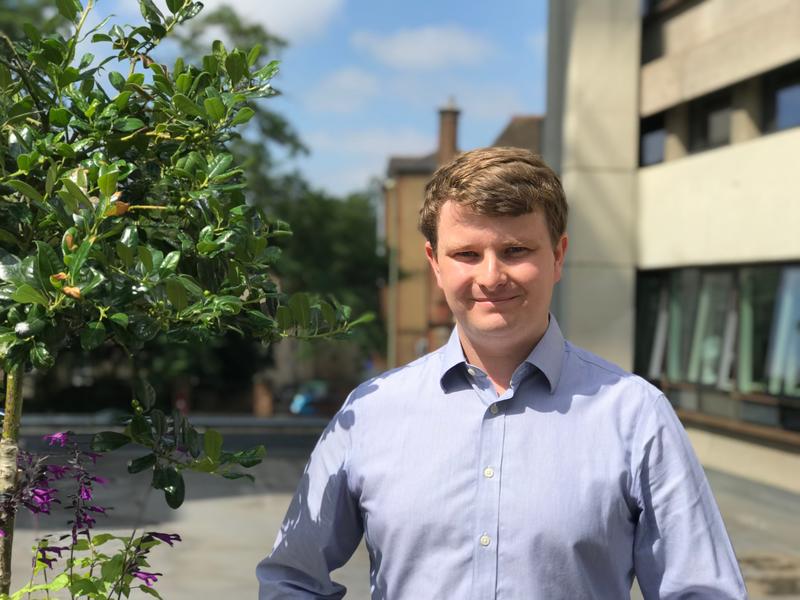 Dr Felix Leach outside the Department of Engineering, August 2018

That very description makes him sound partis pris to the car industry.

But he starts by saying that he cares about air quality as much as anyone, it’s just a matter of weighing it against CO2 emissions, which rose in the UK in 2017 for the first time in twenty years, in respect of transport.

He believes that some of this increase was due to plummeting diesel sales because of the bad publicity they’ve had over emitted particulates and oxides of nitrogen.

In the UK, diesel cars have fallen from about 50% market share to 32% market share over the past three years, according to figures published by the Society of Motor Manufacturers and Traders (SMMT).

One area of research for Felix is the measurement of fuel used in an engine at the point that it is injected. Avoiding jargon, he says that it is possible to measure with ever greater precision how much fuel is being injected, compared to a prevailing situation in which only average measurements are made over many injections. Such measurement is a precondition of achieving greater efficiencies. The area of research is called Fast Next Generation Coriolis.

He is full of insights that may overturn ‘fads in the making.’ For instance, he says, while we are on the brink of city bans on idling engines, which are seen to throw out totally unnecessary pollutants, it could backfire where a bus (for example) switches off, its catalytic convertor rapidly loses the high temperature at which it actually works, and then as a result the bus pollutes heavily when it is turned on again, until it regains that high temperature. More experimentation would be needed to show whether idling or not idling are a net benefit to air quality, taking account of weather and season and other variables.

The letter openly rebutted the idea that internal combustion engines were about to disappear. It said,

Today’s ICE is a modern machine; there have been huge leaps in technological innovation to increase its efficiency and decrease emissions. Further advances will enable near pollutant-free mobility; future fuels offer sustainable decarbonisation strategies. If we cease to invest in the ICE there is a danger that we will lose the opportunity to improve its technology, especially if electric cars do not meet expectations. The demonisation of the internal combustion engine makes good politics, but poor engineering.

Not everyone will agree with that statement, but in respect of climate change mitigation Leach notes that the key words here are ‘future fuels.’

There exist various waste-to-liquid fuels that mimic petrol and can be burned by the internal combustion engine, but are not fossil fuels.

Waste-to-liquid fuels represent a broad area of current commercialisation, in one instance involving another slice of Oxford research – a refinement of the Fischer-Tropsch process spun out of the Oxford chemistry department, leading to the creation of Oxford Catalysts, now called Velocys, a listed company.

It has been pointed out that as things stand, the cost of the batteries alone to achieve a 300-mile range for a typical US articulated lorry is about $200,000. The average such truck in the US is driven on average 3-600 miles a day. This throws doubt on Tesla’s claim that they can produce a competitive freight truck that is battery-powered.

Virtually no one, including Leach, doubt the march towards broad electrification of transport, particularly in urban centres where range is reduced and emissions are at a premium.

The issues have more to do with suitability and application, never forgetting that climate change is still the elephant in the room, much as it was around the new millennium when the move towards diesel began, only now somewhat grown in stature.

Other Oxonians such as Juliet Davenport (Merton, 1986), founder of UK utility company Good Energy, have spearheaded renewable energy so that an electric car so charged (not to mention your phone) will be greener than its petrol cousin, measured in ‘well-to-wheel’ emissions, even accounting for the true emissions that lie behind the batteries, and even accounting for the fact that ‘life cycle analysis’ of the car, down to the last nut and bolt, has not been widely adopted yet by any government.

But the future will involve both renewable fuels as well as renewable energy, somewhat neutering the often too-hot argument over whether or not we’ll all soon be driving electric cars.

Or to put it this way, Felix is as happy about his career prospects as an engine expert. 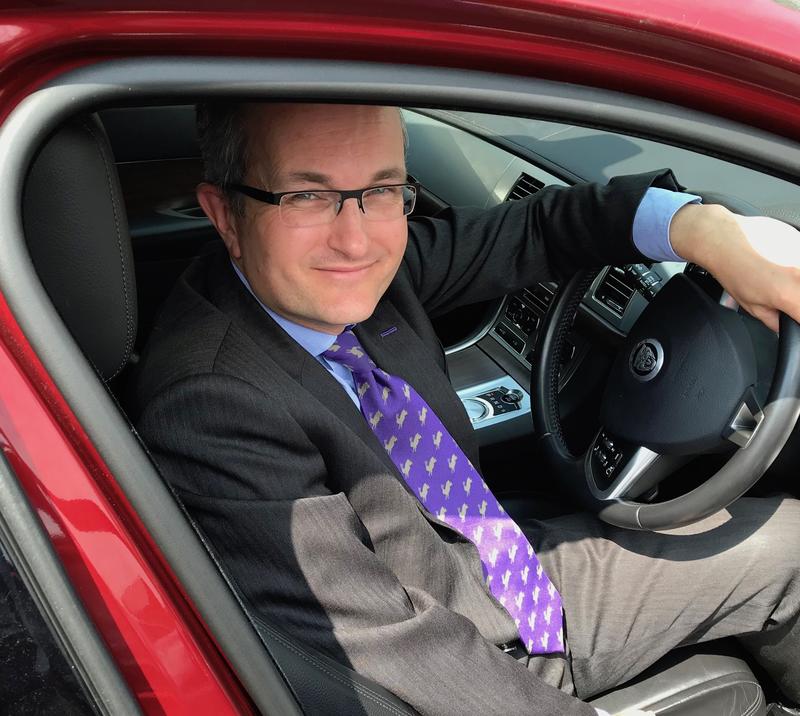 As for Nick Molden (pictured), who founded Emissions Analytics in 2011 and has become something of a public spokesperson on emissions in the UK, he says he’s neutral about all fuels but agrees with Leach that the danger of heavy-handed regulation around air quality is that it ignores the failings of the Euro 6 emissions test regime; and that gasoline direct injection engines may have high or very high particulate emissions yet will quickly replace diesels in clean air zones, despite the fact that some diesels are now cleaner than their petrol counterparts.

‘Meanwhile,’ he says, ‘a spotlight is now being shone on ingress of pollutants into the cabins of cars, an almost entirely unregulated and poorly understood area.’

Dr Felix Leach, Research Fellow and Tutor (Keble) in Engineering Science, completed his DPhil at Oriel, and before that an MEng at Exeter College. He is a Chartered Engineer and Member of the Institution of Mechanical Engineers (IMechE), Member of the Society of Automotive Engineers (SAE), and a Fellow of the Higher Education Academy (HEA).

His letter to the Economist was printed in the August 31st, 2017 edition.

Richard Stone is a Professor in Engineering Science at the Department of Engineering Science at Oxford. His main interest is combustion in spark ignition engines, but he also has interests in in-cylinder heat transfer, the measurement of laminar burning velocities under wide ranging temperatures, pressures and compositions, and is undertaking a longitudinal study of vehicle technology. He has written over 100 papers, mostly in the area of engine combustion and instrumentation. He is well known for his book ‘Introduction to Internal Combustion Engines’, now in its 4th edition.