HOW AI CAN HELP US SAVE THE PLANET 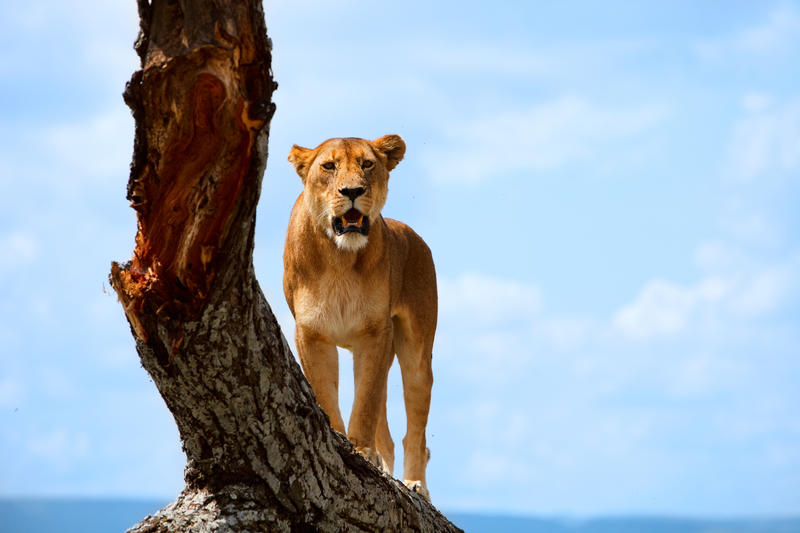 HOW AI CAN HELP US SAVE THE PLANET

A combination of ever-increasing population growth – 7.8 billion and counting – and short-sighted human behaviours have left the natural world at tipping point. As a result, multiple species now face extinction.

As scientists attempt to prevent what could be a devastating biodiversity crisis, they are looking towards a surprising tool: artificial intelligence (AI).

Significant strides in technology and AI development have enabled new research opportunities areas of conservation and ecology, such as exploring extreme environments like the deep sea, deserts and the poles, in order better to understand and protect the species that live there.

At Oxford University alone, multi-faceted approaches to using AI have allowed academics from across the institution to take their research to the next level: projects as diverse as the conservation of penguin populations in Antarctica and wild lions in Africa, helping governments crack down on poaching and the illegal wildlife trade, and the development of algorithms that will help scientists identify and track wildlife species from their seismic vibrations.

Although very different issues at first glance, these projects share a common thread: an interdisciplinary approach which allows the research to tackle real-world issues.

Conservation isn’t just about saving specific species; it’s about understanding the factors involved in human-animal conflict and how these issues impact people’s everyday lives. This needs to be approached on two levels, beginning by getting to grips with the ecosystem around an issue, its importance to local communities – be that cultural, spiritual or economic – and the demands placed on it by different stakeholders. The next step is to understand how best to work with the people most affected by a conservation decision, as well as other groups and experts, to protect both biodiversity and people’s wellbeing.

‘A top-down approach can be really counterproductive in tribal communities. It’s important not to judge and instead see if there is anything that you can do to make the wildlife more of a social benefit than a pest,’ says Dr Amy Dickman of Oxford’s Wildlife Conservation Research Unite (WildCRU), founder of the Ruaha Carnivore Project, which works to protect the lion prides of southern Tanzania by offering incentives to the community. Since the project launched six years ago, carnivore attacks on livestock in these communities have been reduced by 60%, and big cat killings have decreased by 80%.

As daily life and digital life have become increasingly connected, conservation research has come to include working to understand both offline and online footprints. In the case of the Oxford Martin Programme on the Illegal Wildlife Trade, which aims to tackle the trade of endangered species, this work involves understanding how organisers use the dark web as a sales forum.

The illegal wildlife trade poses a severe and ever-growing threat to global biodiversity, responsible for a 60% decline in elephant numbers alone between 2009 and 2014. It is also a big money earner, generating up to $10 billion a year for those behind it.

The Oxford Martin Programme brings together experts in areas ranging from international development and economics to computer science, psychology and engineering. This multi-disciplinary expertise enables the development of tools for the surveillance and tracking of online wildlife sales, as well as the unravelling of the motivations driving the trade.

The programme’s Dr Joss Wright explains: ‘Our project involves colleagues from across the University that you wouldn’t naturally expect to work together. But each area of expertise is a necessary puzzle piece, essential if we are to see the bigger picture and have tangible societal impact.’

AI-powered technology is fundamental to the project’s interdisciplinary approach, allowing researchers to look at the illegal wildlife trade with fresh eyes and understand why so many communities support and depend on it. From these observations they can work out incentives to help communities protect species, by making the wildlife as valuable to local people alive as it has become dead. Researchers from the Oxford Internet Institute have developed algorithms that allow them to understand how the web enables this illicit trade. Then, working in collaboration with practitioners, they implement their findings with a view to changing policy in ways that support the needs of communities.

Of the role that AI has played in the project and how beneficial it has been in achieving the stated goals, Dr Wright says: ‘For a long time this work was done by people manually, over a much longer period of time. But technology and AI developments mean that computers can now do some of this work for us: in our case, trawling the depths of the internet for patterns and shifts in how people engage with the illegal wildlife trade. This includes, for example, the kinds of forums used for trade, and changes in terminology which could potentially be linked to breakthroughs in law enforcement and then having to adapt the language used in order to go undetected.

‘These developments have allowed us to make more detailed and complex predictions, and to use huge amounts of data that we would not have been able to five years ago.’

AI does not just help scientists to understand a conflict or research an area through data analysis, it also enables smart technologies that allow them to monitor animal behaviours. By training computer algorithms on a set of available data, machines can now learn what they should do for a given challenge – such as classifying photographs by the species found in them, identifying areas of a satellite image containing water or intact forest, or translating speech from one language to another .

An interdisciplinary approach combined with AI-powered technologies has been key to the success of the Ruaha Carnivore Project. The project has initiated a number of interventions that support the protection both of lions and people locally.

Dr Dickman says: ‘Lions have incredible international value, but in most places they are currently worth more to local people dead than they are alive. If we want locals to protect their wildlife, they have to value it as something that actually brings them some benefit – and that means giving it a tangible value. If the presence of this wildlife improves their lives, they are going to want to keep it there.’

In Ruaha, killing a carnivore earns people – particularly Barabiag and Masaai tribesmen (warriors) – respect, status and even gifts like cattle from the rest of the community. So the team has worked to build relationships with local people and to understand what it would take to make them stop this behaviour. Their concerns, particularly for the women in the group, were the same as they would be for any of us: economic stability, healthcare, education for their children and veterinary health for their livestock.

The team developed programmes in all of these areas, including the opportunity to become a ‘lion defender’: employing community warriors to defend rather than kill lions, and offering them a monthly wage in return. As part of this work the team introduced community camera trapping, where the lion defenders run and monitor automated camera traps (cameras powered by AI which automatically take photos when an animal passes), and the villagers receive points for every image captured. These points translate into extra money for the community – around $5,000 per village – every three months, which goes towards healthcare, education and veterinary medicine. This programme has demonstrated that the presence of wildlife on village land can be an asset that directly generates important community benefits.

Automated camera traps also drive another medium that has become an essential aid to conservation and ecology research: citizen science.

Founded by Oxford University academics ten years ago, the Zooniverse platform runs on support from volunteer ‘armchair scientists’ who help the team with their research by identifying and classifying everything from images of specific animal species, to galaxies in space and regions affected by hurricanes and extreme weather – all from the comfort of their own homes.

Thanks to the internet and technological developments like the evolution of the smartphone, the model of involving public volunteers in research has progressed greatly in the past ten years.

Support from the public enables researchers to process data significantly faster. Over time it has become vital to conservation research streams. The Zooniverse platform now hosts more than 100 diverse projects, with one of the most popular being the ecology initiative Penguin Watch. The programme uses a series of time-lapse cameras, set up across the southern hemisphere, to capture data on penguin behaviours and breeding habits.

Oxford penguinologist Dr Tom Hart, from the Department of Zoology, says: ‘Our cameras are already taking our place in the field, and are in fact better than us at the legwork. They take hourly pictures without fail, and all we need to do now is make them a bit smarter and more interactive.

‘We work with Professor Andrew Zisserman and Carlos Arteta, in Oxford’s Department of Engineering Science, to build our own camera technology, using machine learning to programme them to operate independently – much like a Mars rover. If the lens were to become covered with snow, we would teach the camera to recognise the white covering and to heat the lens, melting the snow away. Penguin behaviours are also quite synchronous, so if anything unusual happens within view, the camera will detect that something new is happening and take more photos of it.’

However, although machines are now able to carry out a lot of the legwork for scientists, the researchers themselves feel strongly that they could never and should never replace them entirely.

Dr Wright says: ‘People automatically assume that they can trust computers to do intelligent work. But algorithms with built-in discriminatory bias and how they can affect people’s lives – particularly minorities and vulnerable groups – are a big concern that affects conservation work as much as it does other areas.’

One potential way of reducing the online illegal wildlife trade is to use automated filters to block content, such as adverts, linked to the given subject matter. These filters can, however, have discriminatory biases built in that can negatively affect disadvantaged groups. An algorithm trained to block illegal wildlife trade postings in Kenya, for example, could be much more likely to block innocent adverts for animal-related products in the country. An embedded mistake like this, learned from poor data used to train the algorithm, could significantly harm legitimate sellers on the basis of their location alone.

‘It is a mistake to trust computers too much, or to knowingly let them make decisions that will negatively affect people’s lives,’ says Dr Wright. ‘You want to avoid building systems that exacerbate bias by design.’

He adds: ‘You always want to keep a human in the loop, so that they can pick up when a computer makes a mistake, which it inevitably will.

‘Our work would be very different without AI, and it would definitely take much longer. But we could never rely on it entirely. People have an understanding that AI could never provide – we need to use the two together.’