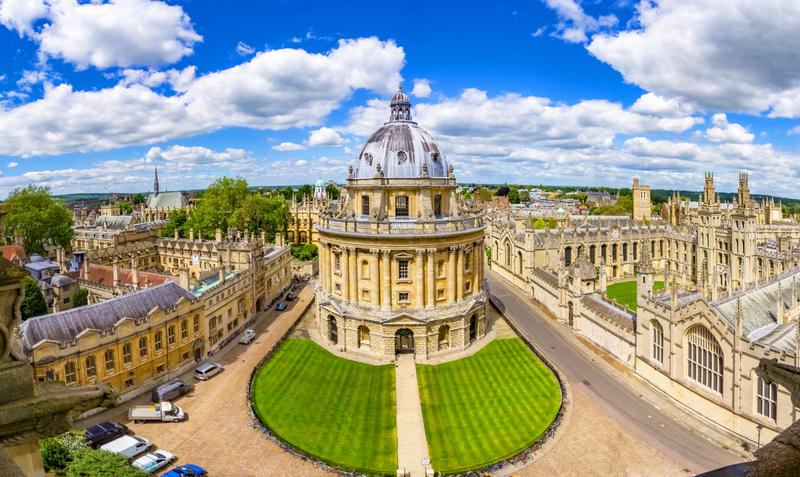 Oxford is launching its fifth innovation fund since 2014, to drive the creation of new companies based on the University’s globally outstanding research.

The first four funds were funded principally by alumni and without conventional marketing. Each fund seeds the commercialisation of about 6-8 Oxford discoveries that have been screened by Oxford University Innovation, the University’s wholly-owned commercialisation subsidiary. The fund is then managed for its life by London-based specialist fund manager, Parkwalk Advisors.

Where once it was frowned on as being slightly grubby, the commercialisation of intellectual breakthroughs made at universities has been totally transformed over the past decade. It’s now something the UK does very well, with Oxford right at the centre.

True, says Parkwalk co-founder Moray Wright, there are other universities in the race, but in all cases it’s the same basic proposition: great universities produce great breakthroughs but without seed funding and a commercialisation strategy, it’s likely that someone else will reap the benefits.

A classic example is the lithium ion battery, developed by Oxford brains in the 1980s. The IP was acquired and developed by Japanese corporation SONY. Four decades later it forms the basis of most electric cars and is at the centre of Japanese leadership in this huge industry.

Oxford’s track record since then has been much better. Oxford University Innovation was founded in 1987 and today is led by Dr Matt Perkins. It manages 3,881 patents arising from Oxford research, brokers hundreds of technology licenses a year and is the midwife of over 150 spin-out enterprises.

Parkwalk Advisors came along in 2009, as the financial crisis reached its peak. A decade on and barely a day passes without a new newspaper article about the suspension of famous stock-picker Neil Woodford’s flagship, £3.5 billion Woodford Equity Income Fund (coincidentally based in Oxford).

So how does it work? The first four Oxford funds were launched annually since 2014, each raising somewhere in the region of £2 million. The minimum investment is £25,000 and in exchange for high risk and not being able to access money for years ahead (anticipate 7-10 years for the fund to mature and be realised), there are a series of government tax benefits to balance fairly stiff fund management costs.

The prospectus (see link below*) outlines the manifesto to potential investors:

Investing in the University of Oxford Innovation Fund V is an attractive way to support the University’s drive to create global impact, to accelerate the introduction of innovative technologies that will benefit wider society and, potentially, to benefit from a tax-efficient investment vehicle.

Wright argues that there’s a broader misperception about risk when it comes to university IP.

‘Yes, it’s high risk,’ he says. ‘This is a classic example of an investment where the advisor would say, ‘not for widows and orphans!’ The very first fund had an early failure, he notes, yet has pulled even since with a couple of excellent companies maturing.

‘Yet the nature of University IP is in many other regards less high risk. It sits atop big brains that have been supported by funding, equipment, networks. It’s likely to outpace two guys coming home from a pub with an idea and an app.’

Wright says 90% of university spin-outs are still in business after five years, compared to just half of all start-ups after just two years. He argues that on this basis alone investors should consider university IP to be a ‘specific asset class…with its own foibles and merits.’

Companies that the first four Oxford funds have invested in include Brainomix, Animal Dynamics, Orthox, Refeyn, TheySay, Mind Foundry, Bibliotech and Oxford Endovascular. As some of the names hint, Oxford has become a world leader in medical technology. Orthox, for example, uses a silk-based biomaterial for the repair of cartilage and bone injuries, while Oxford Endovascular is developing a novel treatment for treating brain aneurysms. Other companies are active in the broad area of machine learning and artificial intelligence, big data and biomechanics.

The prospectus contains much greater detail on each fund. Wright says he and his team are happy with the broad performance. No one has lost their shirt yet, there have been some outstanding successes – and he reiterates the inherent risk and long-term commitment and patience needed by investors for the Oxford innovation fund.

*Nothing in this feature should be construed as investment advice

Oxford University Innovation was established by the University in 1987 to help commercialise Oxford research. OUI has twice won ‘Technology Transfer Unit of the Year’ (Global University Venturing 2014 and 2017) and is recognised as a global leader in university innovation. Oxford spin-out companies have gone on to raise in excess of £1.9 billion in external investment, transferring technology and expertise to industry and society.

Parkwalk is the largest growth EIS fund manager, backing world-changing technologies emerging from the UK’s leading universities and research institutions. The UK’s most active investor in the University spin-out technologies sector, Parkwalk has over £250 million assets under current management backing over 100 companies that have raised over £1 billion since 2010.

Visit Parkwalk's website to find out more about the fund or email: uoif@parkwalkadvisors.com to request a prospectus or further details.