JEFF KOONS AT THE ASHMOLEAN 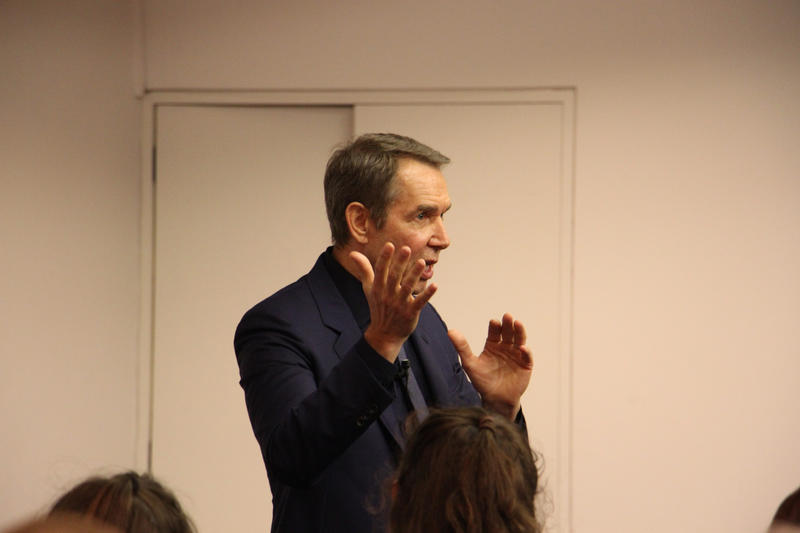 JEFF KOONS AT THE ASHMOLEAN

The American contemporary artist has come to Oxford

The iconic American contemporary artist, Jeff Koons, had never been to Oxford in the whole of his glittering, wildly successful 40-year artistic career.

Having toured the world with his giant, stainless-steel mirror-finish sculptures and earning more than any other living artist, he had declined all invitations to Oxford. The city of dreaming spires had failed to attract this embodiment of dreams-fulfilled.

But something changed. Something peaked the interest of New York-based Jeff Koons, and that something was a carefully written letter by Oli Lloyd-Parry, Oxford medical student and President of The Edgar Wind Society.

The idiosyncratically-named art history society was to change the relationship between the world’s oldest university museum and the world’s highest-earning artist. 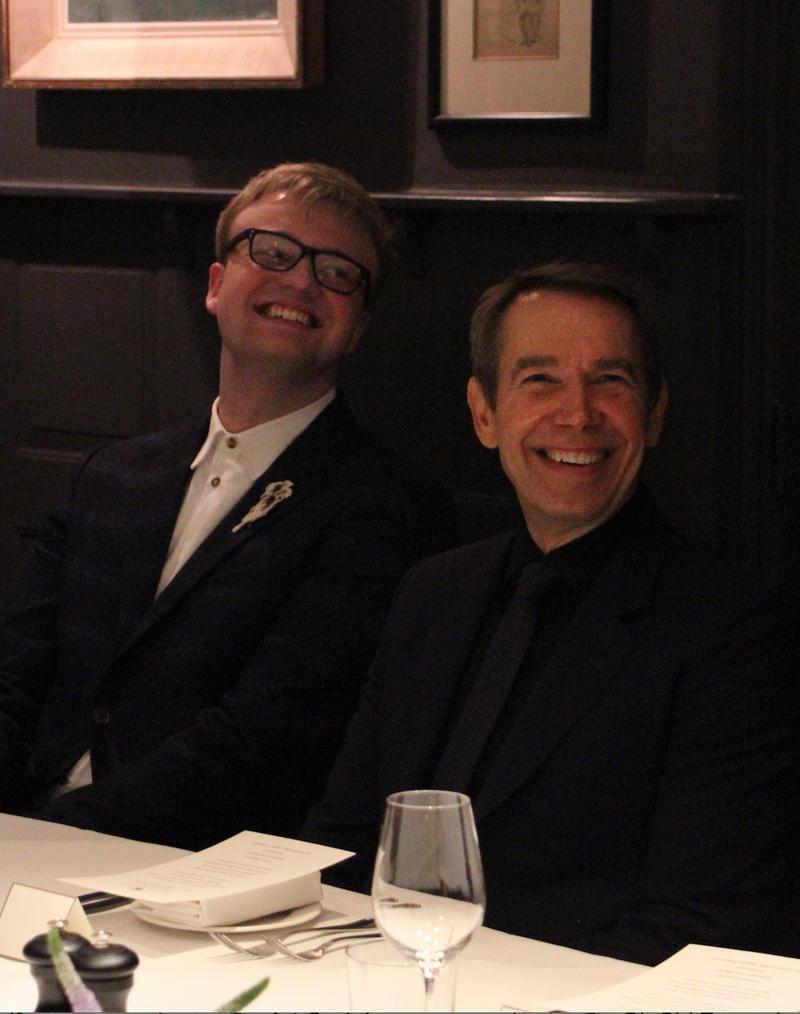 The Edgar Wind Society is named after the first Professor of History of Art at the University of Oxford. It aims ‘to encourage engagement with the history of art, to promote involvement beyond academic study and to offer an environment within which one can nurture an interest, develop a passion or take a fresh look at art’. The founders might have been surprised to see how far those aims would take them.

In 2016 Oli Lloyd-Parry, then incoming President of the Edgar Wind Society, proposed the idea of establishing The Honorary Membership for Outstanding Contribution to Visual Culture.

Lloyd-Parry says: “The idea was met with great enthusiasm and we were thrilled when the initiative was supported by the History of Art Department, the Ruskin School of Art, The Ashmolean Museum of Art and Archaeology, the Pitt Rivers Museum and Modern Art Oxford.”

The award was created to honour outstanding contemporary artists and Jeff Koons was chosen to be the first recipient.

Lloyd-Parry wrote to Koons’ studio in New York City inviting him to accept the Honorary Membership and to address members and guests of the Edgar Wind Society at the Ashmolean Museum.  To the society’s delight Jeff Koons accepted their invitation and agreed to come over to Oxford, UK, to collect it in person. 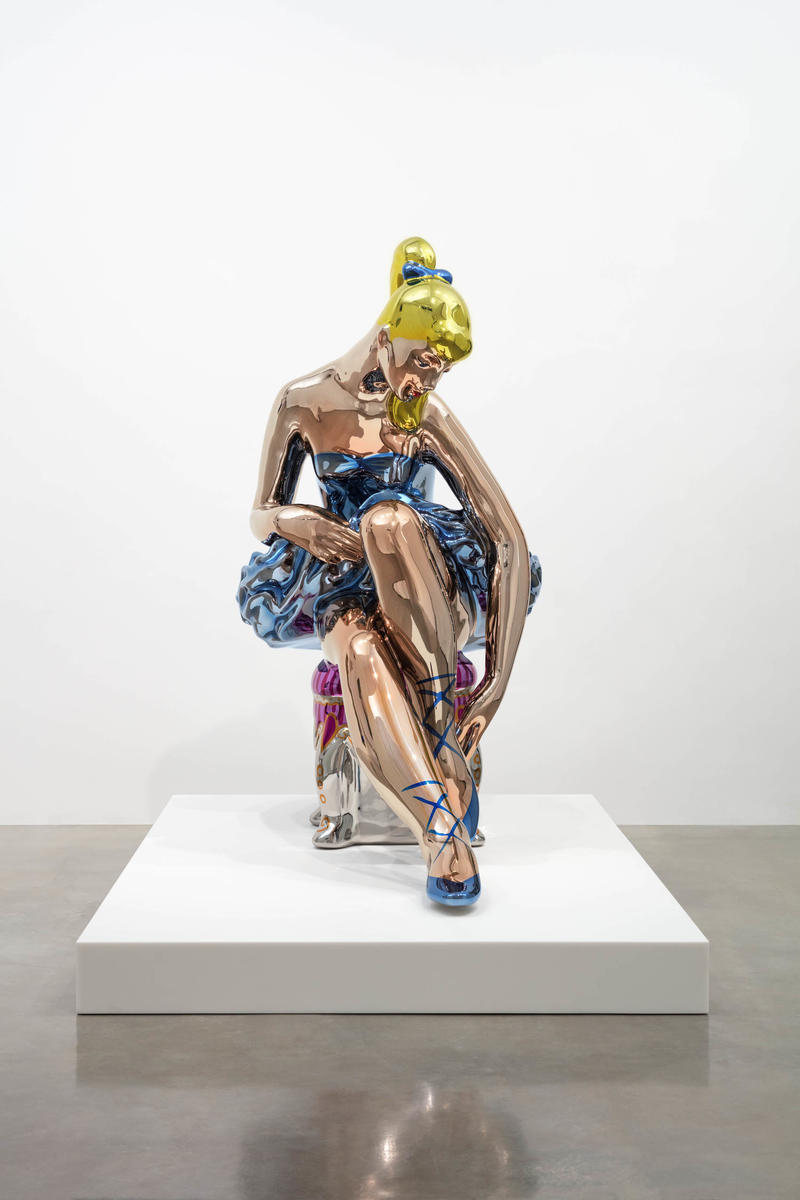 “Jeff Koons is a very generous person and he really responded to the intellectual curiosity and the genuine enthusiasm in my letter,” says Lloyd-Parry. “I spent a lot of time writing it and I think he responded to the sincerity. His ground-breaking work is more than deserving of its public reverence and we were honoured to have had the opportunity to present him with an Honorary Membership, in recognition of his outstanding contribution to visual culture.”

So the Koons-Oxford connection began. As part of Jeff Koons’ visit to Oxford in 2016 Lloyd Parry and Mallica Kumbera Landus, the former Andrew W. Mellon Teaching Curator at the Ashmolean Museum, gave him a tour of the Ashmolean Museum which tells human stories across civilisations from 500,000 BC to the present day.

Lloyd-Parry says, “As an artist with a strong interest in reflection and shared histories, Koons’ enthusiasm for the venue was a certainty. Indeed, Jeff has since said of the Ashmolean: ‘I couldn’t think of a better place to have a dialogue about art today and what it can be.’

“I think he also responded to the enthusiasm and intellectual curiosity of the students, academics and curators in attendance at his Honorary Membership lecture.” 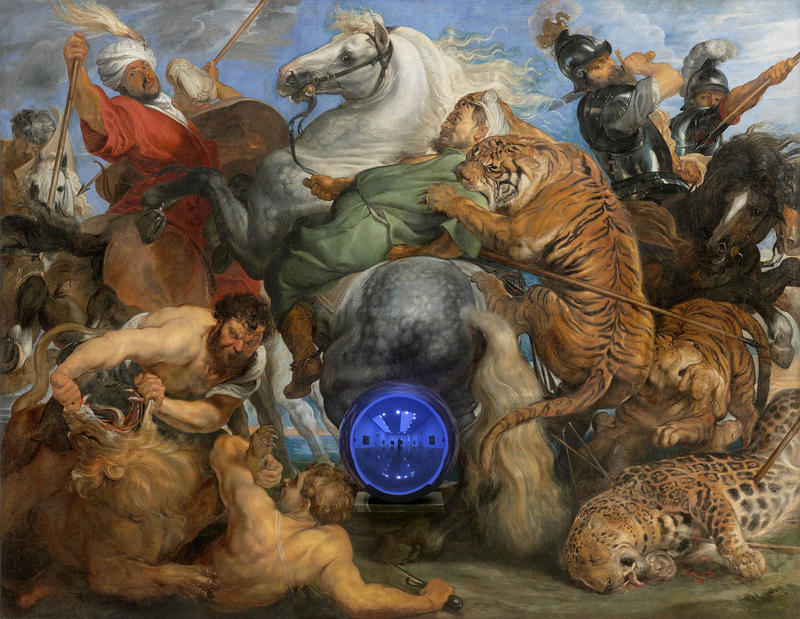 The rest, as they say, is history. Three years later in 2019, 17 of Jeff Koons’ works are installed in all their glory in the Ashmolean, and the American artist is patiently taking questions from star-struck journalists. For the Ashmolean it is nothing short of a slam dunk. Tickets are selling faster than for any previous show in its history.

The central room (second of three) contains towering, shining works whose curved surfaces reflect the viewer and room in a constantly shifting experience of gaze and reflection.

Koons, standing in front of the deep pink, 2.5 m high ‘Balloon Venus (Magenta)’, a mirror-polished stainless steel sculpture based on a balloon model, says: “Every twist that you see from the outside is what the balloon did and every chamber that you see here is interconnected.”

There is an inner tension in this bulbous symbol of fecundity.

He says: “I’ve always tried to make work that when somebody views the piece, they realise that the experience is about what happens inside themselves. That’s one of the reasons that I work with the reflective material. It affirms you. If you move, the surface of the sculpture starts to shift, so it’s about personal experience.”

There is undoubtedly a sense of awe inspired by the largeness, the gaudiness, the brightness and shiny-ness of the works in the main room that includes massively enlarged figurines of ballerinas in standing and seated poses.

“I try to make works that are super-charged so that when people are engaged with them they can have feelings and physical reaction taking place within their bodies,” Koons says. “At the same time the individual can feel these ideas within themselves - their own interests and their own potential. I like to think that that’s what art is, it’s the essence of your own potential.”

Perhaps this is an aspiration that Oli Lloyd-Parry, the Edgar Wind Society, the Ashmolean and Jeff Koons can all claim to have in common and live up to: they have found the essence of their own potential.

Jeff Koons at the Ashmolean is on show until 9 June 2019.