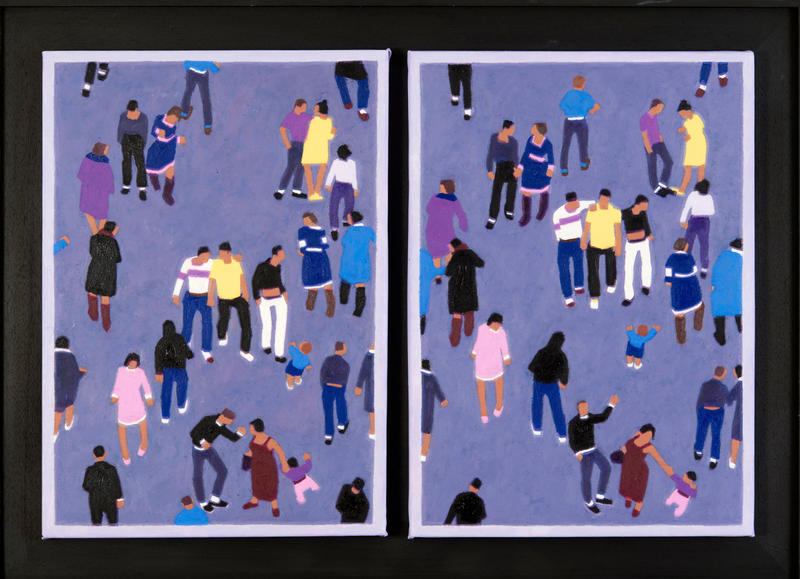 An exhibition of work by retired Ruskin teacher John Newberry comes to The North Wall this autumn, a return to Oxford after thirty years. From 1962 to 1989 John taught at the Ruskin School, showing his work there and holding exhibitions in Oxford galleries including the Ashmolean, Christ Church Picture Gallery, the Central Library and at St. Edward’s.

John Newberry began at the Ruskin School as a visiting teacher, but, with the introduction of the degree course in 1981, became a lecturer at Brasenose and was Acting Ruskin Master for his final two years. He lived on Boars Hill. He retired to Umbria in Italy, moved to Southwest France and returned to Britain in 2006 where he lives in Somerset with his partner of more than fifty years, the composer Bryan Kelly. 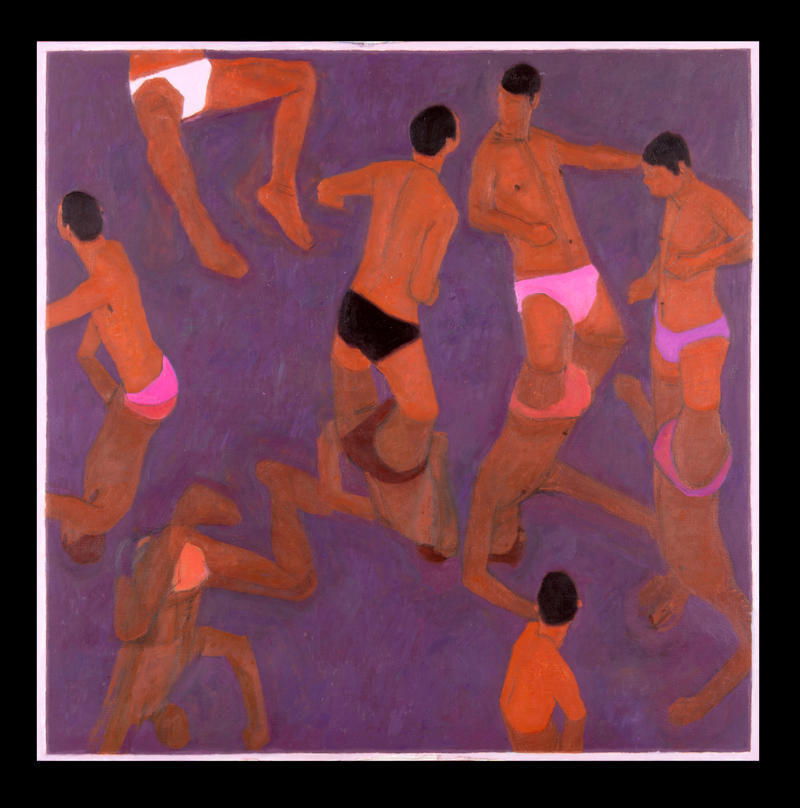 Born in 1934, at school at Kingswood in Bath, he did National Service and studied Architecture at Cambridge when Leslie Martin was Professor. After three years he transferred to read Fine Art at Newcastle under Lawrence Gowing and Victor Pasmore.

He is best known for his small watercolours, painted quickly out of doors and finished in front of the subject. He exhibited these annually at Sanders in the High Street and became a member of the Royal Watercolour Society in 1989. He continues to exhibit watercolours at Bankside.

By contrast the oils have always been painted in the studio. He has concentrated on compositions, groups of figures, trying to find a structure better suited to large canvasses than traditional perspective. The formal design of Japanese woodcut prints together with their everyday subject matter lead him to develop the use of parallel projection. The patterns this produces are more sympathetic to the rectangle of the canvas. There is no spectator view point, receding lines remain parallel and objects do not diminish in size with distance.

But this projection does not allow for solidity or space. It was through the modulation of colour that he found his way to organise figures flat on the surface that also have a sense of volume. Haptic colour uses the local colour of objects, but, in modifying the intensity or purity of the coloured paint, a feeling of three dimensions is produced. This system owes nothing to light and shade but is a manipulation of pictorial space, a convincing alternative to optical or photographic vision which Western painters have struggled with since the Renaissance.

His subjects are mostly figures. Animated scenes include football players and football crowds, builders on scaffolding, biblical reconstructions and the reality of world events. Several pictures are diptychs which echo the Japanese print inspiration, but which here give the viewer a sense of movement between one panel and the next as figures change position.

John taught at the Ruskin from 1962 – 1989 and was Acting Ruskin Master for the last two years. He became a member of the Royal Watercolour Society in 1989 and is well known for these works.